Home Where She Is Blog Precious God, Forgive Them, Because They KNOW What They’re Doing

This post is the last of the series of posts inspired by the 2015 Gay Christian Network conference held in Portland, Oregon.  The series introduction is here. 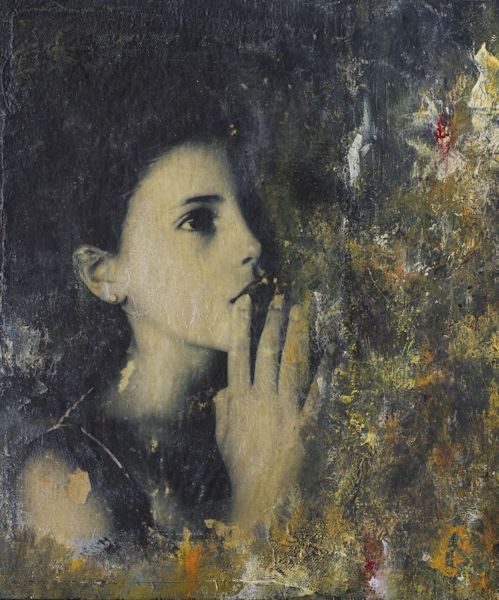 I’ve always argued that if the Christians who oppose our equality only understood the extent to which they were hurting us, they would stop.

Christians have been isolating themselves from us for so long that they just can’t know how bad it is.  In conservative or evangelical Christianity, the first thing that happens when someone comes out (as LGBTQ) is that other Christians turn away. They restrict access and build walls with rules and invalidation.

Since we’ve been exiled in the first act, nobody among the group that banished us ever knows what happens next.  We’re not around.  They don’t see the anguish in our eyes, or sit with us as we cry.

There’s nothing in what Jesus taught that condones hurtful behavior. The Gospel doesn’t urge us to wound each other.  The Gospel urges us to love and breathe life into ourselves, our neighbors, and the world.

So, I reasoned, if the Christians really were followers of Jesus and knew they were hurting us, they would stop.

But after spending a weekend with over a thousand LGBTQ Christians at the 2015 Gay Christian Network conference, and listening to story after story of injury and thoughtlessness, I am ready to admit that my previous explanation of Christians’ unawareness as an excuse for the pain inflicted is certainly no longer true.

Today, the evidence that Christian judgment and unkind behavior results in emotional injury— and sometimes even causes LGBTQ people to kill themselves, as we witnessed recently with Leelah Alcorn’s suicide— is clear and persuasive.  It’s only personal and institutional denial that enables people to pretend they don’t know the results of their injurious words and actions.

With all the LGBTQ people courageously coming out in conservative Christian settings, with all the information available freely on the internet and through print and broadcast media, with our new host of educators and speakers (both LGBTQ people and allies) reaching out to conservative and evangelical Christians, it would be impossible for someone to miss the obvious wounding of our people.

I am convinced that something that may once have been invisible is now visible. And yet the violent campaign of words and actions continues.

Perhaps those who hurt us see our pain and dismiss it as the wages of our sin.  Perhaps this is why they seem not to feel any responsibility.  Perhaps those who hurt us feel they have a divine mandate to make our lives uncomfortable.  Maybe they figure if our lives are comfortable— if we feel integrated, safe, and loved— we’ll have no motivation to return to what they determine to be the acceptable way of living our lives.

But these rationalizations don’t change the fact that they know we are in pain.

They know their child is in pain.

There are Christian leaders who have learned that fear mongering and creating and promoting outrageous claims about LGBTQ people, our community, and our intentions (the lie of the “Gay Agenda” is only one example) are useful and productive marketing and fundraising tools.

They know their actions cause a tidal wave of wounding in faith communities. They know.  But they don’t  show any evidence of caring.

But I no longer believe that they just don’t know.

And I don’t care what kind of mental gymnastics keeps them from integrating that understanding.  It doesn’t matter.  What matters is that they see our pain and it doesn’t move them.  They see us hurt; they see us begging them, as fellow believers, to love us. And they are unmoved.

We’ve been providing convincing biblical arguments for almost 40 years.  We’ve been telling our stories, asking for an end to this war on our souls.  And they remain unmoved.

On one occasion an expert in the law stood up to test Jesus. “Teacher,” he asked, “what must I do to inherit eternal life?”

“You have answered correctly,” Jesus replied. “Do this and you will live.”

But he wanted to justify himself, so he asked Jesus, “And who is my neighbor?”

In reply Jesus said: “A man was going down from Jerusalem to Jericho, when he was attacked by robbers. They stripped him of his clothes, beat him and went away, leaving him half dead. A priest happened to be going down the same road, and when he saw the man, he passed by on the other side. So too, a Levite, when he came to the place and saw him, passed by on the other side. But a Samaritan, as he traveled, came where the man was; and when he saw him, he took pity on him. He went to him and bandaged his wounds, pouring on oil and wine. Then he put the man on his own donkey, brought him to an inn and took care of him. The next day he took out two denarii and gave them to the innkeeper. ‘Look after him,’ he said, ‘and when I return, I will reimburse you for any extra expense you may have.’

“Which of these three do you think was a neighbor to the man who fell into the hands of robbers?”

The expert in the law replied, “The one who had mercy on him.”

Jesus told him, “Go and do likewise.”

I thank God for Letha Dawson Scanzoni, Kristyn Komarnicki, Susan and Rob Cottrell, Wendy Gritter, David Gushee, Danny Cortez, and all the other straight evangelicals who understand we are their neighbors, and who minister to us by doing what they can to end the Christian assault on LGBTQ people.

I cannot express the depth of my gratitude.

But for me, I’m going to turn my attention toward my own people.  I’m going to try to figure out how to help the wounded among us move through our trauma and pain to become the extraordinary spiritual human beings that Christ/Sophia created us to be.

Maybe with Her help I’ll be able to, someday, as well.