A ViewPoint by Dr. Laura Grimes 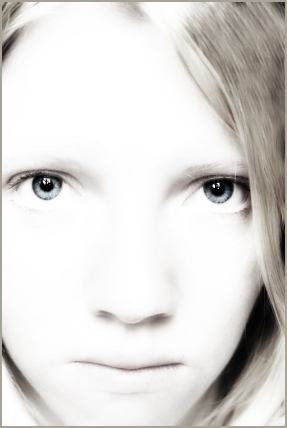 Except in our patriarchal rape culture and rape church, which rarely takes any action for justice in the area of sexual assault, within or outside its walls.  The vast majority of Christians will experience a lifetime of preaching and religious education without once hearing that rape is a grave sin to be avoided or repented–or that God weeps with survivors, fights for their protection and healing rather than shaming them into justice-free forgiveness, and calls all Christians to as well.

In 2009, H.T. of Norwood, Mass., was a child of fourteen when she was raped and impregnated by Jamie Melendez, a twenty-year-old man. Like one-third to one-half of the 25,000 to 32,000 women who conceive through rape each year in the U.S., she chose to birthe and raise her daughter, now three, with her mother’s active support.

She recently graduated from high school, quite impressive since she balanced studies, mothering, and the re-traumatization which our legal system inflicts on rape survivors—especially those who face tough decisions about pregnancies resulting from sexual assault.  H.T.’s case was so clear-cut—Melendez entered her mother’s house while she was alone and bullied her into intercourse, and DNA testing confirmed his paternity—that she became one of the fortunate tiny minority of rape survivors to see her attacker plead guilty and receive a criminal conviction.  However, she, rather than the rapist, was the one to be punished and betrayed by the judge, who heard the initial case which concluded in 2011 as well as those in subsequent legal proceedings.

Melendez, presumably as the result of a plea bargain, received not one day of jail time—just sixteen years of probation, which have become a hellish and dangerous sentence for H.T. and her daughter.  Rather than the just response of terminating his parental rights and providing for the child’s support through criminal restitution administered through the state, as H.T. and her lawyer requested, the judge instead ordered him to enter family court proceedings—in which H.T. is a coerced participant—to declare paternity and arrange for child support. This enabled him to torment his victim further by suing for visitation rights, after years of showing no interest in the child, solely as a weapon—he offered to withdraw his request in exchange for not paying the child support.

Similarly, rapists often bully women into not prosecuting, leaving them free to both rape again and pay no support, with the offer to voluntarily terminate parental rights in exchange; many women accept this devil’s bargain rather than risk shared custody or visitation.

Others are awarded visitation in the many states—including Massachusetts–which allow this and make women’s lives a living hell by forcing them to stay in contact throughout the child’s minority, delaying the healing process from the initial assault. If such women reveal any hint of their justified anger and resentment they can even have custody stripped from them and awarded to the rapist for “parental alienation.”  H.T. recently sued the Commonwealth of Massachusetts, protesting this lengthy forced relationship with her rapist, but justice was denied her; an appeal is in process.

Her case actually helped inspire the strongly protective Florida law, as described in an article which contains horrifying assertions by the rapist’s lawyer that the sex was consensual despite her extreme youth and the six year age difference, and that the rapist had matured and was “genuinely interested” in being a father.

This case reveals the underlying reason that so many rapists do seek custody, despite social assumptions that they never would – huge numbers of them don’t know that they are rapists, and society endorses this by minimal or nonexistent punishment even in demonstrated gross violations of girls’ and women’s human rights.

Another young girl in Indiana recently impregnated at thirteen by a seventeen-year-old who raped two other girls, one of them twelve, was vilified as a whore by her town and further traumatized when this rapist was tried as a juvenile and sentenced only to probation.

Her courageous choice to give life to her child has meant accepting the likely loss of her dreams of becoming a veterinarian, while he will likely head to college and continue his socially endorsed attacks on countless other young women.

The tide is slowly changing on this issue, with Illinois  and Florida being the most recent states to enact provisions to better protect these mothers and their children.  There has also been a federal law proposed by a bipartisan group in the House which has the important feature of only requiring “clear and convincing evidence” of rape rather than a criminal conviction, required in many states for termination of parental rights and almost impossible to obtain in our rape culture.

Shauna Prewitt, who became a lawyer to help other women after she was forced to fight her rapist for custody of her daughter, has an impressive and detailed article demonstrating this and other weaknesses of legislation in many states.  She also analyzes the social factors driving this lack of justice, above all the false stereotypes of rape as a strange man (usually black) violently attacking a woman (usually white)—rather than the eight out of ten rapes in which the perpetrator is the woman’s acquaintance, date, live-in partner, or husband.

She also calls out common assumptions that all women “validly raped” would naturally want to abort the patriarchally defined “rapist’s child” rather than a truly pro-choice stance which would ensure that option is safe and legal for women who discern it as the more healing choice for them, but also protect women from feeling driven to it by fears of ongoing contact with their attackers, and  offer full support for those who find empowerment in parenting or adoption instead.

(A recent article detailed a troubling trend of burdensome obstacles, lack of access, and retraumatizing requirements for pregnant rape survivors seeking termination, pointing out that all conservative pro-lifers appear to have learned from the Akin and Mourdock debacles is to attack raped women quietly).

Speaking and working for the removal of parental rights from all rapists should be a high priority of all Christian communities as well as an ideal place—seen recently in my own state of Ohio–for common ground and dialogue between pro-lifers, pro-choicers, and the many who consider themselves either “both” or “somewhere in between.” 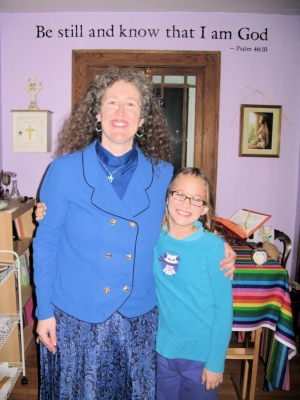 Dr. Laura Grimes is a feminist theologian, liturgist, and hymn writer; spiritual director and retreat leader; and a wife and mother of two daughters, two sons, and one mischievous bunny.  She also blogs at Feminism and Religion.

The Impact of Sexual Violence