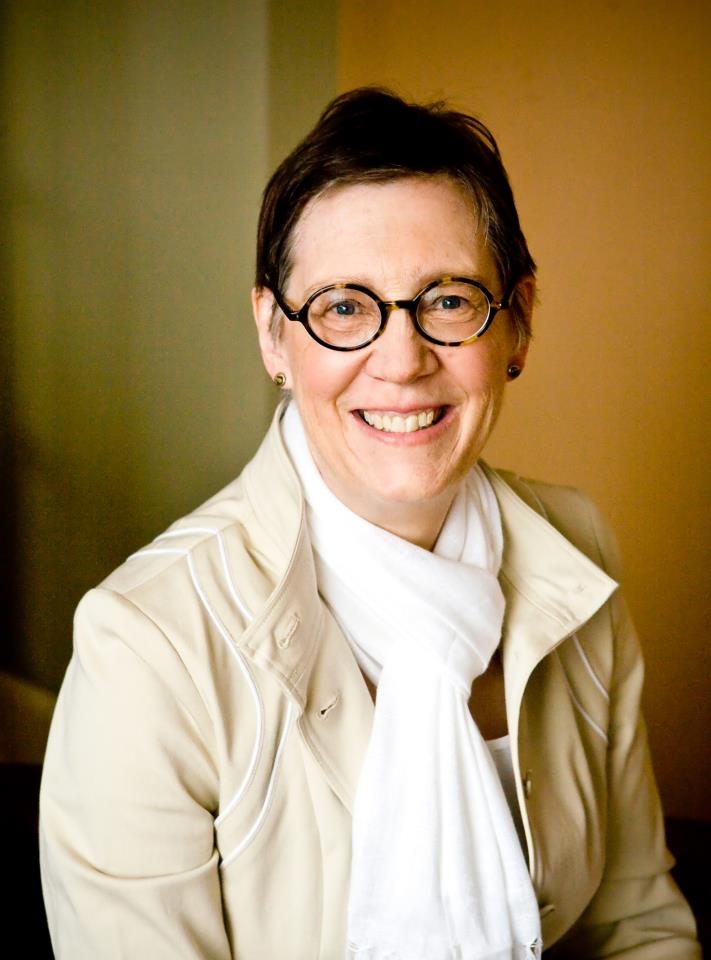 Rev. Janet Edwards, Ph.D. will be the featured speaker at the 2017 GCN WomenConnect retreat, which will take place on the afternoon of January 5, immediately preceding the first General Session of GCN’s conference, “Stories Inspire.”

Janet thoughtfully agreed to be interviewed here on Where She Is prior to her retreat presentation. On Tuesday, December 13, I provided readers with an introduction to her life and work, and followed that up with a three part interview.  This is part three of the interview.  Part One is here and Part Two is here.

My questions are in bold, Janet’s answers are in regular type.

I have noticed that while men often remain in a ministerial position at a church for much of their careers, most of the women I know do not.  So many of the ordained women I know over 40 have left church positions to serve in other capacities, such as being a chaplain, or leading some other type of faith oriented organization.

I suspect this is because women pastors/ministers/priests still suffer greatly under various expressions of patriarchy.  Women pastors I’ve spoken to often talk about pay inequality and lack of respect (often outright hostility) from certain congregants.

Has this been your observation?  Do you know any women who have stuck it out?  What was your motivation when you left your last paid ministerial position more than 15 years ago?

Yes, I agree that there is still a great deal of resistance to women in the role of senior pastor in a church.

I have known women who have stuck it out, even some who have “climbed the ladder” to the top rungs of tall steeple city churches. They have been leaders in their regions (presbyteries) and at the national level (General Assembly). Along with their clear gifts for pastoral ministry and congregational leadership, the ones I know shine with a palpable spiritual power. Parish pastor has so obviously been their home.

I left service as the responsible pastor in a small congregation when I had two children under the age of five and my husband was working hard to establish an internal medicine practice that might require him to go to the hospital at any time several nights a week. I could not be in a position where I might be called out, too, to an emergency for a parishioner.

It also was clear, I confess, that there was a limit to my pastoral juices, so to speak, (love, patience, kindness, gentleness, self-control). I saw that I did not have enough for both our family and a parish. I admire those who do, but I did not. My first commitment had to be family. I thought I would return when our children were old enough but big children also need focus and I had become so known as a liberal in a conservative area that possible calls were limited.

There are lots of reasons for women to leave parish ministry, I’d say. Complicated family circumstances and fewer openings because of the implosion of the American church experienced first in the mainline but followed now by the evangelical church, as well, to name two. The bias that blights women’s service is one among them, in my experience.

Your thesis for your Ph.D. was on the “Spiritual Formation of Motherly Love.”  That sounds so fascinating!  I wonder if you could tell us a little about that work.

One of my first professors at Yale Divinity School was Henri Nouwen, the prolific spiritual writer. He made a very deep impact upon me, introducing my very Presbyterian, Protestant soul to the universe of Christian spirituality.

When I returned to Pittsburgh to begin ministry, I was delighted to discover the Institute of Formative Spirituality at Duquesne University. Its founder was another Dutch Catholic priest, Adrian Van Kaam, who was eager to develop an approach to human spirituality based on existential philosophy and phenomenology. I finished a Masters degree at the institute a week before our first child was born. Years later, once both our children were in school all day, I went back to school, as well, entering the Ph.D. program.

Every dissertation was based upon a moment in one’s own experience where we felt that spiritual formation had occurred, that some foundational shift had occurred in a profound way. The experience I chose was a few minutes when our older son, Sebastian was about four days old. My husband had left for work. An older woman from the church I had served had agreed to help me these first days at home after Sebastian’s birth, and we had discussed his care. He had just nursed and was lying in his crib. I turned to go to take a shower and realized I had not said good-bye to Sebastian. I picked him up, held him close, and said into his ear, “I love you.” Then I gave him to Edith and left to shower.

While I was in the shower, I realized I had no idea what I had meant by saying I loved Sebastian, but I committed myself right then to make sure I became certain of what it meant.

The first year in the Ph.D. program included choosing that event from six possibilities. The next three years held an analysis of that experience using the methodology of Formative Spirituality, resulting in a thesis claiming three dynamics in the formation of motherly love (acceptance of supportive care from a trusted other, acceptance of both attachment to and separation from the child in the context of appreciative apprehension, and acceptance of the value of one’s own formation) and proving those dynamics through these being attested to in a wide range of academic and literary sources.

The thesis itself is locked in the language of Formative Spirituality, like most doctoral theses. I did use my work in a program I offered to struggling mothers at the Arsenal Family and Children’s Center, whose director was on my dissertation committee. And right at the time of the comprehensive exams at the end of the second year, I experienced at a retreat a clear call “to be a pray-er.” Since then, more than 20 years ago, that has been my central, core purpose: to be a pray-er, a person who prays. Sometimes this has meant being a spiritual director or teaching about prayer, but mostly it is giving myself to prayer, the inner journey and the outer journey. I hope all I do comes from this place. I treasure my experience at Duquesne.

I have to draw our reader’s attention to a piece you wrote in 2011 after the attempted assassination of Rep. Gabby Giffords in Tucson, AZ. The piece, “Incendiary political speech is aggressively selfish,” is so relevant today.

In that piece, you say, “Incendiary political speech is aggressively selfish, willfully denying responsibility for the great harm that can be done by our speech to the fabric of our political life together.”

Sadly, things are still just as bad as they were in 2011, probably worse. Any further thoughts on this growing problem, almost six years later?

Deepest thanks for pointing out this reflection from five years ago. It is extremely relevant to today. I very much agree with my insights from that time.

I am not sure I have anything to add beyond grieving that incendiary political speech has become so much more prevalent; in fact, normalized for many. Just as then, we all have the responsibility to counter the constant dangerous speech with obedience to the unenforceable values of respect for the other upon which community is built. Our presidential election has shown me how fragile the structures of our democratic society are. Incendiary talk radio and mushrooming Internet media will not be going away. In fact, it looks like we may be hearing it from the White House itself. We now have a measure of how hard we need to work at strengthening community in the face of the powers and principalities attacking our value of respect for all.

In closing our discussion, could you give readers an idea of what you will be talking about at the 2017 GCN WomenConnect retreat?

In light of the conference theme, Stories Inspire, and the plan for a good number of inspiring stories to be shared in the program at the women’s retreat before my part, I intend to use my time to teach the Storytelling section of Becoming an Inclusive Church resource from the Welcoming Resources faith organizing arm of the National LGBTQ Taskforce.

My desire is to empower the women there to tell their stories in small and large settings, because our experience in mainline churches is probably no different from evangelical ones.

The most effective way to transform minds and hearts is to help people realize they know and love LGBTQ people already. This puts the burden on us to share ourselves with those around us. I expect I will tell some of my story through the course of this just by example.