Home Book Reviews The Risk of Returning: A Novel 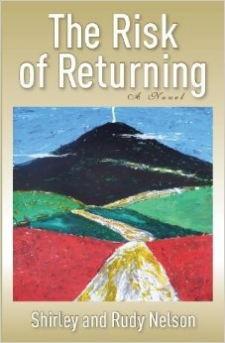 Rudy and Shirley Nelson, gifted writers and Christian feminists who have been married for more than 60 years, have coauthored  a fascinating novel about a son of a missionary who dares to return to Guatemala in 1987.  He thus enters a zone of great secrecy and danger.  Governmental military forces are killing hundreds of their own citizens in an attempt to liquidate guerilla warfare and all popular resistance to the government.  In their final note, the Nelsons explain that the American CIA had supported Guatemala’s terrorizing of its own citizens, and that in 1999 President Bill Clinton had admitted publicly  that Washington had been wrong to assist the counterinsurgency campaign.

But this is a novel, and the Nelsons skilfully draw their readers into caring about Ted Peterson as the “communist missionary’s” kid who takes the risk of returning because he needs to know why his father had felt guilty at the time of his death.  One rarely encounters a suspense novel in which the protagonist reminisces about insights from C. S. Lewis and the Bible and gets intimately involved with the mysterious woman who is helping him relearn his Spanish, but it’s all here.

The Nelsons capture the dreadful secrecies of a nation warring against itself and a citizenship where friends wonder constantly whether they can trust one another.  The suspense sweeps the reader along until gratification comes on the final page.  To quote one of the book’s more unusual phrases, this is one “whoopdefuckindo” of a novel!  I loved every minute of it.