A ViewPoint by Esther Emery 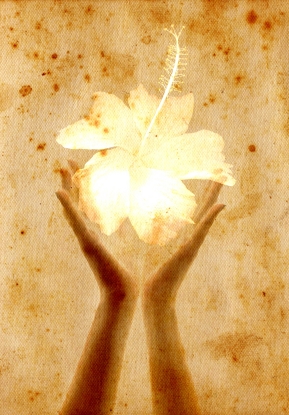 There is a point of struggle in conversations within the Christian church dealing with sex and shame.

We break at this point: where the emerging value of sexual agency meets the traditional value of marital fidelity.

On the one hand, we cry out for freedom from shame. We renounce the modesty rules. We tire of patriarchal family constructs. We recognize the full humanity and value of non-heterosexual love relationships. We sense that there are untapped resources to be found in a more relaxed, more positive vision of human sexuality.

We struggle against cultural pressures that define sex as free and easy. We live in a marketplace in which sexuality sells cars and beer, and we want to protect ourselves and our children from profanity and commodification. We resist high school health education classes in which sexual activity is assumed and teenage abstinence is treated like a child’s imaginary friend.

A typical response is to emphasize the value of fidelity. We point out that same-sex relationships can be as fully committed as opposite-sex ones. We continue to define “good sex” as what happens in the marriage bed. We continue to talk about self-control and policing our desires.

However, this position can rightly be criticized as a watered-down version of purity culture, as T. F. Charlton does here. It still potentially shames anyone who has sex before marriage. It still has little grace for divorce. It does little for the woman who enters a heterosexual marriage relationship without confidence in her body or her sexuality and as a result is vulnerable to abuse.

We will find it in the feminine face of God.

It is right here, in our Bibles. Right there in the Song of Songs is a vision for a sex-positive culture that does not particularly emphasize marriage. Instead it offers a vision of love so piercing it is indistinguishable from poetry.

Believe me, I have seen the confusion between sexual freedom and harmful promiscuity. I would love to save my children from that way. But I do not believe that the path to a culture of marital fidelity and faithfulness is legalism.

Instead, let us unleash the feminine face of God as a positive force in ourselves and in our children.

The fallout from the first teaching is that, especially subconsciously, we don’t think that women reflect God in ourselves and as ourselves.

The fallout from the second teaching is that we can think of sex as a passive element interacting with an active element.

Most insidious is the unspoken idea that women can reflect God sometimes, but not when we’re naked. I mean, we can be holy and good as long we’re not actively seeking sex. You can even be the mother of God as long as you’re not having sex. But once you’re looking for sex, you might as well be go dark because you are already.

As long as men have all the sacred authority, in sacred (wholesome) sex, only men can have the verbs. I become a profane female occupied by sacred (image-bearing) male. And any sex that doesn’t work this way is shamed and marginalized.

There is shame for the feminine, either way.

This is our history. In pursuit of a sex-positive culture of fidelity and faithfulness, it is our obstacle.

To fully disentangle feminine sexuality from shame we must be able to imagine a woman who is holy without being passive or virginal.

To reclaim a culture of good sex, we must know good sex as a God thing – a big huge awesome holy God thing! – made so not by gender or gender-expression or mechanics, but by nothing less than mutual reflection of divinity.

Let us walk towards a non-shaming culture that resists profanity and commodification of our sexual selves. Let us unleash the feminine face of God as a natural and fully empowered counterpart to the male.