A ViewPoint by Peg Conway 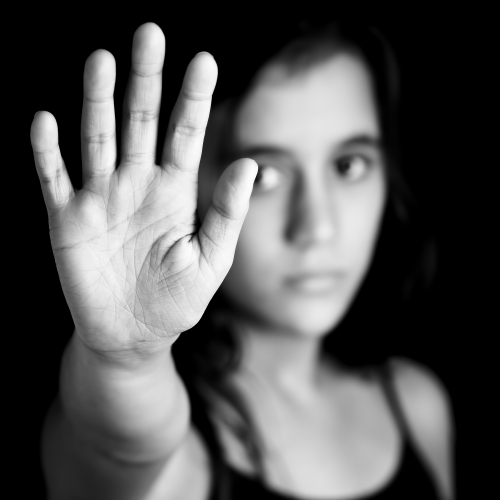 I was pretty horrified recently to read about a freshman male at the University of Illinois Chicago campus, age 19, being charged with sexual assault of a female classmate, also 19, in a case involving re-enactment of scenes from the film Fifty Shades of Grey. He is accused of using restraints and striking her with a belt and his fists, and an arrest report indicates the woman pleaded with him to stop multiple times and that he named the movie as inspiration for his actions. The arrival of his roommate allegedly stopped the attack. When the judge asked his lawyer why someone like him, an evidently promising student and leader, would let a movie persuade him to do something like this, she replied that her client would say it was consensual.

Regardless of the legal outcome of this situation, young lives are forever damaged. A line a little further down in the Chicago Tribune article points to a more fundamental dynamic that I find of grave concern: The defendant’s lawyer states that “The two had ‘previously been intimate’ but were not dating.” Hook-up culture, friends with benefits, or whatever you call such uncommitted sexual encounters, have become an accepted part of young adult and even teen experience, though the long-term impacts of this practice are not fully known.

From a Christian perspective, sexual ethics can be extremely difficult to discuss in any kind of nuanced manner, particularly in the Catholic setting with which I am most familiar, because the Church’s sexual teachings are so rigid and narrow. They offer no shades of gray to accommodate the many and varied situations that real life presents. Church teachings are seen as obsolete, irrelevant to the 21st century, and seldom factor in to sexual decision-making by people of any age.  Thus movies and other media messages readily fill the void.

Better alternatives to these opposite extremes presented by church and culture do exist and merit attention. This incident in Illinois prompted me to finally read Margaret Farley’s book, Just Love: A Framework for Christian Sexual Ethics, a work I learned about via media reports in 2012 when it was censured by the Vatican. A Sister of Mercy, Farley is an emeritus professor at Yale Divinity School, where she taught from 1971 to 2007. Just Love was originally published in 2008 and results from decades of interaction with students which caused Farley to recognize the urgent need for such a framework, a need all the more imperative today.

The heart of the book to me is her seven norms for evaluating a sexual relationship on an ethical basis. They are accessible enough to be applied by ordinary people in their everyday lives, reflect a positive, inclusive view of humans as sexual beings, and speak to contemporary sensibilities. Additionally, these norms suggest a communal context for sexual relationships that is hopeful and affirming. I pose them here as questions one could ask in regards to a particular situation.

Is there any harm being done to either person?

With this first norm, Farley places the discussion under a wide ethical umbrella: Do no unjust harm.  In any context, people can harm each other in many different ways, including physical, psychological, and spiritual, as well as failure to support, assist, care for, or honor. All of these are included in the sexual realm. But this norm has special significance in regards to sexual matters, because each person is vulnerable in ways that go deep within. The “unjust” qualifier is included because sometimes justified harm occurs, for example when pain is part of a helpful medical treatment.

Have both people given their free consent?

Free consent respects the right of each person to choose their own actions and sexual relationships. At the most basic level, it means respect for the other person’s bodily integrity but also includes honesty because deception and lying are manipulative, and therefore diminish free choice.

Mutuality is one of those religious words that can be off-putting, but it really only means that each partner is both giving and receiving.Though never perfectly achieved, it requires patience, trust and acceptance.

Equality is important because it relates to power. It means not treating the other person as a commodity or property, and while equality may not be perfect either, it has to be “balanced enough for each to appreciate the uniqueness and difference of the other.”

To what extent is there commitment?

Commitment historically has been at the heart of Christian teachings about sex in order to regulate procreation and desire. Today we recognize that the sexual life needs nurturing as much as limits.  Farley describes two pathways to sustain sexual desire, by novelty of partners to avoid boredom or through a long-term relationship of shared life and enduring love. The second way is only possible through commitment. At minimum, commitment consists of following the norms of free consent, mutuality and equality.

Fruitfulness moves considerably beyond biological procreation to assess whether and how life within a relationship moves out to be shared with others through service, beauty, and nurturing care. Farley suggests this measure might apply to all types of interpersonal love, whether sexual or not.

Is social justice being served?

Social justice means not only justice between the two people but includes all persons in a community. Individual relationships must respect every person’s needs for acceptance, well-being and spiritual safety. This norm takes into account issues such as gender and racial equality, as well as domestic violence.

Would this sexual ethic based on justice make a difference to young people? In Farley’s own words from Just Love: “We know the dangers as well as ineffectiveness of moralism, and the potential dangers of narrowly construed moral systems and rules. We do not yet know whether an ethic of just love and just sex will transform any young person’s understanding or action. Insofar as we care about our children, it is worth a try.”