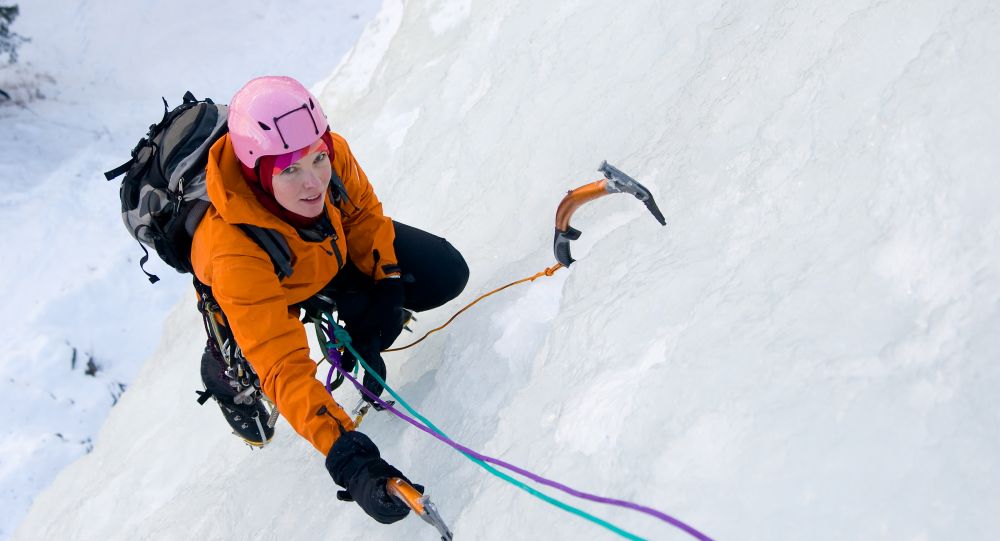 In the early to mid-1980s, when the question of civil rights for gays and lesbians was in the air, conservative Christians, already wary of feminism, were warning that it was a slippery slope that would lead to—oh horrors!—“approving the homosexual lifestyle.” (See Letha Scanzoni’s article on our website, “Christian Feminism and LGBT Advocacy.”) Although I wasn’t convinced of the connection at the time, today I am. But rather than sliding down a slippery slope to perdition, I see advocacy of both issues struggling upward against powerful traditions of hierarchy and inequality.

In order for certain Christian fundamentalists to avoid publicly announcing that they support male leadership and hierarchy, they prefer a softer term, “complementarianism,” despite its seven-syllable length. But it amounts to the same thing. Although God created two sexes equal in value and worth that together reflect God’s image, they say, males were created to be loving leaders in both home and church, and females complement the males by intelligently—but willingly— submitting to their leadership and serving as helpers.

You can find it spelled out on the website of the Council on Biblical Manhood and Womanhood (CBMW), an organization that arose to counter evangelical feminism. Bruce Ware’s article on the CBMW website describes the complementarian position thus:  The man Adam was the leader over Eve because he was created first (Genesis 2). But this arrangement was disrupted by sin, described in Genesis 3:15-16 as woman desiring to usurp the authority given to man, and man ruling over woman in potentially abusive ways. Redemption through Christ restores the proper role differentiation. Ware continues,

Passages such as Eph. 5:22-33 and 1 Tim. 2:8-15 exhibit the fact that God’s created intention of appropriate male leadership and authority should now, in Christ, be fully affirmed, both in the home and in the church. Wives are to submit to their husbands in the model of the Church’s submission to Christ, and women are not to exercise authoritative roles of teaching in the Church in view of Eve’s created relation to Adam. Male headship, then, is seen to be restored in the Christian community as men and women endeavor to express their common humanity according to God’s originally created and good hierarchical design.

Would he say that about slaves and masters in the same section of Ephesians (chapters 5 and 6)?

Readers may also wish to read my article, “Subjection, Submission, and Subversion in Household Codes”  to see another way to understand Ephesians 5 and other examples of what are called the “household codes,” i.e., instructions addressed to the various members of a typical household in New Testament times.

Lest the description of complementarianism provided by Ware above raises feminist readers’ blood pressure, note that our evangelical sister organization, Christians for Biblical Equality (CBE), challenges this theology through numerous articles, blogposts, and other resources. For example, a recently featured blogpost by Kristin Rosser was titled, “The Consequences of Complementarianism for Men.” Of many negative effects on men, Rosser includes the corruption resulting from an imbalance of power.

But this complementarian position can only be held if the Bible is read “on the flat,” as if it were written for contemporary people and contained no scientific or historical errors. In Lesson 5 on “gender disputes in Bible translation,” I referred to the book co-written by Wayne Grudem and Vern Poythress called The Gender-Neutral Bible Controversy: Muting the Masculinity of God’s Words. A light bulb went on for me at that point. These authors really believe God is masculine and, further, that the male leadership and patriarchy pervading the biblical texts is not simply a reflection of these ancient cultures but is part of God’s plan for humankind. Yes, inerrantists would condemn abusive male domination in the Bible (which they would likely say is brought on by the behavior of  evil, conniving women like Jezebel usurping their place), but they are nevertheless convinced that God definitely supports proper male leadership and female submission.

Such sharp distinctions between genders are but one example of the original worldview that we find in the Hebrew Bible. God creates every living thing “according to its kind” (i.e., Genesis 1:12, 21, 24, 25). A literal interpretation of this poem in Genesis 1 precludes the notion of evolution, since every plant or animal was created distinct from every other. Purity laws prohibit various kinds of mixing: sowing a field with two kinds of seed, wearing a garment made of two different materials (Leviticus 19:19), women wearing men’s clothes and vice versa (Deuteronomy 22:5). The notion of such separate roles for women and men seems to have originated in this tendency to categorize.  The emphasis is on the maintenance of a prescribed order, with the rules laid out plainly and a designated place into which everything must be fitted. (See “Conservative Christians’ Love Affair with Hierarchy” by Letha Dawson Scanzoni.)

There is not space here to discuss how the Bible, as a collection of ancient writings, reflects the worldviews and cultures of the various time periods in which these writings emerged. (You might want to review Dr. David Scholer’s guidelines for interpreting scripture from Lesson 7 and his point that taking into account history and culture is essential to understanding. ) More on this later. But even in the midst of a story immersed in thoroughly patriarchal ancient Mediterranean cultures, threads of justice and enlightenment are woven into the text, especially in the Old Testament prophets and in the egalitarian message of Jesus in the New Testament. What complementarians are calling God’s plan is what Christian feminists would see as part of fallen hierarchical culture in need of drastic change through following the way of Jesus (i.e., Philippians 2:5-8).

We don’t have to be rocket scientists to see that complementarians would have a hard time with families headed by either two women or two men. Jim Brooks from the Southern Baptist Theological Seminary puts it more strongly on the CBMW website:  “Supreme Court decisions to legalize same-sex unions are the latest salvo in Satan’s long battle against the institution of marriage. . . . Satan hates marriage. He hates Christian marriages in particular. . . .”  (Well, Jim, maybe Satan hates gay marriages too!)

Accepting LGBTQ people into fundamentalist churches would also disrupt the rigid leader-follower patterns that are supposed to follow gender roles. Imagine bisexual, transgender, or gender fluid people trying to fit into such a church congregation! Who would rule and who would submit?

Future lessons will discuss human sexuality in the Bible in much more depth. But it may be helpful to know why churches who teach or assume biblical inerrancy and male headship can never fully welcome LGBTQ persons.

Questions for discussion or reflection:

1.  What is your experience, if any, with persons or churches holding a complementarian point of view?

2.  Cite examples in the Bible that assume patriarchy and/or patrilineal descent.

3.  Do you think the three new Barbie-doll shapes, recently added to the original, may or may not relate to a complementarian worldview? If so, how?

Does the Bible Teach Biological Complementarity?