Home Reta's Reflections “Strenuous Tolerance”:  Can we get along when we don’t agree? 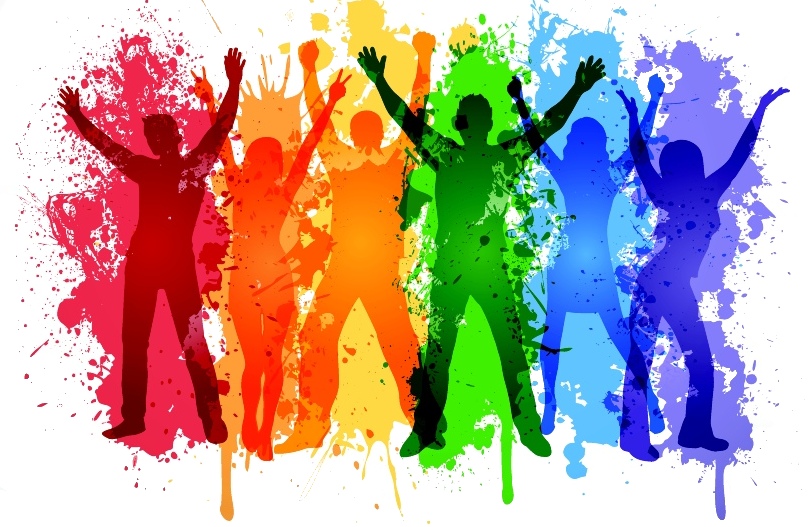 When I was a child, Sundays were sacred. Church in the morning, a nice meal (usually with meat that wasn’t hot dogs), visiting friends, taking naps, or playing games in the afternoon and evening. One Sunday school teacher told us not to buy anything or eat at restaurants on Sundays, or we’d be making other people work. But since then I have heard little teaching about “hallowing the Sabbath.”

On the other hand, my nephew and his wife are firm vegans—no meat, eggs, or cheese—because of our inhumane treatment of animals. Nor do they use products that use other animal parts. My nephew teaches a college class on the ethical treatment of animals. In our carnivorous society, this is clearly a minority practice.

Theology and ethics in Romans

In the 50s of the first century, the inclusion of non-Jews into the Jesus-communities of Rome created many problems. (See Lesson 14 for the background of Paul’s letter to the Roman believers.) Rock-solid practices commanded in Hebrew law and observed for centuries by faithful Jews were being ignored by former pagans. Eating meat considered “unclean” under Jewish law (such as pork, rabbit, or shellfish) or any meat not butchered kosher made no sense to these Gentiles, and they saw no reason to set aside special days to forsake work and celebrate Jewish history. If Paul preached a law-free gospel premised on “the faithfulness of Jesus Christ” (Rom 3:21-24), why should they be forced to obey Jewish laws? From a Gentile point of view, these were merely rules of ritual purity set up to keep Jews apart from other people.

But arguments over purity laws soon have ethical repercussion when beliefs and attitudes affect how we treat other people. If clean/unclean food creates a fight, how can believers in a mixed house church eat together and share the Lord’s Supper as a sign of unity? If Gentiles ignore the Sabbath and other Jewish holy days, how can they worship together at all? Hostility, arrogance, slander, and other moral failings must have attended their disagreements.

Paul deals directly with these tensions in Romans 14:1–15:13. This text is part of the climax of his letter dealing with ethics. Paul lays out his inclusive theology in chapters 1-11, then shows the Roman believers how to live out that theology with each other in chapters 12-15. And what he says in Romans 14:1-12 proves to be a huge moral challenge for both sides of the conflict.

The “weak” (those who still depend on observing food and Sabbath laws) are unwelcome at the common meal and instead are “despised” by those who eat anything (14:1-3a). Conversely, the observant Jews “pass judgment on those who eat” (14:3b). In 14:5-9, Paul says the same thing about those who “judge one day to be better than another while others judge all days to be alike.” Paul’s ethical solution is for everyone to “be fully convinced in their own minds” (14:5b), while allowing others to be convinced of a different opinion about laws of ritual purity.

Hard as that may be to accomplish, moral implications go even further in 14:13-23. Paul identifies himself with those who assert that “nothing is unclean in itself,” but he insists “it is unclean for anyone who thinks it is unclean.” Therefore, “if your brother or sister is being injured by what you eat, you are no longer walking in love” (14:14-15). Then Paul encourages the observant Jews to obey their own convictions. If they eat against their own scruples, they will be condemned (14:23).

There is a further step in keeping the church unified, one that is radically Christ-like. In Romans 15:1, for the first time Paul calls the law-free individuals “strong” (dunatos, from where we get dynamite) and considers himself one of them. Unlike the NRSV, this verse literally reads, “We the powerful (dunatoi) ones ought to carry the weaknesses (asthenemata) of those without power (adunatoi). Previously, the “weak” were called asthenoi (not strong) in 14:1. This word change suggests that the Gentile position is also the more powerful political and socio-economic position within the Christian community  that Paul was addressing, since conservative Jews had been refugees now returning home with little. This is why the strong must carry the actual weaknesses of those in a politically weaker position. The strong do not need to agree with or approve of the position of the conservatives, but they do need to empathize with them, as Jesus did (see 15:3).

Today people still argue over food or who gets to take holidays off, but not for the same reasons as first century observant Jews. We see these laws as traditions we can take or leave without moral implications. Instead, churches fight over what to do with LGBTQ Christians in their midst and whether their sexual desires are sinful or not, or whether they should be expected to remain celibate or even try to become heterosexual. What has been seen as a moral issue, science has helped us understand is influenced by genetics and not subject to change. There are more varieties of sexuality than we ever knew. Yet our Euro-American culture has a long tradition of granting heterosexuality to be the only normal and ethical option, with any alternative viewed as abnormal and immoral. This cultural assumption is similar to the individual consciences of those Roman Jews for whom eating unclean meat or not honoring certain holy days was sinful and offensive.

According to Romans 14:1–15:6, what really matters ethically is how we treat other people and how consistent we are in living by our own consciences without condemning others who differ from us. The challenge—especially in matters relating to sexuality—is deciding which actions are intrinsically hurtful to others and which are not. We should actively oppose prostitution and pornography, for example, since they are obviously hurtful, especially for women and girls. But, as I have tried to argue in these lessons, same-sex love and marriage should be evaluated by the same moral standards as heterosexual love and marriage.

Can we get along? Questions for discussion and reflection

If we accept Paul’s standards of “strenuous tolerance”* through agape love in this scripture, how can this be worked out on a practical level in communities and congregations where there are divided opinions on LGBTQ issues?

1.  Who scorns and “despises” those with conservative scruples? Who “passes judgment” on those who are more permissive?

3.  Who are the “weak” who need to be welcomed? Who are the powerful ones (dunatoi) who should not please themselves (Rom 15:1-3) but should carry those less powerful and empathize with them?

4.  If Paul’s concept of “strenuous tolerance” is applied to LGBTQ issues within a group of believers in a religious community, what might be the difficulties of applying such a concept to the larger civil society in relation to legislation (for example, non-discrimination ordinances, marriage equality decisions, and beliefs about religious freedom that counter civil rights rulings)?

5.  Are disagreements about abstract ideas or about following or not following ritualistic rules different from disagreements that involve the dignity and worthiness of fellow human beings (for example, historical arguments among Christians about an economy built on slavery or, in our present time, about full LGBTQ inclusion?

*I owe the term “strenuous tolerance” to my Romans professor, Dr. Robert Jewett.  My thanks also to my editor, Letha Scanzoni, for suggesting questions 4-6—as well as her careful editing of each lesson I write.

Note: Find a longer essay on the same topic with more details and suggestions, titled “What Can We Do When We Don’t Agree? Christian Tolerance in Romans 14:1-15:6,” by Reta Halteman Finger, in To Continue the Dialogue: Biblical Interpretation and Homosexuality, edited by C. Norman Kraus (Pandora Press, 2001), pp 209-222. (PDF copies for personal use only can be obtained by email from the author, Reta Finger, through the EEWC-Christian Feminism Today office.)