Home ViewPoint Blog “With his Stripes”— The Messiah Resonates in 2014 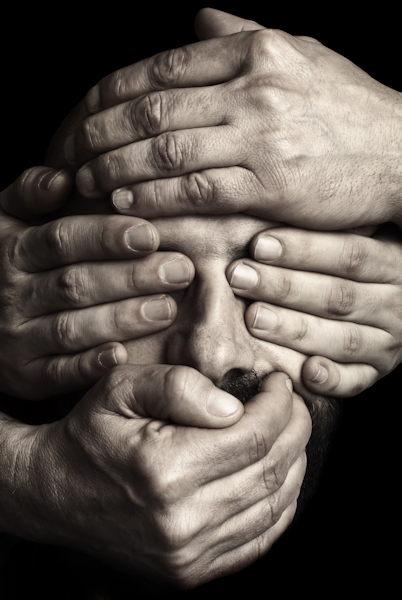 Handel’s oratorio The Messiah carries a different message each season to each listener.

This year I was amazed by how the words and music written in 1741 moved me in a different way from the year before.

I had just read news reports of the Senate Intelligence Committee’s investigation into CIA use of torture in the years after the 9/11 attacks.

Gruesome images came to mind as the Los Angeles Master Chorale began “Part the Second” of The Messiah in a somber tone: “Behold the Lamb of God that taketh away the sin of the world.”

Yes, this world needs a redeemer. Each day’s news makes that clear. “Glory to God in the highest” with angels, shepherds and the birth scene are not the whole story. The sweet recitative of the opening tenor—“Comfort ye my people”—is not the whole story either.

To get to “Part the Third” with its trumpets sounding—“and the dead shall be raised incorruptible, and we shall be changed”—we have to be dragged through Part Two, which is not fun at Christmas time.

“He [was] despised and rejected of men; a man of sorrows and acquainted with grief” (Isaiah 53:3 KJV). Flash from angels on high through Jesus’ life to Good Friday.

Alongside Jesus, this year Gul Rahman came to mind, tortured and left to die in November 2002 in the “Salt Pit,” a then-secret CIA prison in Afghanistan.

“He was naked from the waist down and had been chained to a concrete floor. An autopsy concluded that he probably froze to death,” writes Joseph Tanfani and W. J. Hennigan in an LA Times summary of the Senate report. Chained, nailed, naked—torture methods don’t change much in twenty centuries.

The next lines of the libretto felt a little too graphic for the occasion—a fine performance in Disney Concert Hall in downtown Los Angeles.

“He gave his back to the smiters, and His cheeks to them that plucked off the hair. He hid not His face from shame and spitting”—words that Handel’s friend Charles Jennens took from Isaiah 50:6 KJV, changing them from first-person to third-person. Pretty graphic words to be handed down from the 6th C. BCE to now.

Then we heard “wounded for our transgressions” and “with his stripes we are healed,” again from Isaiah 53.

Whipping, pulling out hair, and spitting brought to mind the “enhanced” techniques authorized by Attorney General John Ashcroft on July 24, 2002, and the waterboarding he approved two days later. (What was I doing that summer? For sure, I was not keeping track of my government’s use of torture.)

Tanfani and Hennigan summarize the resulting abuse of one prisoner, Abu Zubaydah, at a secret camp in Thailand:

Shortly before noon on Aug. 4, Zubaydah was stripped naked, shackled, hooded and slammed into a concrete wall. He was then placed in a coffin-like box. At 6:20 that night, he was waterboarded for the first time.

He coughed, vomited and had “involuntary spasms of the torso and extremities,” the CIA noted….

Those tactics—combined with face slaps, stress positions, sleep deprivation and other painful techniques—continued in “varying combinations, 24 hours a day” for 17 days. He was waterboarded 83 times in all….

In all, he spent 266 hours—11 days and two hours—locked in the pitch-dark coffin, and 29 hours in a much smaller box. In response, he “cried,” “begged,” “whimpered” and grew so distressed that “he was unable to effectively communicate,” the interrogation team reported.

“Surely he hath borne our griefs and carried our sorrows” (Isaiah 53:4 KJV)—Abu Zubaydah and Gul Rahman, as well as our Messiah. These men were “wounded for our transgressions.” For me this year, that translated to “You and I did not stop our government from committing these atrocities.”

We didn’t pay good money to hear a message like this.

“We shall be changed,” shouted the forty-eight members of the Chorale repeatedly.

From the first quiet line of the tenor “Comfort ye my people” to the final frothy “Blessing and honour, glory and power,” The Messiah never disappoints.

Handel and Jennens made sure that it would be a crowd-pleaser, but they also adhered to the gospel truth about our lives, including the sin and sadness.