Home Articles The Supreme Court and Same-Sex Marriage: Part 1 of a Three-Part Series

Part 1 of a three-part series
(read part 2, “The Civil Rights Challenge of the Coming Decade: RFRAs, Wedding Cake, and Faith,” here)
(read part 3, “After the Supreme Court’s Ruling on Same-Sex Marriage: A Long Road Ahead.” here) 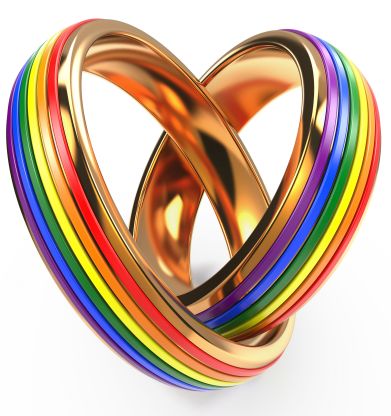 On April 28th the United States Supreme Court will hear a same-sex marriage case that is expected to settle some significant Constitutional questions.  In this three-part series, I want to highlight some issues that are important to Christians who believe in and work for justice for the LGBT community.

This article explains the questions and possible answers that the court will provide when the same-sex marriage case is handed down, likely in June.  The second article  will outline two areas that I think are even more fundamentally important for LGBT rights: cases related to employment and consumer protection rights that are winding their way through the courts. These cases directly highlight the tension between some Christian communities and gay people. Finally, when the court hands down its same-sex marriage decision, I will explain what the justices said.  I’ll also explain how the marriage case hints at where the court might go in the employment and consumer protection cases.

The case taken up by the Supreme Court comes from the Sixth Circuit Appellate Court that handled appeals from Ohio, Tennessee, Kentucky, and Michigan.  Each state had a law or practice of issuing marriage licenses to only heterosexual couples.  Gay couples who were residents of these states brought lawsuits challenging this practice as a violation of the U.S. Constitution’s Fourteenth Amendment’s equal protection clause.

Other same-sex couples had been legally married in another state but then moved to one of these states that did not allow same-sex marriage.  They brought lawsuits challenging the state practice of allowing only heterosexual couples to be listed on death certificates or birth certificates.  These couples argued that the state’s refusal to recognize their marriages, which had been legalized in another state, ran afoul of both the equal protection clause and the due process clause of the Constitution.

All federal courts at the appellate level handling similar issues in other districts across the nation have sided with the same-sex couples. But, the Sixth Circuit judges took a different approach. They said that the democratic process of voters should decide LGBT issues rather than the courts; the Constitution, they argued, leaves policy matters like this to the states.

The court has a choice of three different options.  First, the justices could say that while it is perfectly constitutional for states to decide to recognize same-sex marriage, the Constitution does not require this.  Furthermore, states do not have to recognize the legally performed marriages of other states.  If the court takes this approach it will be taking a narrow perspective of the equal protection clause, suggesting we must rely on the democratic voting process rather than constitutional analysis to accomplish change in this area.

I do not think the court will go this way because it would open a difficult avenue for the future.  We rarely have states refuse to recognize the public acts of other states.  Marriage, divorce, adoption, driver’s licensing, and so forth, are all areas where states generally grant comity to the orders of others as a matter of courtesy, respect, and reciprocity.  The litigants in cases related to those areas did not refer to the Constitution’s full faith and credit clause, which  specifically says that the public acts of one state must be recognized by other states.  But the power of this clause is a little confusing because, in 1979, the Supreme Court said— quite briefly and without full explanation— that this clause did not mean states had to recognize public acts of other states that violated their public policy values.

The Sixth Circuit Court of Appeals said the full faith and credit clause did not apply in its decision to uphold the bans on same-sex marriage in Ohio, Tennessee, Kentucky, and Michigan, which were challenged by same-sex couples in those states. but we may well see some justices of the Supreme Court talk about this clause in a different way.  For the court to specifically grant states the right to ignore public acts of other states would create confusion about the full faith and credit clause.

The second approach the court could take would be to say the Constitution does not require states to recognize same-sex marriage, but the due process and equal protection clauses do require states to recognize the public acts of each other.  So, if a couple is legally married in one state, all other states must recognize that marriage.  The court could use the equal protection clause, the due process clause, or the full faith and credit clause to make the ruling regarding a state’s public acts.  I predict that there will be a plurality of justices that agree with this perspective.

If you listen to or read about the oral arguments, pay attention to how the court frames the particular right it will be analyzing.  If a justice talks about the “right to same-sex marriage,” this will be a clue that the justice is not leaning toward protection of LGBT couples.  Marriage is not mentioned in the Constitution so how can there be a right to it? But, if a justice talks about the “right to equal protection of the law” that is a clue that states might not be allowed to discriminate in this matter.

Read part two of the series, “The Civil Rights Challenge of the Coming Decade: RFRAs, Wedding Cake, and Faith.” 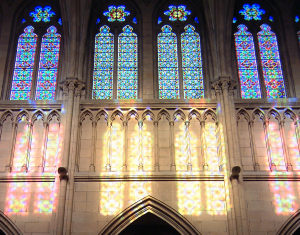 Letha Dawson Scanzoni
"In times of social change, any hint of change in the status quo stirs up fears of disorder. The more rapid the change, the more loudly come the calls for clamping down, holding back, conserving the status quo, stressing hierarchy over equality, law over grace."

A Profile of Writer Susan Campbell