Home Articles After the Supreme Court’s Ruling on Same-Sex Marriage: A Long Road Ahead 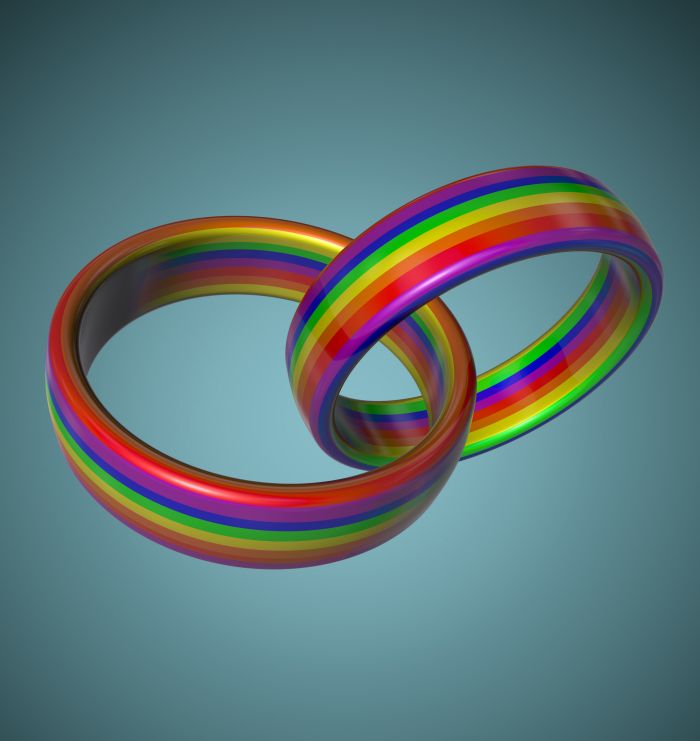 This past June (2015), the Supreme Court ruled that marriage is a fundamental right and that all states must recognize same-sex marriage (Obergefell v Hodges). Now, after months of celebration and PRIDE parades, it’s time to look at the decision a little more closely.

First, I’m so happy about the result. But second, I need to point out that the Court’s decision did little to help guide us in balancing the rights of the gay community with the interests of conservative religious people. This issue of balance is at the root of a lot of conflict in the areas of employment and consumer protection. It’s also at the root of most of the litigation we will see in the future. Sadly, I think the Obergefell majority opinion was poorly argued and is going to cause more problems than it solves for the LGBT population. As Christians committed to justice for LGBT people, we need to be extra attentive to a number of matters.

Normally, a Supreme Court decision not only settles an issue but gives guidance about how similar conflicts should be handled.  Those of us watching Obergefell thus expected the Court to more fully clarify what constitutional test should be used in assessing LGBT rights. In decisions involving a dispute about constitutional rights, the Supreme Court often chooses between one of two balancing tests to use: a low level rational basis test or a high level strict scrutiny test .

The selection of the test is important because, when the low level rational basis test is used, the group asserting discrimination almost always loses.  But when the high level strict scrutiny test is used, those arguing that some policy limits their rights will often win.  For a couple of decades many Court watchers have been hoping to see the Supreme Court determine that LGBT claims ought to be analyzed under the higher level strict scrutiny test. If the Court clearly said strict scrutiny was the appropriate test, all further litigation would be subject to this test. Furthermore, there would be an excellent tool for advocates to use in situations where the LGBT population experiences discrimination—housing, employment, health care and so forth. Sadly, the Court skirted the matter and did not use either constitutional test, specifically avoiding the use of test language.  The Court wrote a lovely policy argument—really a beautiful argument about the general rights and humanity of the LGBT population.  This was great to read; but as a legal matter, it is going to cause some problems.

Unfortunately, with no tests and no levels of scrutiny, there is no clear constitutional argument for LGBT advocates to use when they face First Amendment religious freedom arguments.  We do not know if strict scrutiny or rational basis should be used for LGBT claims. We do know, however, that strict scrutiny is often invoked for the faith-based community.  This means that, as of now, religious freedom has a stronger constitutional claim than LGBT rights in a variety of ways. Moreover, Justice Kennedy’s Obergefell majority opinion explicitly addressed faith-based institutions. He said the First Amendment ensures that they are given “proper protection as they seek to teach the principles that are so fulfilling and so central to their lives and faiths, and to their own deep aspirations to continue the family structure they have long revered.”  This line invites further litigation for faith-based businesses to challenge state laws that require them to serve same-sex couples. It also may invite states to pass laws protecting religious institutions at the expense of LGBT claims. We know that our current Supreme Court is eager to protect even for-profit faith-based businesses because it was only a year ago that Justice Kennedy joined the majority to find that Hobby Lobby, a Christian business, could be exempt from parts of the Affordable Care Act.

So, what now? There are at least two issues that we have to pay careful attention to—issues that may need compromise rather than an all-out winner-take-all zero-sum battle.

The first has to do with consumer protection. The Court has said that all states must issue marriage licenses to gay people, but it has not said whether conservative people of faith must serve same-sex couples in wedding preparation.  Photographers and bakers all over the country are refusing to allow their professional services to be used in same-sex weddings.  When gay or lesbian couples bring a lawsuit under the state consumer protection laws, laws that forbid discrimination on the basis of sexual identity, the lower courts have sided with the same-sex couples.  But these cases are making their way to the Supreme Court, and after Obergefell and Hobby Lobby, we have no idea what approach the Court will use to analyze these cases.

The second issue that the courts will be dealing with has to do with employment.  The federal employment discrimination laws do not include protection for LGBT people.  There is pending legislation that would broaden non-discrimination to these groups, but its passage is unlikely in the near future.  We expected this legislation to pass this year with a provision that would have  exempted religious institutions from the non-discrimination employment policy.  For years, this limited protection was one that LGBT advocates sought.  But recently LGBT advocates have withdrawn their support for this kind of legislation, saying that allowing religious institutions an exemption is no longer acceptable. The future of legislation like this will depend on what the new Congress and White House look like.  President Obama has been willing to sign executive orders forbidding employment discrimination against LGBT people even for religious institutions as it relates to federal contracts, but we have not seen this kind of protection expanded into other regions.

One interesting development is that, in a scarcely publicized decision, the Equal Employment Opportunity Commission has recently ruled that discrimination against gay people falls under gender discrimination for analysis in employment matters.  This opens a new arena in which LGBT advocates can litigate; but as the decision gains traction, I think there will be a backlash from religious freedom advocates to include more exemptions for religious institutions.

Supreme Court jurisprudence should help to decrease litigation by guiding us in our thinking about the balance of rights. The Obergefell decision gave us no methodology to use and that means litigation for decades.  I’m afraid that the impact of this case will be to increase both uncertainty and litigation at every state and federal level. We have much more work to do, and I think that Christian feminists can contribute to the discussion in at least one important way.

I’m working on a project that explores possible political compromise between LGBT advocates, including many Christians, and conservative religious groups. I’m hoping that EEWC members would be willing to engage in conversation in the comment section on this question: do you think that religious institutions should be given an exemption from laws forbidding discrimination against LGBT people?  I expect that for many the answer will be “no.” But reflect on these examples:

1.  If a church performs weddings for a fee, but performs weddings only for people that agree to its stated theological beliefs (including its interpretation of the Bible as forbidding same-sex sexual relationships), should that church be allowed to discriminate against those that will not sign the theological statement? What about if we are talking about a baker that runs the whole bakery according to an articulated theological foundation—making cakes only for couples that sign the statement?

2.  Should a faith-based college be allowed to hire only those who declare themselves to be heterosexual Christians if it makes its policy clear to everyone—so that even students know before they start college that the institution discriminates?

The challenge is that the Constitution protects religious liberty, even while it also requires equal protection.  Because the justices in Obergefell were not clear about what equal protection really ought to mean, the protection for religious liberty is much stronger than that for LGBT people.  We have to ask ourselves if we want to engage in a fight, or if we are willing to compromise. In my view, a democratic republic ought to make room for a variety of different perspectives.  I think change occurs faster and more permanently when it is grass roots change rather than imposed by law.  But I am not in the LGBT population, so I need to hear from others on this matter as I work on this project. 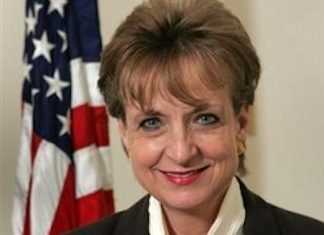 Anne Linstatter
It may seem like the safest thing to do—uphold patriarchal structures for the powerful rewards of economic security and male approval. Once a person starts down this path, any doubts may be silenced by others in the group or by one's own need to avoid cognitive dissonance.

A Little Crack in the Wall for LGBTQ Roman Catholics