God willing, this Thanksgiving Day Christians, Muslims, and Jews might be able to express feelings of hope and thanksgiving that the first steps toward a Middle East peace settlement have been taken.

UAE Minister of State for Youth Affairs Shamma Al Mazrui referred to the recent Abraham Accord normalization agreement between the UAE and Israel, expressing hope that it would usher in a new era of “radical tolerance and radical love in our region and the world.”

The preamble to the Abraham Accord Treaty of Peace, Diplomatic Relations, and Full Normalization between the United Arab Emirates and the State of Israel includes a special reference to the Arab and Jewish common heritage, as descendants of Abraham, and the concomitant need “to foster in the Middle East a reality in which Muslims, Jews, Christians and peoples of all faiths, denominations, beliefs, and nationalities live in, and are committed to a spirit of coexistence, mutual understanding, and respect.”

Each year in the autumn, Jews in synagogues worldwide listened to the reading of Genesis chapters 21 and 22 on the first and second days of Rosh Hashanah, the Jewish New Year Festival. Jews hear about Prophet Ishmael (Genesis 21) as well as Prophet Isaac (Genesis 22).

Reading about the patriarch of the Arab people is part of our Jewish tradition because these events are basic to our identity as Jews, and chapter 21—the story of the birth and banishment of Ishmael—establishes our Jewish connection to all of God’s non-Jewish children, especially Muslims.

When God saw the young Ishmael was about to die, the Torah text tells us, the God of the Hebrew Bible heard the voice of all children, including Ishmael, in their suffering and misery, as well as in their joyous and hopeful moments.

After these events, a few chapters later, we next hear about when Isaac and Ishmael meet again (Genesis 25:9) at the funeral of their father Abraham. Islamic and Jewish tradition both agree that Prophet Abraham visited Prophet Ishmael’s distant home on at least two different occasions to make sure his family relationships were suitable. These pre- and post-funeral reconciliations are why the Torah’s describes Abraham as “contented” in his old age.

The time for enmity is over. Everyone knows how important fasting during Ramadan and daily worship and prayer are in Islam; but few non-Muslims know that Islam considers reconciling with people to be better than many acts of worship.

Prophet Muhammad said: “Should I not tell you what is better in degree than prayer, fasting, and charity.” They [the companions] said: “Yes.” He said: “Reconciling people, because grudges and disputes are a razor [that shaves off faith]” (Ahmad, Abu Dawood, and At-Tirmithi).

Even more amazing is that Prophet Muhammad said: “The one who reconciles people is not considered a liar if he exaggerates what is good or says what is good” (Ahmad).

This is an excellent guide to dealing with the three-generation-old Israeli-Palestinian conflict. Rather than focusing mostly on what the other side did to us, we all should focus on how the conflict has hurt all of us, and how much better our future would be if we could live next to each other in peace.

The descendants of Prophet Isaac and Prophet Ishmael should negotiate a settlement that reflects the religious policy that “there is no sin upon them if they make terms of settlement between them – and settlement [reconciliation] is best” (Quran 4:128).

In the spirit of the Hadith and the Qur’an ayah quoted above, the Declaration of Peace, Cooperation, and Constructive Diplomatic and Friendly Relations between the State of Israel and the Kingdom of Bahrain is a bilateral, nonbinding declaration expressing the joint intentions of the two parties to enter into negotiations on a series of agreements in twelve fields of normalization.

The declaration includes agreement to establish “a culture of peace,” an expression which also appears in the Israel-UAE peace agreement.

Then, God willing, the Abraham Accords treaty may become the beginning of the fulfillment of a 2,700-year-old prophecy of Prophet Isaiah: “In that day there will be a highway from Egypt to Assyria. The Assyrians will go to Egypt, and the Egyptians to Assyria. The Egyptians and Assyrians will worship together. In that day Israel will join a three-party alliance with Egypt and Assyria, a blessing upon the heart. The LORD of Hosts will bless them saying, “Blessed be Egypt My people, Assyria My handiwork, and Israel My inheritance” (Isaiah 19:23–25).

© 2020 by Christian Feminism Today.
Please request written permission before reprinting any part of this article. 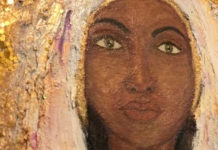 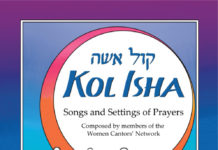 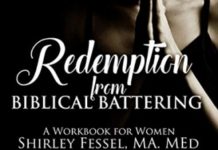 #KellyOnMyMind — The Death Penalty (or How to Ignore Jesus)