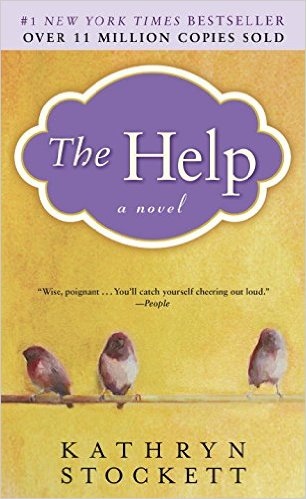 Robert Burns once gave expression to the wish that God had given everybody the gift to see ourselves as others see us.  Well, novelist Kathryn Stockett has provided precisely that gift to any woman affluent enough to employ other women as household “help.”

But beyond that already large group, there are people who have wondered what white privilege looks like to those who do not possess that privilege.  Such people should make a beeline to whatever store, outlet, or library can supply them with Stockett’s brilliant novel The Help.  For that matter, men who want to understand male privilege could also catch a vision of it here.  And a lively sympathetic imagination could enable any reader to extend these depictions of race, class, and gender privilege to include heterosexual privilege, non-Semitic privilege, fully-abled privilege, and so forth.  In short, Kathryn Stockett has written an absorbing story that also enables us to see ourselves as those less privileged are bound to see us.

Fortunately, white privileged readers are given a character with whom we can identify as she gradually lives and learns.  She is Miss Skeeter, a 23-year-old white college graduate who finds the racism, classism, and sexism in 1962 Jackson, Mississippi to be increasingly obvious and annoying.  When she needs to find a writing project authentic enough to earn her a position in New York City publishing, she conceives of the project of getting black maids to share their perceptions of their employers and their general social context.  The project is dangerous because these are the years when Martin Luther King Jr.’s dreams have begun to stir, and white resentment is tremendous.  What happens during the writing and after the publication of Miss Skeeter’s book forms the suspenseful backbone of the plot.  With interesting symmetry, the title of Miss Skeeter’s project turns out to be The Help.

Chief among the courageous black women who dare to tell the truth about their lives are Aibileen and her best friend Minny.

Aibileen’s chapters are written in present tense, colorful Black English, full of love and wisdom.  She is the tender “mother” of little Mae Mobley, whose own mother is much too busy running club meetings to pay much attention to her own baby girl.  Mae Mobley is the seventeenth white baby Aibileen has raised, meanwhile mourning the death of her own 24-year-old son.

Aibileen’s friend Minny is an outstanding cook but cannot control her desire to speak the truth to power.  When we meet her, she has just lost another job for being “sassy” and is working for an insecure white woman who is too “common” for Jackson’s inner circle and who desperately needs a friend.  Minny speaks in a hard-hitting mix of standard English and vibrant black phrases.

Miss Skeeter, just out of the University of Mississippi, speaks standard (white) English but learns volumes as she gradually earns the trust of Aibileen, Minny, and others among “the help.”  Through them, she eventually finds out what happened to her beloved Constantine, the black woman who was her maid, her “mother,” and her closest confidante, who has disappeared without explanation while Skeeter was away at school.

In an epilogue, Kathryn Stockett reveals that she had a maid named Demetrie who had died when Kathryn was only sixteen.  She also reveals that her favorite line in The Help emphasizes the similarities between women of differing color and class: “We are just two people.  Not that much separates us.  Not nearly as much as I’d thought.”

And Stockett expresses gratitude to Howell Raines, a former New York Times executive editor, for his concise expression of what she has struggled to depict:

“There is not a trickier subject for a writer from the South than that of affection between a black person and white one in the unequal world of segregation. For the dishonesty upon which a society is founded makes every emotion suspect, makes it impossible to know whether what flowed between two people was honest feeling or pity or pragmatism.”

The Help richly deserves its many weeks at the top of the New York Times best-seller list. Stockett, a white woman from Jackson, overcame her fear and tackled this tricky topic by creating the voices of three women whose lives are forever entangled and unforgettable.