Studies in the story of Jonah—Lesson 4 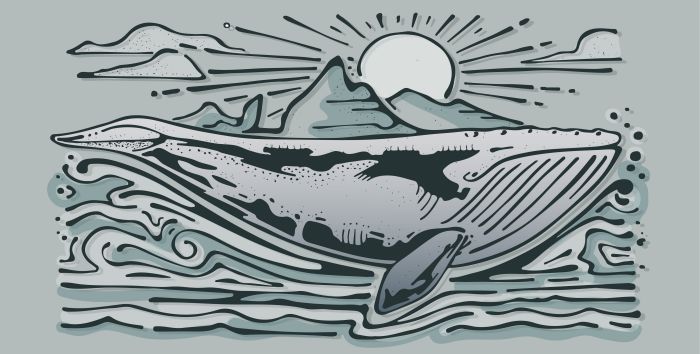 Not being an economist, I can’t recall all that zigzag logic. But the twists and turns in Jonah’s story work in a similar way. He keeps running away from God, but the more stubborn and disobedient he is, the more everyone around him experiences salvation from destruction, and finally evil Nineveh repents and prays to his God. That’s good, isn’t it?

But from Jonah’s perspective on Nineveh’s repentance in Jonah 4:1-11, that’s bad! In 4:1, a more literal translation from the Hebrew would be: “Jonah was so displeased he considered this an exceedingly great evil and his anger burned within him.” His God has betrayed him by forgiving his worst enemies and withholding the just punishment they deserved. A deity who changes his/her mind? Jonah cannot bear to live in such a twisted world, and in 4:3 he begs to die.

Jonah’s distress is theological and spiritual. In 4:2 he quotes from the bedrock of Israelite faith found throughout their scriptures: “YHWH is a God merciful and gracious, slow to anger and abounding in steadfast love and faithfulness, and relents from punishing” (e.g., Exodus 34:6; Numbers 14:18; Joel 2:13).

But in Jonah’s mind this mercy and love is just for Israelites. YHWH is a tribal God who will punish the nations around Israel but show mercy to God’s own people. Since Jonah’s experience has proved otherwise, he hurls this faith statement back at YHWH. Through gritted teeth he snarls:  “Isn’t this what I said while I was still in my own country? This is why I fled to Tarshish at the beginning! I knew you are a gracious God and merciful, slow to anger and abounding in steadfast love, and ready to relent from punishing. That’s exactly the problem!” What Jonah prefers is a God of rigid justice—for his enemies.

The question of genre

Throughout these lessons on Jonah, a question has persisted:  what genre is this little book? Short story? Yes. Recorded history? No. A parable? A satire? A farce?

In her commentary on Jonah in The New Interpreter’s Bible Dictionary, the eminent feminist Hebrew scholar Phyllis Trible settles on Jonah as midrash. A midrash is a type of Jewish literature that explicates a biblical text or teaching. In this story the point being made is centered around the Jonah 4:2 text on the mercy and love of God. But what Jonah quotes from his scriptures (such as the passages cited above), he has now twisted into biting sarcasm.

The midrash continues. YHWH absorbs Jonah’s anger, and Jonah stomps outside the city to sulk and “to see what would become of the city” (4:5). He still hopes for violent destruction. When God appoints a bush to grow up quickly and shade him from the sun, is this a sign God has another change of heart? But then God sends a worm to kill the bush, causing further despair. Again Jonah begs to die (4:8).

YHWH has the last word. “You cared about a short-lived bush (at least for your own comfort). Should I not care about the 120,000 people in the city of Nineveh who are innocent—and also many animals?” End of story.

What is the point of the midrash?

The prophet who tried to outwit God stands for ancient Israel, who assumed YHWH was their national deity who would show mercy and love to them and oppose their enemies. Even today we see this attitude expressed by some Israelis and other Jews who support appropriating Palestinian land for settlements and who treat Palestinians as second-class citizens. God gave the Chosen People this land and they have a right to it forever.

Such god-and-country theology has proved useful for many American Christians. We have not learned much about Jonah’s God. Throughout our Civil War, both sides claimed that God was on their side, yet neither side observed even the principles of Just War theology. During two world wars, we were told America was on the side of God’s justice, no matter how much violence it took to win. Today we hear that America is under threat from ISIS and other Middle Eastern terrorists whom we assume are unredeemably evil and must be killed whenever possible.

God’s last words to Jonah provide an additional argument for saving Nineveh: there are 120,000 innocent people (half of them women!), “and also many animals.” Today we callously call this problem “collateral damage.” God clearly does not.

The story of Jonah teaches us that God cares about those we perceive as our worst enemies. Jonah’s dilemma was the opposite of Job’s. Job’s agonizing question to God was, “How can God let bad things happen to good people?” Jonah asks how God can allow good things to happen to bad people. Both of these books challenge other scriptures that promise blessings for those who obey God’s laws and curses on those who don’t. In both cases God responds with open-ended questions with which we must wrestle.

1.  What do you see as the main point of this story?

2.  Have you ever felt betrayed or cheated by God?

3.  If God cares for our enemies and the people we love to hate, what are the political and theological implications?

4.  Why do you think the book of Jonah is read by Jews during the afternoon service of Yom Kippur ( the Day of Atonement)?

The story of #Jonah teaches us that God cares about those we perceive as our worst enemies. Click To Tweet

Ancient Wisdom from a Foreign Woman