Home Reta's Reflections The Rider on the White Horse— Revelation 19:11-16 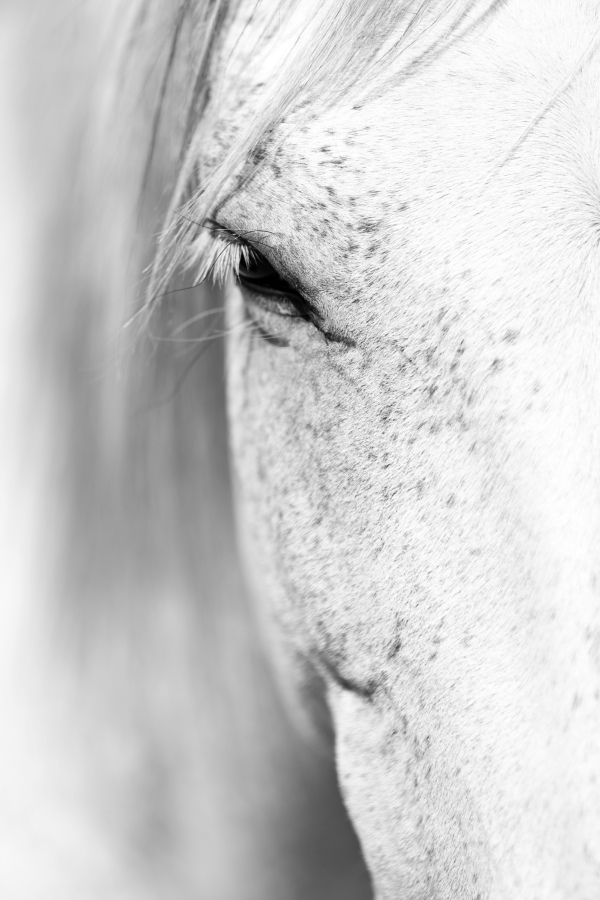 In our last lesson, the Lamb and his bride were celebrating their marriage supper—and now in Revelation 19:11-16, a white horse appears to whisk them away so they can “live happily ever after”!

Oops, wrong story! This is not Cinderella—but if we stay with John’s visions long enough, we may eventually reach “happily ever after.” In the meantime, the plot thickens with seven more visions! Their symbols and allusions echo previous scenes to tie up loose ends and to create new puzzles and questions. Forget your calendars, wear your apocalyptic hats, and remember recapitulation from past lessons! Eugene Boring calls these seven visions “an eschatological tour through an art gallery in which God’s victory at the end of history is treated in seven different pictures.” Each is “complete in itself, with its own message and with little concern for chronology” (Revelation: Interpretation commentary, p. 195).

A white horse and a “Faithful and True” Rider

For this lesson, we’ll stay with the first vision (19:11-16). After rejoicing in heaven in 19:1-10, John is apparently back on earth. But now, like the prophet Ezekiel, John sees heaven itself open up (Ezek.1:1)—not just a door, as in Revelation 4:1—to reveal a white horse! A white horse stands for conquering and victory, as we’ve seen in 6:2 with the Parthian archer, the enemy Rome feared most. But the rider on this horse comes in “righteousness” (justice) to judge and make war, and his name is “Faithful and True” (v. 11).

Using themes of righteous judging from Psalm 96:13 and Isaiah 11:4, John makes it clear that this Rider is Jesus, the incarnation of Yahweh. James Resseguie notes that this is the third major image of Christ in Revelation. The other two “are the ‘one like the son of man’ [or the Human One] in 1:13-20 and the slaughtered-yet-risen Lamb in 5:1-14” (The Revelation of John, p. 236).

So far this picture sounds quite militaristic. Is this really Jesus, the nonviolent, slaughtered Lamb? But watch how John deconstructs this warrior image. The Rider is wearing a robe dipped in blood (v. 13), but since no battle has yet occurred, the blood can only be his own. Even though a sharp sword (v. 15) comes from his mouth, we have already learned in Revelation 1:16 that this sword, his only weapon, stands for his words, which can be as sharp and piercing as his eyes. Indeed, his additional name in 19:13 is “The Word of God.” In just and righteous judgment, the Rider expresses God’s word and will.

What about the “armies of heaven” that crowd the scene? Although they also ride on white horses, they carry no swords and wear pure, white linen instead of armor (v. 14). With his words alone, the Rider “will strike down the nations and…rule them with a rod of iron” (v. 15). But, as the NRSV footnotes, the word “rule” is more literally translated “shepherd” (Gr. poimainei), a term that turns the more violent “rod of iron” of Psalm 2:9 on its head.

Eugene Boring calls attention to the second part of Revelation 19:15, which speaks of treading the wine press of the fury of the wrath of God. The verb “tread” is present tense, not future tense as in the NRSV (Gr. patei) (Boring, p. 196). The Rider is treading the wine press of his own crucifixion, where his robe becomes red with his own blood. This contrasts with John’s allusion to Isaiah 63:2-3, where the speaker treads a wine press and enemy blood spatters over his robe.

Along with other commentators I have read, I am convinced that John’s theology, as a whole, calls for the deconstructed interpretation explained in this lesson. John “uses the ancient form of portraying the ultimate victory of God as winning a great battle in which those who have resisted God are slaughtered” says Eugene Boring. “But he fills this with new content.” Instead, “the Christ, the triumphant military king, is Jesus, the crucified man of Nazareth, who was crucified not as preliminary to his victory but as his victory” (Pp. 196-97).

The next few lessons will continue with these visions so full of symbols and allusions to Hebrew prophets that we need to absorb them slowly.

What You Didn’t Learn in Sunday School: Women Who Didn’t Shut...