But when the attendants delivered the king’s command, Queen Vashti refused to come.
Esther 1:12a

Xerxes was drunk, no other way to say it.
For six months, he strutted, bragged,
showed off his riches. For a full week,
he feasted and drank with princes
and soldiers. Wine was abundant
and the king imbibed freely.

No other way to say it, Xerxes was drunk
not only on spirits, but on greed and on pride.
He displayed silver, gold, linens
and pearls, gloated on envy in the eyes
of his nobles. That vain man craved more,
sent seven eunuchs to fetch me.

He sent seven eunuchs to bring one
more possession to stroke his own ego.
I was to enter wearing only my crown,
flaunt my face and my figure. I, Vashti,
was a king’s wife, no man’s concubine,
I was the queen and I would not come. 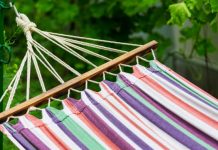