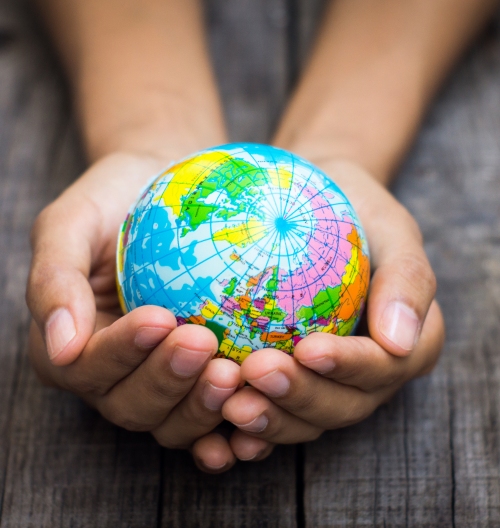 Well, love would be good too, but we all need to move beyond our obsession with “my nation” and its borders.  We need to care more about women and children and civilians than we care about victory for our side.

Here’s why transnationalism is on my mind:

•  Another UN World Relief Agency (UNWRA) school was bombed on July 30 in Gaza.  A classroom full of women sleeping with children took a direct hit; at least 16 were killed and 90 injured.

•  On July 25 it was a hospital in Beit Hanoun, northern Gaza—intensive strikes to the intensive care floor.  Before that it was Al Durrah pediatric hospital in Gaza City.

•  On July 24 another UNWRA school where Gazans had been sheltered was hit with 16 deaths and dozens of injuries.  The total is now six UN schools bombed in July.

•  On July 16 four little boys playing soccer on the Gaza beach were killed by a missile from a ship off shore.

•  Total deaths at this point are over 1,300 Gazans to 56 Israeli soldiers and 3 civilians—a massacre, many people are calling it.

Wait, bombing hospitals is a war crime.  UN schools are also supposed to be off limits, especially if they are being used to provide shelter to civilians who have been told to leave their homes to avoid bombing.

The tiny territory of Gaza, 25 miles long and four to seven miles wide, is tucked in Israel’s southwest corner along the Mediterranean Sea.  Moving from one part of it to another to avoid bombs is like running inside a cage.

In the midst of all this, there was the Malaysian passenger plane shot down by crazed rebels over eastern Ukraine on July 17.

As a woman, I feel completely alienated from these wars.

As a Christian, I’m skeptical about any claims that one nation killing the soldiers of another nation can be considered part of following Jesus.  I’m sure that bombing hospitals and little kids and civilians is completely wrong, even if “They fired first” or “We’re just targeting terrorists.”

There has to be another way to resolve the territorial conflict between Palestine and Israel, as well as that between Ukraine and Russia—a conflict that resulted in the deaths of 298 innocent passengers.

Enough already, I want to shout.  President Obama is shouting the same thing, according to a report in The Wall Street Journal on July 28 by Jay Solomon and Joshua Mitnick.

Yet “Members of Mr. Netanyahu’s government are pushing the U.S. for the diplomatic space to launch broader military operations,” reported Solomon and Mitnick.

Whatever Israel does is being done partly because the US allows it.  The F-16s are from the US.  We give Israel $3.1 billion annually in aid; in 2007 the US signed a 10-year, $30 billion agreement for military aid.

As a US citizen, I bear some responsibility for what my government does, but I don’t want any part of this. In a similar vein, in 2003 I was horrified by the US decision to bomb Baghdad.

Thus I arrive at transnational feminism, an overriding concern for the lives of women and children and other civilians—their right to life—in the context of nationalistic war.

She eloquently ties war to “the patriarchal system” and “the professional system with its possessiveness, its jealousy, its pugnacity, its greed” (74).  Multinational corporations is the phrase we use now for her term “professional system.”

As Blase Bonpane reminds his listeners weekly on KPFK, the Pacifica radio station in southern California, wars are good for Wall Street.  It’s no accident that the stock market has been approaching a ten-year high during this bloody month.  (He served as a Maryknoll priest in Guatemala in the 1960s and has been an antiwar activist ever since.)

I just bought a bumper sticker with a quote from Woody Guthrie:  “If we would just take the profit out of war, there wouldn’t be any.”

Virginia Woolf had watched patriotism and nationalism result in the deaths of 9.7 million young men and 6.8 million civilians in “the war to end all wars,” 1914-1919.  Then in the 1930s she watched nations ramp up for another massive war.

In her time there was no word for the antipathy she was feeling.  Today there’s a term: transnational feminism.  As Alena Amato Ruggerio reminded us in her keynote speech at the 2012 EEWC-CFT gathering, once you have a word for a feeling or a problem, you have means to tackle it.  The issue becomes widely recognized.  (Examples: sexual harassment and genital mutilation.)

I first encountered this term ten days ago at a demonstration in Los Angeles against the US-supported war on Gaza.  I met members of Af3irm, a group that began as a Filipina feminist movement.  In 2010 after “a comprehensive analysis of class, race, gender, and sexuality,” Af3irm switched to “conducting militant movement-building from the United States with a transnational, feminist perspective.”

There are many feminist organizations working for peace.  Perhaps the most well-known is Code Pink, founded by Medea Benjamin and Starhawk.  I met Medea and others back in the 1980s when I attended a Mother’s Peace Day event in Orange, California.

They taught me that our saccharine Mother’s Day is a commercialized descendant of the powerful antiwar pro-women day begun by Julia Ward Howe and others in 1870.  In the wake of the Civil War, Julia provided a way for mothers to speak out against the wars that kill their children, generation after generation.

In Israel today there is a growing Coalition of Women for a Just Peace, a feminist group formed by several women’s organizations in 2000 to end the occupation of Palestine.  Organizations in the coalition support “the BDS”: a boycott, divestment, and sanctions campaign against Israel.

My Israeli-American friend, Gilla Nissan, tells me about women’s interfaith groups in Israel where women work together for peace but do not take a “BDS” approach, which feels hostile to Israel.  Gilla’s friend Elana Rozenman founded TRUST-Emun, which brings together women of different faiths and opposing politics to explore their common humanity:

“Palestinians and Israelis—Christians, Jews, Muslims and Druze women, often flagrantly at odds—get together for organized discussion, meditations, holiday celebrations and peace walks… ‘We’ve been in and out of each other’s homes for many years, building relationships,’” says Rozenman.

In the US we can get involved in interfaith conversations through groups such as the Peace Islands Institute.

Here are a few other feminist antiwar groups:

•   MADRE: US women started this group in 1983 in reaction to the US-sponsored Contra War in Nicaragua.  MADRE issued a call for an end to Israel’s ground assault and for a permanent ceasefire.

•   Revolutionary Association of the Women of Afghanistan (RAWA) has been struggling for peace and women’s rights in Afghanistan since 1977.

We don’t have to be knocked flat by the horrendous news coming at us every day.  Instead, there are specific things each of us can do for global peace:

1)    Start identifying as a transnational feminist.

2)    Join an organization of women for peace—whichever one you like best.  Become active in it.

3)    Contact your representatives in Congress and ask them to stop giving weapons and money to Israel—or to stop deporting immigrants on the US-Mexico border.

6)    Learn another language or get more practice in speaking one you’ve learned.

8)    Do more international travel and stay in touch with friends around the world.

When God created heaven and earth, there were no nations, no borders between peoples.  These are human concepts, imposed with many battles and great loss of life.

Let’s join the “without borders” way of thinking.  Doctors without Borders has modelled transnationalism since 1971.

Words without Borders promotes cultural understanding through contemporary international literature. There was also a Writing Across Borders conference in New York last May.

I’m not saying we should burn our passports—just question the patriotism we have been taught all our lives.

Our World: The War Widows of Afghanistan, BBC documentary with interviews by Zarghuna Kargar.  http://www.bbc.com/news/magazine-28363211

The Distance Between Us: A Memoir by Reyna Grande (New York: Simon & Schuster, 2012).

“Hard Work to Do” – song by Linda Allen http://www.lindasongs.com/pages/lyrics/lay13.htm