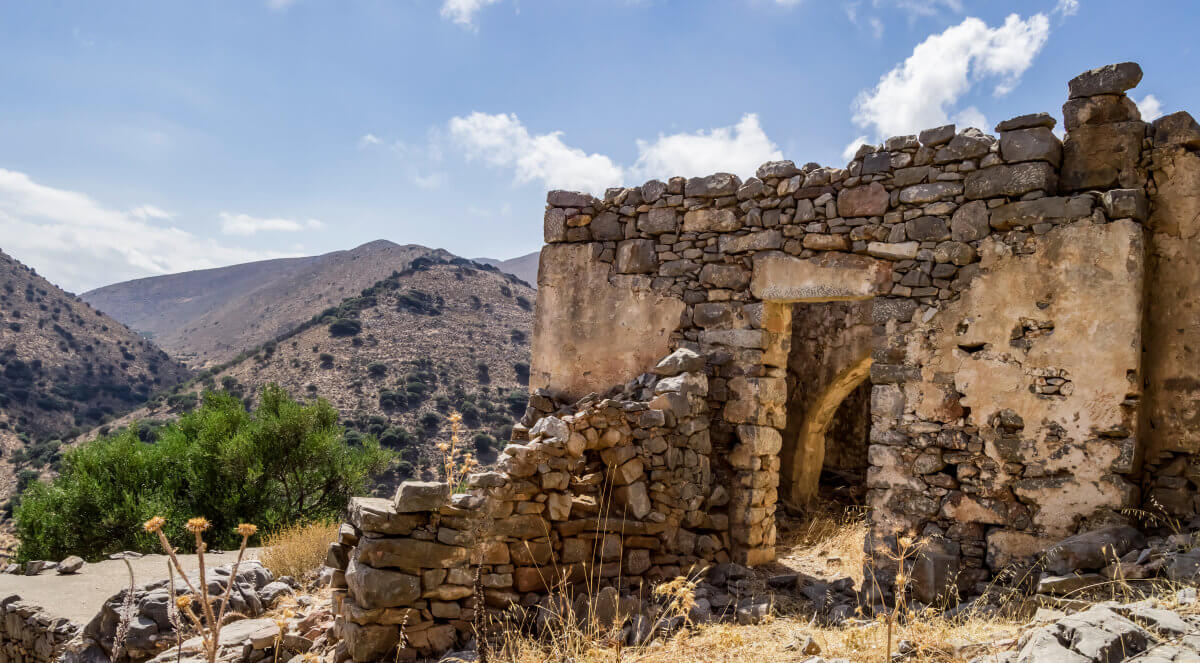 Before we examine how “Titus” is supposed to “put in order what remains to be done” (Titus 1:5-16) on the island of Crete (1:5a), let’s back up and make sure we understand “Paul’s” self-identification in verse 1. He calls himself a doulos, a slave of God, as well as an apostle. Though “apostle” sounds more distinguished, it literally means “messenger” or “one sent” on an errand. As used here, doulos more likely emphasizes Paul’s total devotion to his master, Jesus Christ, who sent and authorized him as a messenger of the gospel. It is unfortunate that the NRSV substitutes “servant,” which does not rhetorically carry the same weight. (See also Romans 1:1 and Philippians 1:1.)

Those who believe Paul himself wrote this letter must assume (with no evidence) that he is eventually released from house arrest in Rome (Acts 28:23-30), then returns to the East and establishes house churches in various towns on the island of Crete. Eventually Paul leaves Crete, designating Titus as his successor. Later, as problems arise in the church, Paul sends advice to Titus.

Otherwise, this letter must be pseudonymous (written by an author using an assumed name, and, in this case, writing as though he were Paul, the apostle, writing to a younger colleague). As in 1 Timothy, our author is writing perhaps a generation after Paul’s death, using the apostle’s authority to deal with a troubling situation in the Cretan church. (See Lesson 19 for arguments for pseudonymity.)

In today’s lesson (Titus 1:5-16), Titus is told to appoint elders (literally, older men) in every town, presumably over the house church that meets there. Standards are very high: they must be “blameless,” a husband of one wife, and whose children are morally upright, obedient believers (1:6). To confuse matters, in 1:7-9 the role of bishop, or overseer, is mentioned, which lists another set of qualifications. Jouette Bassler suggests this may be a compilation of two earlier lists [Bassler, p. 185]), but Annette Huizenga sees a hierarchy moving from Paul to Titus to elders acting as overseers and stewards (v. 7). “The patriarchal structure envisioned by the author builds on the male domestic roles,” she says, “presuming that an elder’s respectable administration of his household gives him the experience necessary for leading a church” (Huizenga, p. 138). Most qualifications for bishop or elder are general ideals in Roman culture; only in verses 6 and 9 do we find a few specifically Christian requirements, such as preaching with sound doctrine (Bassler, p. 185).

This male-only chain of command not only replicates what we have seen in 1 Timothy, but it adds an additional layer. Instead of house churches in every town choosing their own elders, the power resides in one man at the top of the hierarchy.

A rebellion in the midst

Perhaps there is a need for such forceful leadership because the churches are in a mess. Again, it is hard to nail down specifics amid the “rebellious,” insubordinate people who are “idle talkers and deceivers.” At the time, there was a sizable Jewish population on Crete (Bassler, p. 185), so the anti-Jewish polemic against “those of the circumcision” (1:10) and those taken in by “Jewish myths” (1:14) is realistic, but the specific issues are not clear. Some church leaders, in their role as teachers (1:11), are rebelling against what the author sees as orthodox doctrine and “upsetting whole families.”  Is this like 1 Timothy 4:3, where the opponents forbid marriage because of their Gnostic theology? Or does our author perceive a threat to the hierarchical structure of the household, as well as of the church itself?

Amid all the polemic, it is hard to miss the brutal insult against all the inhabitants of Crete in 1:12: “Cretans are always liars, vicious brutes, lazy gluttons.” They are acting more like animals than human beings!

It is true that Americans today are hearing similar racist attacks on Mexicans as rapists and drug dealers, on lazy immigrants from Central America, or on people of color from “s—hole countries.” But do we expect to hear such rhetoric from our Holy Bible?! The author of this letter not only quotes from a Cretan prophet, but he also agrees with the quotation with such strong polemic that these people sound beyond redemption (1:15-16). Perhaps he was drawing from the Roman author Lucian who, in Lover of Lies, asserts that Crete’s “ports were infamous for harboring pirates, and its inhabitants were widely regarded as incurable liars” (Bassler, p. 185).

Several commentaries identify the author of the quotation in verse 12 as Epimenedes, a sixth-century BCE prophet and writer who himself came from Crete. Because of that, Thomas Long thinks the author of Titus is attempting to make a joke. If Epimenedes himself was from Crete, and he says, “Cretans are always liars,” did he lie when he made that statement? “Think about this long enough,” says Long, “and it will spin your head” (Long, pp. 263-264). What do you think? Was our author making a joke?

Is there hope for sinners?

Titus 1:13-16 seems to alternate between hope for such sinners and the gloomy conclusion that “their very minds and consciences are corrupted” (v. 15). On the other hand, they are to be sharply rebuked “so that they may become sound in the faith” (v. 13). Perhaps the author hopes to rescue a few penitents from the majority who are “unfit for any good work” (v. 16).

The Historical and Literary Setting for Romans 1:24-27