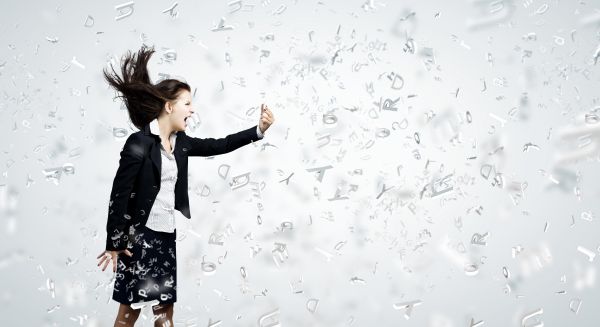 I’ve always loved science—chemistry, neurobiology, astronomy; experiments to test hypotheses; and the constant expansion of scientific fields, bringing new discoveries and innovative perspectives that signal endless possibilities in a world that seems chaotic. In the midst of the chaos and disappointment, science presents an exploratory symbol of potential.

Chemistry shows that substances can change from one thing to become another, even when it seems most unlikely.  One of the most basic examples occurs when sodium (a substance on its own) combines with chlorine gas (which happens to be poisonous).  Almost like magic, it becomes traditional table salt. It is amazing. Something toxic like chlorine gas can become something so safe that we eat it on our chips!

I propose that anger is our “chlorine gas”— just waiting to become table salt.

Why abuse causes so much pain

I was violated in ways people would never want to hear about, let alone experience. First I was violated physically, emotionally, and sexually by my intimate partner, and then I was soul-raped by the church. The pain of the injustice in both cases was unbearable. I blamed myself, but at the same time, I knew it wasn’t my fault. People whom I had trusted let me down, my body had been desecrated, I felt as though my interior spark of life was vandalized, and I sensed that my ability to think clearly had been incapacitated.  It made me mad.  Really mad.

In my resilience and my determination to thrive, I reached out to an old mentor of mine. I basically knew him my entire life and I trusted him with my broken body, mind, and spirit.  I dumped all the pain, all the memories, all the anger out in emails. He always wrote back so encouragingly, and he listened.

The last email I received from him (having told him all the wonderful things going on in my new existence away from the violence, and the beautiful changes I was experiencing now that I had picked up my life again after the rejection by my faith community) contained words I could not respond to at the time. Words that have haunted me since the day I received them in August of 2013. It read “My hope for you is that someday you will be able to work through your anger. I continue to pray for you.”

I said nothing. I didn’t reply. At the time I was frozen in a stunned inability to respond.  And, honestly, even more angry.

I lived in that angry space for quite some time. Did he not know it was unacceptable to simply be an observer of my pain and stand outside of my anger praying such words? Did he not know I needed him to climb with me into my pit of rage and just let me be and let me feel?  Did he not know this anger was an okay space for me to be because of the depth of violation?  Apparently not.

What I’ve Learned about Anger

After having time to process and think about why this made me so mad, I realized several things. First, I needed my mentor to validate my anger.  I needed to know that this person, who was aware of all the things that made me so mad, also saw the importance of providing the space to let me sit in that suffering and understand that I deserved to be angry about those things.

Second, I realized I was not angry over some relatively inconsequential matter.  I was not upset about the color choice of the church carpet. I was not mad that I was skipped over for a nursery rotation. I was not irritated by someone’s gossipy tongue or snarky response. No, I was infuriated and enraged that I had been violated by both my partner and my church.  And this kind of anger needs to be set apart and viewed differently.

There is a huge difference between anger from irritation and anger from being violated. Thus, the healing process must be viewed differently. The expectations we send out to survivors must take into account the depth of their trauma.

Sue Monk Kidd in her fantastic book The Dance of the Dissident Daughter says,

“Anger needs not only to be recognized and allowed. . .  it eventually needs to be transformed into an energy that serves compassion. . . . We can allow anger’s enormous energy to lead us to acts of resistance against patriarchy. Anger can fuel our ability to challenge, to defy injustice. It can lead to creative projects, constructive behavior, acts that work toward inclusion. In such ways anger becomes a dynamism of love” (p. 75).

I read those words and I’m fairly certain a light bulb appeared above my head.

Anger after violence and abuse is not something to “get over,” “work through,” or even “move past.” One does not “get over” being violated in their very being.  A person does not simply “work through” anger from losing control of what happened to their body. A survivor does not “move past” an unjust and humiliating rejection. No, this kind of anger is different.

When we speak of anger in terms of being something to get over, work through, or move past, it makes it sound as if anger is always linear.  It seems more like we are moving forward on an anger continuum.

For many instances of anger (such as that of the irritation or annoyance variety), this linear notion of healing is probably true. But when it comes to anger from violation, we need to recognize that people with this anger have been traumatized.  Having a traumatic life-event indicates that something happened to a person that was so severe it overwhelmed the capacity to respond. If a person is traumatized, this means they were frozen in terror, believing either they would die or that life as they knew it would perish.

Thus, this anger signifies their belief they are worth not being dehumanized. The anger of victims shows that they see their own value, their own dignity, their own potential. This kind of anger is different.

This anger calls for us who care about victims and survivors to change our thinking and allow traumatized people to have the space for moments of grief, to mourn the pieces of potential that were lost in the injustice. This anger sprouts from a deep sense of dehumanization and unfairness and requires a sacred space for just being present with them in the angry moments.

Instead of perceiving anger as always being systematic and undeviating in how it is experienced, as though it must go through stages in a forward fashion (like flipping pages of a book), I think anger after violence and abuse is more like a chemical change. It is a transformation; something that was one thing and is now another.  In other words, it once was water, and now it is ice.  It once was chlorine gas, but now is table salt.  If anger is allowed to be experienced and responded to with validation and empathy, this can help produce resilience. What was once anger directed toward certain people and their words and actions, can now become passion against injustice.

In fact, to take it just one step further, I propose the energy of anger after violence and abuse is wasted and discarded when we expect someone to “just get over it” and move beyond it.  Rage against dehumanization is wasted if it’s simply “worked through.”  Why is this?  Because the potential chemical reaction when we combine anger and human resilience brings about the possibility for a new amazing and beautiful substance. When we combine two atoms of hydrogen with one atom of oxygen it becomes one molecule of water. When the chemical compound of rage after violence is bonded to a spirited and strong survivor, the result is a profoundly passionate and thriving community advocate.

Therefore I urge us to remember that if we are willing to expand our notion of anger, if we allow ourselves (and others) to truly and deeply experience anger, then we see potential for a transformation from fury to passion. We will see an urge for bringing about change that never runs tired.  We will see hope for a hurting people.

So let’s allow survivors of abuse to be angry. And instead of asking them to “work through” their anger, let’s listen, validate, and empathize, and also begin to brainstorm about how we can facilitate opportunities for this anger to be transformed into a holy advocacy.