Reviewed by Shawna R. B. Atteberry 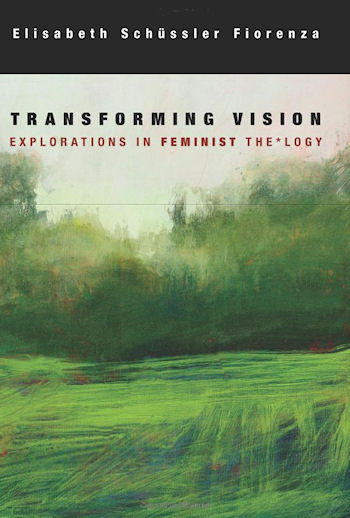 For me, Dr. Elisabeth Schüssler Fiorenza’s work can be summed up in Proverbs 29:18: “Where there is no vision, the people perish”(KJV). Only Dr. Fiorenza would say “Where there is no vision, the wo/men perish.” (She explains elsewhere that she writes “wo/men” with a slash “to destabilize essentialist understandings “of the word women and to emphasize differences among women. 1)

Her latest book, Transforming Visions: Explorations in Feminist The*logy 2, is a compilation of talks and essays originally written in three different languages (German, Italian, and Portuguese), now made accessible to English-only readers. The book is separated into four parts designed to take us from feminist theory and theology, through feminist struggles, and ultimately into a feminist vision of the ekklesia of wo/men, where God’s love, justice, and equality reign in the image of Divine Wisdom.

In the first part, Fiorenza lays the foundation for her argument that until the we can separate democracy from kyriarchy (only certain elite, propertied men are full citizens and have full rights, which dominates not only gender relationships but also produces colonalism, racisim, and Eurocentrism where a small group of elite male leaders define what is normative), there will always be the Others: sub-human classes. This includes not only women, but men who are not part of the upper class elite who hold power. Kyriarchal society must have subordinate classes, which is why wo/men cannot have full equal rights. The theory and arguments Fiorenza lays down in the first part of the book will be familiar to many feminists, especially those who are well acquainted with her terminology. As an alternative to kyriarchy, Fiorenza, suggests radical democracy, which she defines as “a congress of equals, or as the self-accountable praxis of equal citizens. Power is not defined by command and obedience, but corresponds to the human ability to join with others and act in concert with them. Radical democracy respects the fundamental dignity and differentiated equality of all people as adult citizens who both take part in communal deliberations and who are equally empowered to make decisions about their own well-being” (p. 41).

In the second part, Fiorenza outlines what needs to be done for this radical democracy to happen. The “common sense” and “normal” views of the kyriarchy need to be shown as a constructed reality, one that is formed from the belief that only white, Western, propertied, educated men are normative humans and all others less than fully human. “Malestream language and science do not give an objective, value-neutral account of realty,” Fiorenza argues. “Rather, by making marginalization and stereotypes appear as ‘natural’ or ‘common sense,’ they interpret, construct and legitimate reality from the elite western male perspective and in the interest of relations of exclusion and domination” (p. 57). This is why we need the ekklesia of wo/men to provide an imaginal place where different visions of reality can be constructed, where all human beings are equals with full citizenship, able to make decisions for their own lives. It provides a space where kyriarchal systems can be desconstructed, and replaced by the belief that all human beings are created in the image of God. Therefore, all human beings deserve to have an equal voice in their lives, their governments, and their churches.

In Fiorenza’s view, this is why secular feminists must acknowledge their religious sisters and the contributions we have made. The malestream kyriarchal system uses religion to undergird itssupe riority and control over wo/men. The feminist movement at large needs to read feminist the*logy and learn different religious interpretations of the place of wo/men, and join these religious reforms with political, economic, and structural reforms. The ekklesia of women is a public space for all feminists to come talk, debate, disagree, formulate plans, and move forward to a more just and equitable world.

Her chapters on “Ties that Bind: Violence against Wo/men” and “Christian Anti-Judaism” are succinct summaries of Fiorenza’s work done in her other books. Both chapters give an in-depth overview of her theology of violence and Christian Anti-Judaism. They are well footnoted, making the original source easily found.

Part III: Catholicism as a Site of Feminist Struggles

Fiorenza revisits the need for secular feminists to recognize and embrace the work of their religious feminist sisters, so that the work of the last 40 years won’t unravel because the only religious voice in the public forum is kyriarchal fundamentalism that insists on the submission and inequality of wo/men.

The next chapter covers struggles within the Catholic church with its hierarchy that will, on the one hand, appear to give more freedom to its people while, on the other, not making structural changes to change its kyriarchal power. The radical democracy of the early church, which depended on the Holy Spirit’s leading and on Divine Wisdom whose open invitation to her temple with no walls and room for all, is the foundation needed to build a radical democracy for the ekklesia of wo/men.

“An Open Letter to Miryam IV, Successor of Peter and Mary of Magdala” is a bittersweet chapter as Fiorenza celebrates the first woman pope and the obstacles she will face to change a church so entrenched in kyriarchy. Using the three biblical Miryams: Moses’ sister, Miryam of Nazareth, and Mary Magdala, she urges the new pope to follow their examples of leadership, saying yes to new realities and proclaiming the freedom of the empty tomb to change our view from God the Almighty Father to Divine Wisdom, who very un-ladylike, goes out into the streets to call people to her banquet where all are welcomed and equal. Fiorenza’s advice for Pope Miryam IV is to incarnate Divine Wisdom as Jesus did.

The last section starts with Mariology and making Mary a real woman with the same passions and emotions as any woman. By making Mary Queen of Heaven and Co-Redemptrix, but not quite divine, the kyriarchy once again maintains its male power along with its male god. On the opposite side, Mary is made to be a perpetual virgin and perfect mother that no woman can live up to. We need to let her be a regular woman who said yes to God and chose the path God presented her. We need to see her as a sister and fellow traveler of Jesus.

After examining how monotheism and kyriarchy are two sides of the same coin in keeping wo/men subordinated to maintain elite male power, Fiorenza offers her own vision of what an alternative reality with biblical Wisdom/wisdom could look like. She talks not just of Divine Wisdom, but human wisdom as well. Wisdom applies to both sages and folk wisdom. It does not see the differences of class, race, ethnicity, and religion. Wisdom is available to all who will look for it and learn from the life they live. Divine Wisdom has always been among us: during creation, delighting in humanity, and being a master crafter. She’s not afraid to break gender stereotypes entering public places searching for people to teach and lead.

“In short, biblical Wisdom spirituality is a spirituality of roads and journeys, public places and open borders, nourishment and celebration. It seeks for sustenance in the struggles for justice and cultivates creation and life in fullness” (p. 237). Wisdom does not make distinctions between public and private or spiritual and sacred. For wisdom, all of life is full of the divine and to be lived to the full.

Once again Fiorenza’s scholarship gives us a vision of how this world can be different, and the steps we should be taking to start bringing that world into existence.

1. See her “Preaching and Biblical Authority: Steps toward Biblical Preaching” in the Homelitix E-Forum, the Electronic Journal of the Academy on Homiletics, Spring, 2005.  (return to article)

2. Fiorenza spells “the*logy” to show the “brokeness and inadequacy of human language to name the divine” (p. 24). Theos is the Greek word for a male divinity while theas denotes a female divinity. By using “the*” Fiorenza leaves ambiguity that God can be either male or female or neither. (return to article) 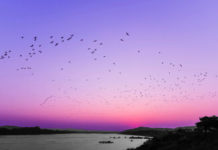