Home Book Reviews Two Books by Eric A. Seibert on Violence in Scripture 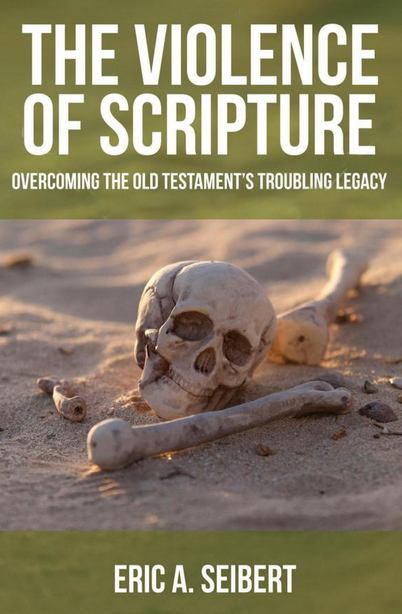 Are you shocked or offended by the titles of these books? Some people are. Or at least they got fired up by the three summaries of the books that Eric Seibert, the author, posted on another professor’s blog on the Patheos website.  Owen Strachen, a theology teacher at Boyce Bible College, went so far as to call Seibert’s pieces “shameful” and not worthy of the commitment Seibert signed at Messiah College, a Brethren in Christ institution where he teaches Old Testament. This stirred things up sufficiently in the Southern Baptist Convention that Albert Mohler convened a panel discussion on Seibert’s books and the whole topic of violence and war in the Old Testament. You can find it all floating in our deathless cyberspace, along with other more even-handed and thoughtful commentators (see list of links at the end of this review).

Will repercussions extend into the Brethren in Christ denomination as well as within Messiah College and its constituents? As Eric, my good friend and former colleague, commented to me when I saw him last spring, “This has not exactly been the best time of my life.”

Such understatement is characteristic of this unassuming, mild-mannered, young professor who calmly reminds us of things we don’t want to hear. Our sacred scriptures, he says, describe whole towns utterly destroyed by Israelites in the name of their god, Yahweh. This god would command “his” people to, in effect, decapitate toddlers, rape women, and run every living thing through with the sword. Further, Seibert cites examples of how such scriptures have been used to perpetuate mayhem, such as the Mystic River Massacre in New England in 1637, when Puritans burned a native Pequot village, massacring about 700 old men, women, and children. This brutality was justified by John Underhill, second in command, on the basis of David’s war with the Ammonites in 2 Samuel 12 (p. 2).

First, do no harm!

The thesis of Seibert’s book is simple: “the Bible should never be used to harm people.” What a revolutionary idea—first, do no harm! His second goal is to “provide guidance for dealing with violent Old Testament texts that sanction, and sometimes even celebrate, certain acts of violence” (p. 4).

Why review this book on a Christian feminist website? Because Seibert tackles the same interpretive issues biblical feminists have been wrestling with since the 1970s in relation to violence against women. I commented to Eric that his concept of never using the Bible to harm people echoes the assertion of New Testament scholar Elizabeth Schüssler Fiorenza that biblical texts that hurt women must be understood not as the Word of God but as the words of men. “Feminists have been making this point for the past 40 years,” he said, “and some of us are just now wrestling with these issues!”

My mind went back to Schüssler Fiorenza’s 1984 book, Bread Not Stone: The Challenge of Feminist Biblical Interpretation, where she lays out her method of interpretation, recognizing both the liberating and the oppressive aspects of the Bible. Not all the members of what was then the Evangelical Women’s Caucus could embrace such a blunt statement. Seibert himself would not put it that way, nor (in spite of writing a master’s thesis on her theology) have I ever affirmed exactly that statement myself.

But that same year Hebrew scholar Phyllis Trible published Texts of Terror: Literary-Feminist Readings of Biblical Narratives. As we read the meticulously researched and detailed stories of the sacrifice of Jephthah’s daughter (Judges 11) or the brutal rape, murder, and dismemberment of the Levite’s concubine (Judges 19), how could we defend the Bible as wholly liberating for women?

Like Christian feminists, Eric Seibert now confronts a similar attitude of suspicion from those who hold an infallible but often unexamined view of the Bible. Some people believe that if God told someone to hurt, conquer, or kill “enemies,” then it must have been the right thing to do—and may still be the way to treat enemies today. As Owen Strachan’s blog puts it, “Whatever God does is right.”

For Christians who see the Bible as authoritative, two main steps should be involved in properly interpreting and applying these ancient texts. First, understand what a text meant  in its original literary and cultural context. Only then can we wrestle with what it means today. Is it a truth or ethical concept that transcends culture? If not, what has changed, or what interpretive adjustments must we make? 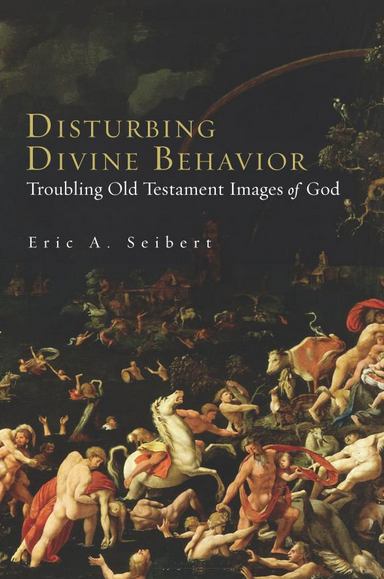 Seibert’s previous book, Disturbing Divine Behavior: Troubling Old Testament Images of God (Fortress, 2009), focused more on the first step. There he wrestles directly with archeological challenges to the historical record itself (Jericho, for example, was destroyed long before Joshua and the Israelites supposedly conquered it). Comparing Israelite practices of war and religion with those of contemporary ethnic peoples, Seibert asks if Yahweh really did command Israel to commit genocide and other atrocities. Instead, Israel’s beliefs about Yahweh’s involvement in war may simply reflect commonly held assumptions about divine involvement in warfare and may not reveal what God actually did. Seibert concludes that the teachings and practices of Jesus Christ as portrayed in the New Testament must be our standard for evaluating the use of violence in the Bible.

The Violence of Scripture, Seibert’s more recent book, deals more with the second step of how to overcome the Old Testament’s legacy of justifying violence. Can Christians commit to Jesus’ ethic of nonviolence and learn to read these texts differently? The scope of the problem is daunting. The Old Testament legacy includes “justifying war, legitimating colonialism, supporting slavery, encouraging violence against women, harming children, condemning gays and lesbians, and distorting the character of God” (pp 16-25).

Chapter Four deals with “virtuous” violence in the Old Testament—how some violent acts, such as Cain murdering Abel (Genesis 4), are clearly condemned while others, such as Jael driving a nail through Sisera’s brain (Judges 4), are praised. Navigating these texts is dangerous business!

Seibert includes a chapter on “keeping the Old Testament from being used to justify war.” He suggests these methods: (1) remember that we are hearing only one side of the story, (2) develop compassion for Israel’s enemies, and (3) put a human face on war. Listen to “weapons clashing, human flesh tearing, and wounded soldiers groaning” (p 123). What would the town of Tiphsah look like after Menaham, an 8th century Israelite king, had “ripped open all the pregnant women”? (2 Kings 15:16). Fourth, emphasize OT texts that critique or condemn war and violence.

Feminists will be impressed with Seibert’s chapter on violence against women, in which he draws on the work of many scholars I have read, such as Elizabeth Schüssler Fiorenza, Phyllis Trible, Cheryl Exum, Patricia Milne, Esther Fuchs—and many more I confess I have not read! I do not recall reading the work of any feminist more critical of violence against women than Seibert.

I find little to criticize about this book. It resonates deeply with my own values as a feminist pacifist—and perhaps because I know Eric as a person of deep integrity. The irenic and pastoral style in which he writes clashes with his stark descriptions of horrific cruelty that many of us would rather suppress. Yet that juxtaposition certainly gets the point across. I recommend this book for group study as well as individual reading. Few participants’ views would remain unchallenged.

I close with an example of violence currently in the news—the massive number of sexual assaults, mostly against women, within our American military. Though verbally condemned by the military hierarchy, there seems to be no easy solution. From a pacifist perspective, the reasons seem obvious: soldiers are trained to overcome and kill human beings by overpowering force. The lack of ethical restraints in civilian society, training in hatred of the enemy, and separation from humanizing family life create a culture of domination toward those perceived as weaker. By its very nature, military culture seems to be working at cross-purposes.

Eric Seibert links all forms of violence as against the true character of God shown most clearly in the life of Jesus. No wonder he gets in trouble with many Christians who haven’t learned how to properly read their Bibles!

Some articles about Seibert’s writings on the Web

For Seibert’s summaries of his book The Violence of Scripture, see:

When the “Good Book “ Is Bad: Challenging the Bible’s Violent Portrayals of God

When the Bible Sanctions Violence, Must We?

Learning to Read the Bible Nonviolently

Christianity Today on the Seibert Controversy and the “Downright Unhealthy” Bible

The Opposite of Critical Thinking Is Fear

More bullying by Southern Baptists: But this time someone crossed the line