My documentary film, UnUnited, shares the lead up to General Conference 2019 and the decisions made on the United Methodist Church’s stance on human sexuality. The film features pastors on both sides of the issue. Rev. Frank Schaefer shares his experience being defrocked and excommunicated from his church after performing his son’s same-sex wedding ceremony. Rev. Rob Renfoe and Rev. Talbot Davis share their perspectives on supporting a traditional view of marriage. Rev. David Meredith shares his experience as a pastor and the charges brought against him after his marriage to his husband. Rev. Tom Berlin provides an overview of the debate along with his experience on the Commission on a Way Forward and being a spokesperson for the One Church Plan. The film documents the events at General Conference and the conversations that were spurred thereafter.

Because many Christian Feminism Today members have followed this situation closely, I’ve been asked to share a little background information on how this ongoing situation has played out in the United Methodist denomination, especially as it relates to the 2019 General Conference.

The United Methodist Church’s legislative body, the General Conference, voted in 1972 to prohibit qualified LGBTQ individuals from being ordained pastors and to prohibit United Methodist pastors from performing same-sex wedding ceremonies. Since 1972, these prohibitions have been subject to a contentious debate and efforts have been made to repeal them.

The enforcement of these rules has been largely dependent on each annual conference, which is the regional body of the United Methodist Church. In some more progressive conferences, the prohibitions on LGBTQ inclusion are not enforced. Whereas in other conferences, pastors have been prosecuted in church court for identifying as LGBTQ or performing same-sex weddings. The disagreement on LGBTQ inclusion created a divide in the church and the debate came to a boiling point at the 2016 General Conference. In 2016, the General Conference decided to call a special conference in 2019 to address the debate and the Commission on a Way Forward was formed to deliberate on how to keep the church united and create proposals for the 2019 General Conference.

The Commission on a Way Forward presented three plans at the special 2019 General Conference: the One Church Plan, the Traditional Plan, and the Connectional Conference Plan. To briefly summarize, the One Church Plan allowed each church and conference to decide for themselves on LGBTQ inclusion. The Traditional Plan upheld the prohibitions of LGBTQ clergy and same-sex weddings, and created further consequences for those who don’t abide by the prohibitions. The Connectional Conference plan basically split the church into three spaces: a progressive space that supported full inclusion, a center space that allowed for more than one perspective, and a traditional space with LGBTQ prohibitions.

General Conference 2019 was a contentious four day deliberation filled with much debate, many tears, loud voices, and disappointed faces.

Those in favor of the Traditional Plan were well organized and their coalition included not only many of the remaining United States delegates, but also, since the UMC is a global denomination, included many delegates from very conservative countries, including countries where it is a crime just to be gay.

The Connectional Conference Plan didn’t have as much support behind it, as it essentially would split up the church, so it didn’t get as much consideration as the One Church Plan and the Traditional Plan.

Ultimately, the Traditional Plan passed with 53% of the delegates supporting it. The legislation that was passed in 2019 will take effect January 1st, 2020.

Many were hoping the 2019 General Conference would bring a sense of clarity and finality to the debate, however some have vowed not to honor the Traditional Plan. This will likely lead to even more heated debate which will inevitably continue into General Conference 2020. 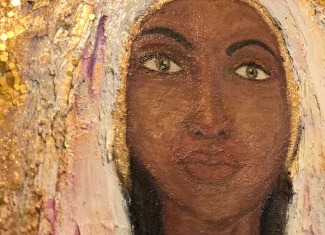 Rabbi Allen S. Maller - August 6, 2020
"As the rabbis taught, woman was created from man's side to underscore that she was not meant to walk ahead of him in mastery nor to walk behind him in a subservient manner. She was meant to walk at his side as his equal."

What Can Christians Learn from the “Mystery Dress” Phenomenon?

Did Miriam the Prophet Write Down Most of Genesis and the First Part of...

Jesus and John Wayne: How White Evangelicals Corrupted a Faith and...