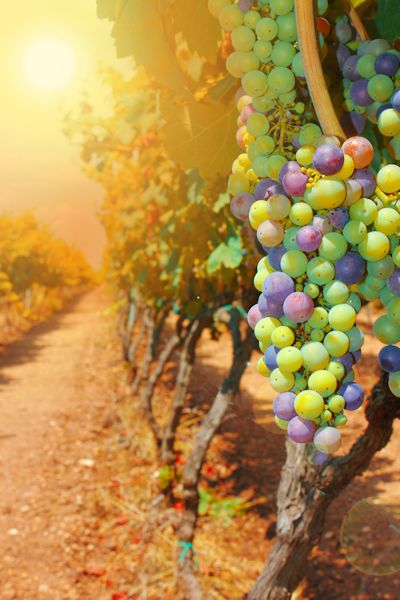 John 15:1-17 came alive for me last summer when I visited my younger son and his family near Buffalo, New York. One afternoon we took a walk through a lovely nature preserve. In a dry area, a dead grapevine curled up on the forest floor. But, hanging by the boardwalk built over a wetland, a vine was shooting out many branches with brilliant green leaves. Under the leaves hung big bunches of grapes preparing to ripen come September. Though we could not see the vine in the mass of foliage, we knew the branches were connected.

Jesus and his disciples would have seen many grapevines on their walking tours around Galilee. They saw the care vine growers gave to their vines by enriching the soil and pruning the dead branches. They all would have enjoyed the fruit of those vines in their shared cup at special meals.

“I am the true vine”

I can comment on only a few aspects of this rich text. First, we find another “I am—ego eimi” saying that echoes those we have seen earlier, where Jesus is the bread of life or the light of the world or the good shepherd. However, this organic relationship between branches, vine, and vinegrower is specifically nonhierarchical. It expresses intimacy and mutual dependence, so that all three are necessary to attain the goal of producing fruit. In fact, it is the fruit that others will be looking for!

“I have called you friends”

Second, notice how, in verses 12-17, Jesus uses this illustration of connectedness and intimacy to talk about relationships among his followers. Yes, he has been their example throughout their training in discipleship, but from now on, the love that he has shown to them is the same love they must share with each other. This love is also nonhierarchical. No longer are the disciples considered servants to their master. They are now “friends” (15:15) who are privy to everything Jesus has learned from his Father. But Jesus still retains one command—that his friends love each other as he has loved them. Who can find fault with that?

It all sounds warm and cozy, but then I start thinking about Christians who are not lovable. Two colleagues team-teaching a class together start irritating each other. A self-centered 86-year-old woman treats her home health-care worker as her personal slave. A friend reports being constantly put down by her roommate on an overseas trip. There are one or two people at my church whose company I deliberately do not seek out.

Agape love, of course, does not have to mean liking another person—it is wanting the best for them as you want the best for yourself. It is taking others on their own terms and accepting them the way they are, understanding that hurtful behavior can come from personal insecurity or even mental illness. It may sometimes mean confrontation and “tough love” that can easily be misinterpreted. Agape love demands a lot of humility. It is not surprising that Jesus called this kind of loving a “command” (v. 17)—something you do rather than something you necessarily feel.

Why is God called “Father”?

My final point concerns an issue that often troubles women and pervades this Gospel. Why does Jesus so often refer to God as “Father”? Doesn’t this term underscore God’s maleness?

In the essay on the Gospel of John in the Women’s Bible Commentary (3rd edition, Westminster John Knox 2012), Gail R. O’Day notes that God is called Father over 100 times in John’s Gospel, more than in any other NT book. She is rightly critical of the “use of father language as generic language for God…because of the burden of patriarchy it frequently carries” (p. 529).

But O’Day argues that, in this Gospel, father language contributes to a fuller understanding of God because here the emphasis is relational and familial. Jesus is God’s Son, and, as we see in 15:9-17, he has come to create a new family. Language of birth and family in this Gospel begins already in 1:12-13—Jesus is sent into the world to bear children not by flesh and blood but of the will of God.  The theme continues, for example, in 3:3-10; 8:31-47; and 14:1-3, 18-24, and in several later chapters as well.

This assertion that Jesus came to create a new family reminds me of Lesson 12, in which I discussed Diane Jacobs-Malina’s household language. She had proposed that in John’s Gospel Jesus takes the role of the idealized, authoritative mother, as in an ancient Mediterranean household or family where the father is temporarily absent (or, in this case, unseen).

O’Day puts it this way: “People who have no families, who come from destructive families, or who are alienated from their birth families can belong to a new family by virtue of becoming children of God” (p. 529). The most poignant expressions of this are in John 14:18 and 1-3. All who believe are offered a family and a home:  “I will not leave you orphaned” and “in my Father’s house there are many dwelling places.”

1.  Explain how the vine and branch imagery can illustrate the intimacy of family.

2.  What are your experiences of loving friendship—or the lack of it—in a church or other Christian community?

3.  Do you agree with Gail O’Day about the use of Father language in John’s Gospel?