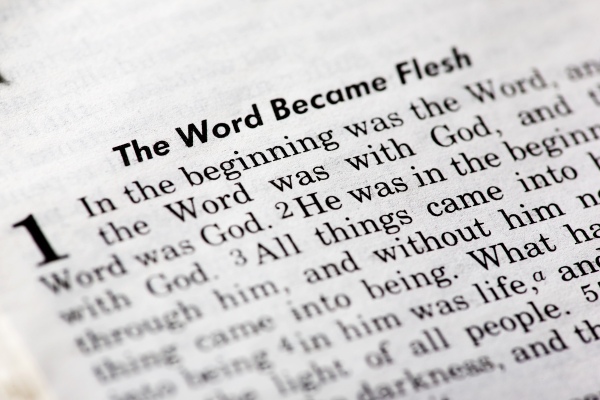 EEWC-CFT uses the word “evangelical” in its original and biblical sense, referring to those who share the “euangelion,” the Good News of God that Jesus Christ proclaimed and taught—that in his very presence with us, the realm of God is now among us. And it’s time to live into that realm, accepting the gracious love and forgiveness of God as God reaches out to humankind so that we can live into that vision for all creation and all humankind that God has sought since the Beginnings.

The word evangel comes from the Greek eu-angelion meaning “good news” (from angelos “messenger”).  Jesus proclaimed “the good news” of the coming of God’s reign on earth.  “Repent, and believe in the good news,” he said (Mark 1: 14-15).  Our English word gospel is condensed from god-spel or “good news” in Middle English.

During the Reformation, many Protestant groups defined themselves as “evangelical” in the sense of returning to earlier forms of Christianity reflected in the gospels.  Some churches today, such as the Evangelical Lutheran Church in America, are evangelical in this classical sense: they preach the good news of God coming to earth in human form, and of our being restored to a good relationship with God through Jesus’ death.

In the 1950s, some Christian leaders began using the word evangelical to refer to themselves and other Christians with a particular set of beliefs:

These evangelicals saw themselves as moving away from fundamentalism but did not accept the more liberal views of some of the mainstream denominations.

Our statement of “Who We Are” on this website says, “EEWC is evangelical because our formation was rooted in the belief that the Gospel is good news for all persons.  EEWC is ecumenical because we recognize that faith is expressed through a rich diversity of traditions and forms of spirituality.”

The Rise of Evangelicalism: The Age of Edwards, Whitefield, and the Wesleys by Mark Noll (Downers Grove, Il: InterVarsity, 2003).

Truth With a Capital T and Most Christians