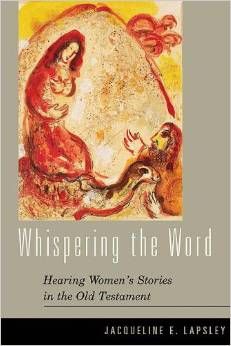 A husband saves himself by shoving his wife toward a gang-raping mob. She doesn’t survive the assault, so the husband dismembers her remains and ships them across the land. This gruesome accounting isn’t from the newspaper, nor is it a preview for the latest slasher movie. No, this horrid story is merely the middle chapter of a narrative found within Christian Scripture. Even worse, the uncaring husband is never held to account for his unspeakable betrayal. God does not rescue the victim or bring justice to the abuser who failed her. In fact, part of the story’s baffling “resolution” involves abducting several hundred more women and arranging marriages for them against their will.

What are readers supposed to do with narratives like this? Is it any wonder that people struggling to understand a presumably all-powerful and all-loving God are tempted to dismiss the divine presence when they encounter such stories? Do Scriptures like this offer much beyond the grubby, patriarchal fingerprints of a fallen human culture and its authors?

Dr. Jacqueline Lapsley is Associate Professor of Old Testament at Princeton Theological Seminary.  She has served as editor for the Women’s Bible Commentary and the Dictionary of Scripture and Ethics. In her book, Whispering the Word: Hearing Women’s Stories in the Old Testament, she suggests that texts like the one described above, found in the book of Judges, do, indeed, tell us something good about God. She proposes that we can understand these narratives to be making positive ethical and theological contributions to gender issues. The key is that readers must be open to those contributions, rather than letting the dominant voices collect the most attention. Such openness requires listening for words that are being whispered, not shouted.

As such, Lapsley offers three reading strategies for Bible stories featuring women, to help readers listen for more subtle voices than a casual readership of Scripture typically allows. The first of these calls readers’ attention to the speech of women in the biblical texts. The second focuses on the subtle and nuanced phrases and word choices of narrators, and the third addresses competing worldviews and assumptions afoot in the minds of differing characters in Bible stories. While her book touches on many biblical texts featuring women, Lapsley has organized her work around four core case studies from Scripture, each featuring a woman (or women) whose story allows one or more of her three reading approaches to come to life. The fourth study, the Book of Ruth, allows all three strategies to be applied.

Regarding the first strategy, the case study is Genesis 31, verse 5 in particular, wherein Rachel conceals idols stolen from her father, Laban, by appealing to “the way of women.” Of course, Rachel intends this to be understood by Laban as her menstrual cycle, but Lapsley asks readers to consider that Rachel’s words are also a subversive way of attaining justice that does not play by patriarchal rules. While Laban, Rachel, and Bible readers hear the same words, those words can have very different perceived and intended meanings. Rachel capitalized on the connotation that Laban presumed, but she also used her words to mean much more. Lapsley calls this a polyphonous text, where multiple meanings can be discerned within the same character’s speech. The principle is for readers to listen deeply to what women are saying, rather than presuming the same thing that the dominant voices or characters have presumed.

Lapsley’s second proposal is for readers to empathize with characters as well as recognize how Bible narrators tell their stories. The related case study features the sordid gang-rape and dismemberment narrated in Judges 19, as previously referenced. She argues that the story is purposefully narrated, even if indirectly, to elicit a negative emotional response from readers. When we find ourselves scandalized and furious at the text, Lapsley argues that it serves as a sign that God is trying to get our attention. We are supposed to be indignant at the kind of injustice featured in Judges, and she gives us liberating permission to be outraged by it.

The final strategy Lapsley proposes is for readers to consider the contrasting worldviews of a story’s characters, and the early chapters of the Exodus narrative serve as her case study. She discusses the perspectives of the women involved (the midwives, Moses’ mother and Miriam, and the daughter of Pharaoh), and contrasts them with the patriarchal outlook of Pharaoh himself. The latter can only imagine the Hebrew men as a challenge to his control, but his power is undone by the actions of brave and subversive women, one of whom is his own daughter. The dominant voices in Exodus catalogue the violent showdown between Moses and the Egyptians, but attentiveness to the almost absent reveals that it is the women of the story who first aligned with God’s desire to save and be merciful through non-violent means. It is only because of their daring that God was able to activate Moses.

The wealth and nuances of Lapsley’s observations and reading strategies cannot be adequately captured in a book review. Nevertheless, it is comparatively easy to say that whether a reader is a seasoned student of the Bible or discovering it for the first time, Whispering the Word is exceptionally encouraging when it comes to making sense of difficult narratives featuring women in Hebrew Scriptures. Too much of Bible readership, interpretation, and understanding has been saturated by fallen patriarchal cultures. As a result, the speeches, perspectives, and worldviews of women (as well as narrators who tell their stories) are not something that most Bible readers are trained to perceive. Nevertheless, Jacqueline Lapsley’s book does not offer a novel interpretative model or a rewrite of Scripture to fit an agenda. Instead, she helps Bible readers listen for the quiet voices and efforts of women who have been present all along. Her short book is accessible, powerful, and brilliant.