Home Where She Is Blog Wild Goose – She Is Here

Casey and I picked the right time to hit the Wild Goose registration area.  We didn’t even have to wait in line.  I dropped off a bunch of EEWC-CFT pens (which were happily received).  Then we drove into the campgrounds looking for a likely spot to set up the Christian Feminism Today Wild Goose headquarters. Though registration had only been open for an hour and a half, there were hundreds of tents already set up (over 2,000 people have registered).

We found a great spot on a corner near the Main Stage, and it’s now our home on the grounds.  We’ve got a screen house to sit in (away from the mosquitoes) and my backpacking hammock to nap in. After getting the camp in order, we didn’t have much time to rest because we needed to get to Teresa B. Pasquale‘s Mystic Soul Movement and Meditation event.  Casey moved the car and I went in search of the location for Teresa’s first presentation.

I like to make eye contact and greet people when I’m walking around this earth.  Sometimes I’ll talk, sometimes I’ll just nod.  But I think it’s so important that we are not just holed up in our heads, ignoring the other precious beings who pass by.  This Wild Goose crowd seems to be split about half and half between the people who acknowledge those they pass, and the other people who are focused elsewhere.

At one point, I passed a woman walking by herself (she was one of the people who greeted me).  I got about twenty steps past her and realized that I might have just passed Teresa!  I’d never met her, just interviewed her via email.  So I turned around and said her name, and she turned around and said, “I wondered if that could be you!”  She has lovely energy, very peaceful, very gentle.   We chatted as we walked to her venue.

A little while later the Wild Goose Festival began for me.

In an area called “The Chapel,” five women (Teresa; her musical co-creator, Peyton Davis; Teresa’s friend and Episcopal priest, Wendy Tobias; Casey; and I) sat cross-legged on a small plywood platform and prayed, worshiped, and sang together.  Teresa had prepared a Taize-styled ritual that was meaningful and comfortable.  We sang in beautiful harmony, listened to readings and scripture, and sat together in silence.  At the end, we were invited to go into Shavasana (a yoga position in which participants  lie down on their backs with their eyes closed) while Peyton played and sang the song she wrote for Teresa’s book, Mending Broken.  Tears ran down my face as I took in every breath and every word of the song.

So here’s what happened on another level.  Five women, sitting on a plywood platform in the woods, sang, and prayed, and beckoned Sophia to join them.  And She answered by filling their hearts and bodies so full that they couldn’t hold it all.  So She spilled out of them, disguised as tears, and dispersed into the bark of the trees, the green of the leaves, and the sound of the river.

The Wild Goose Festival has begun, and yes, She is here.

Afterwards Casey and I walked to the official Wild Goose Main Stage opening event.  Knowing full well it could never compare to the opening we had just experienced!

Phyllis Tickle gave the invocation.  She joked that invocations are too often used as an excuse to get in a little extra sermonizing, and she wasn’t going to put us through that.  She spoke of the sacredness of the land where the festival is being held.  She spoke of her certainty that the Wild Goose, the Holy Spirit, was above and around us (and I knew she was right).  I was delighted when Phyllis invited everyone to join her in the Lord’s Prayer, and began it with inclusive language.  I don’t think I’ve heard inclusive language for God used outside of EEWC-CFT.  Very refreshing.

Vincent Harding was up next.  He began his prayer with inclusive language also.  “Beloved Mother Father God, spirits of those who lived here before us…”

Each morning the Wild Goose program will start off with a conversation between these two on the Main Stage.  Although numerous events are occurring simultaneously throughout the festival, no other programming is scheduled during their discussions; and organizers urged all of us to attend, to learn from these “respected elders.”  Casey and I will be attending tomorrow.

Thursday evening, I walked a long way to get to the Community Center venue to attend a lecture given by Dr. Jim Dincalci, titled “Why Forgiveness Is So Hard to Do and to Get Others to Do.”  I was disappointed that there was not much new ground for me, but no doubt this is because I’ve already given so much thought to the topic (see my ViewPoint article titled, “Forgiveness and Boundaries“).  But other attendees seemed satisfied with the presentation.  For an overview of the concepts involved readers can visit Dr. Dincalci’s website, or the website of his foundation.

As I said above, the Wild Goose Festival has begun, and yes, She is here! 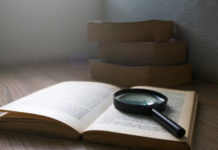 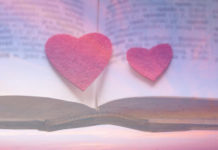 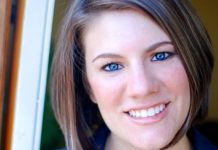 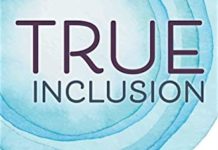 2017 #GCNConf Reflection by Jennifer Kane — “A Most Inspiring Story”