It has seemed a long three years since that historic Thanksgiving Evangelical Women’s Caucus in Washington, D.C. Yet the Spirit is still at work in our midst. This was evident in Pasadena, California in mid-June when about 900 women and a handful of men met for a conference on “Women and the Ministries of Christ.”

Representatives of the sponsoring organizations, Roberta Hestenes, faculty member at Fuller Theological Seminary, and Liz Nordquist, president of the Southwestern Chapter of the Evangelical Women’s Caucus, put together a diverse program utilizing a leadership team of nearly 90.

Those present studied 2 Corinthians 4-6 together, confronted the Lordship of Jesus, grappled with the church’s mission around the world and in our own urban ghettos, and explored several workshop subjects from among the 95 options from Wednesday night through Friday evening.

On Saturday morning, inspired by Letha Scanzoni’s recounting of the past history of EWC and a vision for its future, about 150 remaining participants passed a statement of faith, constitution, and by-laws for a national organization. The Spirit’s guidance and the presence of Lady Wisdom were especially evident as the group harmoniously revised and passed paragraph after paragraph to complete their work within two hours.

The new constitution provides for both chapter development—chapters are already active in Minneapolis, Boston, Washington, D.C., Albany, San Francisco, Detroit, Newark, and Los Angeles —and for individual national memberships. Those who submit dues of $10 for regular members or $5 for students and low income persons to the national office (P.O. Box 64582, Los Angeles 90064) by October 1 will be considered charter members. Copies of the documents will be sent to those already on the EWC mailing list; others may obtain a copy by sending a stamped, self-addressed, legal-sized envelope to the national office.

The impressively efficient organizing committee worked for more than a year to draw together such people as Becky Manley Pippert, InterVarsity evangelist who gave the keynote message; Eva Den Hartog, Dutch missionary and former Salvation Army Major who spoke during Thursday night’s “Liturgy of Liberation;” Virginia Ramey Mollenkott, who preached powerfully at Friday night’s Celebration; Rosalind Rinker, who gave a workshop on prayer; Marilyn Kunz and Catherine Schell, co-founders of Neighborhood Bible Studies; Martha Edens, general director of Church Women United, who spoke on Thursday night of the dangers of prepared formulas for infants marketed in the third world; and Sharon Gallagher, editor of Radix who gave a workshop on “Women and the Nuclear Arms Race.”

The culminating celebration included liturgical dance, distribution of daisies, guided and free meditation, poetry and Scripture, footwashing, and finally communion presided over by eight of the dozen or so ordained women present from such denominations as United Presbyterian, United Methodist, Baptist, Episcopal, Assemblies of God, and the Evangelical Church Alliance.

The issues of ministry for all women seeking to use their God-given gifts were raised most pointedly in Hestenes’ morning Bible studies. She spoke both of the obstacles raised by the evangelical church and also those we as women create for ourselves. She warned the church that it must not abandon mission to the 50% of women who now work outside the home. She decried the reactions of some church groups which, in response to the secular women’s movement, are even denying women ministries they have traditionally exercised such as older women teaching younger. She also spoke of the church’s demand for “super-women.”

For hundreds of women, the conference was an experience they will never forget. Both the leadership and the-participants represented much variety in some aspects. They came from dozens of denominations and more than 30 states.

Yet to those sensitized to oppression of class and race as well as sex, the absence of poor and minority women was obvious. The leadership team of 90 had mere token representation of minority groups. Only a smattering of black and third world sisters attended. Even those white women concerned about simple living felt out of place among the latest middle and upper-middle class fashions.

As the Spirit continues to bring liberation, future conferences hopefully will include a greater spectrum of the world’s women. 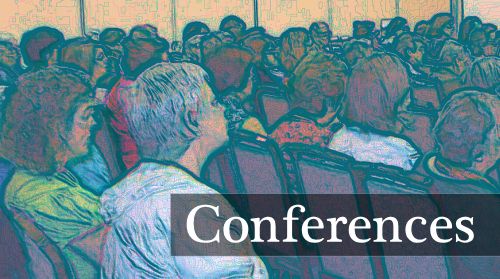 A Resource for Women’s Gatherings