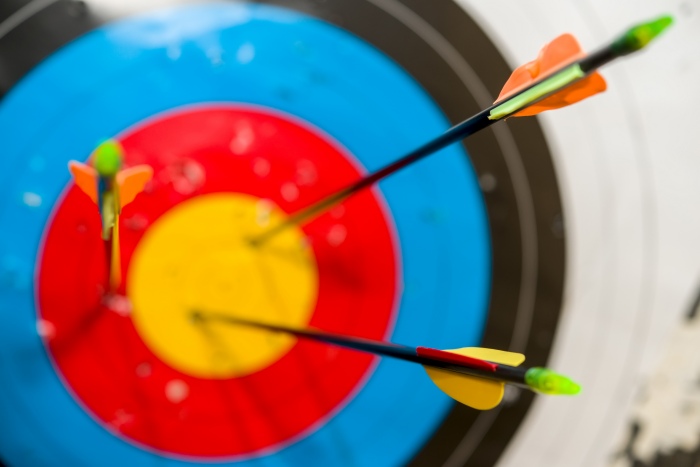 I am leading an 8-week Bible study on 1 Corinthians at a local Mennonite church. The other week we imagined ourselves in a house church in Corinth hearing Paul’s outrage about one of our members sleeping with his stepmother (1 Cor. 5:1-8). But the faction of upper-class males in our role-play refused to throw him out because he was helping support the church financially, and also because of their own promiscuous behavior (6:12-20).

Later, our class discussed current issues of sexuality in our denomination and our Virginia conference. A married leader was recently discovered in an abusive and extra-marital relationship with a young woman, and an outstanding young pastor of one congregation had performed a wedding for a lesbian couple. One participant in our discussion lamented, “We’re not calling sin sin anymore.”

He probably was referring to same-sex marriage, but the truth is that our concepts of right and wrong do shift depending on the context, time period, or culture. Many North American Christian churches today debate the ethics of same-sex marriage, something that would never have been considered a generation ago. On the other hand, domestic violence against women or the physical and sexual abuse of children are condemned more forthrightly today than in earlier times. In my church experience, rules about dress regulations, abstinence from alcohol, or the forbidding of lawsuits or divorce have all been compromised or ignored. I am disturbed when standard principles of interpretation are not applied to our ancient scriptures and that therefore perceptions of right and wrong are not publicly analyzed and debated in that light. But many Christians either hang on to traditional beliefs or gradually accommodate to secular culture without much thought.

In addition, the rapid growth of technology and scientific advancement in our age has raised ethical questions that did not exist earlier. How can we change our lifestyles to keep our earth from overheating? Social media is a great convenience, but can be a bane when misused. The proliferation of guns and assault rifles has perverted the meaning of the U.S. Constitution’s Second Amendment. Just as laws must be constantly updated, so must Christians constantly evaluate and update church policies and practices so that our lives conform to the gospel we proclaim to live by.

The New Testament itself highlights major shifts of right and wrong in the coming of Jesus and the metamorphosis of a Jewish faith into a faith that proclaimed a gospel for the whole world. Jesus refuted the Pharisees’ interpretation of Mosaic Law when he healed sick people on the Sabbath (e.g., Mark 3:1-6; Luke 13:10-17). In the book of Acts, Stephen questioned the primacy of the Jerusalem Temple as the major place of worship (Acts 7:2-53, esp. v. 48). In Acts 8:26-40, Philip baptized into the Jesus-community a castrated eunuch who had been biblically barred (Deuteronomy 23:1) from entering that Temple. We see Peter dragged from his Levitical food laws to the table of an uncircumcised Roman soldier who was occupying the Holy Land (Acts 10:1–11:18). We see the most basic law of male circumcision removed as a requirement for Gentile believers (Acts 15:1-32).

The early decades of the Jesus Movement must have been fraught with ethical turmoil and soul-searching. What Mosaic laws to keep and what to let go for the sake of Gentile inclusion? How to separate certain laws of ritual purity from ethical essentials? For example, as the Apostle Paul and his companions moved westward, they encountered strong women like Lydia and Priscilla who became house church leaders. Junia, one of Paul’s relatives, was sent out as an apostle herself. No doubt Paul’s own views of women’s leadership shifted as he planted churches in what are now Greece and Turkey. For the sake of the gospel, he had to work side-by-side with Phoebe, Euodia, Syntyche, Persis, Julia, Nympha, and many other women. How did the Jesus-Jews deal with this shift in leadership from an all-male priesthood in Jerusalem and a ten-man requirement (minyan) to hold a religious service?

Issues of sexuality must also have loomed large in these fledgling Jesus-communities. Previous lessons in this series demonstrated how different were standards in the bisexual Greco-Roman culture compared to traditional Jewish mores. Chapters 5 and 6  of 1 Corinthians exemplify Paul’s hair-splitting advice to a house church in Corinth: throw out the man who has transgressed both Jewish and Roman law (1 Cor. 5:1-13)—but Paul gave no such command for men who visit prostitutes (6:12-20), even though he was totally opposed to the practice.

What to do when we don’t agree?

So how do we relate to more conservative friends, relatives, or fellow church members who complain that the church “is not calling sin sin anymore”? After our Bible study in the local Mennonite church, I spoke with a friend who is part of that congregation and understands the resistance of some people to accept same-sex marriage. “In their lifetime,” she said, “these older people have had to make so many adjustments and changes in the church. This is just one more change that seems too hard to make.” I appreciated her compassion and understanding, but for those to whom scripture matters, both conservatives and revisionists must do their biblical homework as well.

In the next lesson, we will examine Romans 14:1–15:13, a text in an important letter by Paul that deals with getting along with others in the church when we don’t agree. The problems Paul faced were different from ours, but the principles of tolerance remain the same.

1.  What other conflicts did the early church confront as they moved toward accepting Gentiles?

2.  What is your personal or congregational experience getting along with other people, especially Christians who differ from you on important ethical issues or traditional practices? Have you had mostly successes or failures? When is it better to leave your church home than to keep trying to relate?

After the Apostle Paul Left Corinth