I just returned from a trip to the Gettysburg National Military Park.  Our tour guide pointed out some scattered “witness trees,” trees that lived through the battle 150 years ago and are still standing to speak to the throngs of visitors.  And they do. The ground beneath them is hallowed, and their trunks, branches, leaves, and blooms are treasures, their voices heard in whispers by those with kindred souls.

Just a few days earlier, my soul was touched by another set of witness trees.  I am not one to pay attention to trees.  I can identify a pine, a maple, a dogwood, an oak, and maybe a fruit tree if it’s bearing fruit. But while touring the Susan B. Anthony house in Rochester, NY, the docent called our attention to the large horse chestnut tree in front of the house.  Apparently the city had tried to cut it down while Ms. Anthony was living there, to make room for new sidewalks, but she fought to keep it.  It is thought that the tree was probably planted by the Anthony family, and it is documented to have been dear to her heart.

It wasn’t the tree that spoke to my soul, however, as I touched the furniture, the walls, the personal belongings of this amazing sculptor of history.  What touched me most was a set of matching framed portraits of Ms. Anthony and Elizabeth Cady Stanton, facing each other.  The docent said Cady Stanton had a set just like it on her walls. Such a strong bond, these two women, a political force that changed history, but also, despite the normal bumps of any relationship, the most intimate of friends for 50 years.  I wondered if they had purchased the portraits together, or if they were a gift from one to the other, and if so, which one? What a beautiful way to be together, pre-Facebook, pre-iPhones, though they lived miles apart.

The day after touring Anthony’s house, I traveled to Seneca Falls and visited the home of Elizabeth Cady Stanton. Unlike the Anthony house, it was mostly bare, in its beginning stages of being restored. Few furnishings were there, and no sign of the matching portraits.  What spoke to me most there were the windows, especially the river view from the upstairs master bedroom. Until after the tour.

I was standing outside the house listening distractedly as others were chatting, and the big tree under which we were standing spoke, not in a whisper, but in a shout.  “I am just like Susan B. Anthony’s tree,” it said, and it was. The same blooms, the same leaves, definitely another horse chestnut tree.

According to the National Park Service website , the tree is old enough to have been there when the Stantons lived there, and the entire family enjoyed orchards and gardens there, meaning Cady Stanton likely enjoyed plants and planting.

Just a coincidence that Susan B. Anthony and Elizabeth Cady Stanton had matching chestnut trees?  Yes, maybe.  But I choose to believe otherwise. What if, in the early years of their friendship, on Anthony’s many visits to Cady Stanton’s house, they sat under the shade of the chestnut tree, working and organizing together, as is documented to have happened in later years around the Anthony tree?  What if, a few years later, when Ms. Anthony’s family moved into the Madison St. house in Rochester, Cady Stanton, on one of her visits, helped plant the tree, or maybe Ms. Anthony planted it in fond memories of their times in Seneca Falls?  What if Anthony’s reasons for wanting to save that tree were as deep to her spirit as those matching portraits on the wall, as a soul connection to the cause and maybe to a dearest friend?  The witness trees know.

Great historical photograph of Susan B. Anthony, Elizabeth Cady Stanton, and others standing in the shade of Anthony’s horse chestnut tree.

Short biography of Anthony and Stanton

Not for Ourselves Alone: The Story of Elizabeth Cady Stanton and Susan B. Anthony (Ken Burns documentary, PBS, DVD) available for sale, rent, or streaming from several video distributors/services 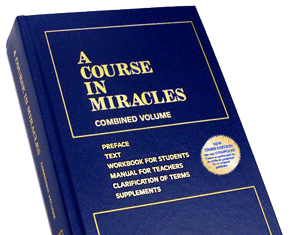 Removing My Inner Blockages to Love: How A Course in...

Virginia Ramey Mollenkott - May 19, 2014
The word miracles in A Course in Miracles refers simply to a change in perception, not to miraculously healing the sick or raising the dead. But in fact my changes in perception did heal my sickness of self-hatred and separation. And they did raise me from the deadness of valuing my own “rightness” at the expense of other peoples’ “wrongness.” Are you up for miracles? Do you have any perception you would be willing to see transformed?