A ViewPoint by Xana McCauley 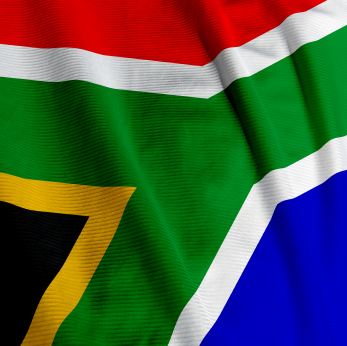 December 6: At the passing of our beloved Nelson Mandela yesterday evening, the mood in South Africa is subdued and pensive.

We are such a diverse society. The older people who were more connected to the struggle and admired him when he was perceived as the “terrorist” are mourning. I include myself here, though I was connected only in a very minor role.

We all have been expecting his passing, of course, but none of us was ready for the reality of the day. It has gripped our thoughts and hearts; we are reliving his legacy and taking stock of our own lives.

Many young people—we call them the Free Generation (or the Born Frees)—are indeed rejoicing and celebrating the life and legacy of our former president. Though they didn’t know him earlier, they admire him for what he did and became after he was released from 27 years in prison.

As for me, I am not in a celebratory mood at all.

I am well aware that I am mourning the loss of a man I have admired for his fearlessness, his sense of justice, and his faithfulness. He has finished his race with dignity, strength, and humility.

In Johannesburg there is a subdued atmosphere. Our wild traffic is not as wild. People in general are more aware of each other and more considerate  There is again a sense of unity among diversity, a palpable quietness and retrospection. Surprisingly, there have not been displays of intense grief.

Our Madiba always looked out for the “greater good,” as Jim Wallis would call it.

I cannot but question myself—did I do enough then? Am I doing enough now? (I’ve been a pastor with Hands of Compassion, a Christian community focused on racial reconciliation and service to the poor, since 1987.)

I cannot but grieve that we as South African Christians, knowing the power of God in our lives, chose again and again comfort above sacrifice, ourselves above the poor, our small lives above the lives of millions.

Archbishop Tutu put it well, calling Mandela “a terrorist turned into an icon of reconciliation.” Mandela turned to weapons at a time when there seemed to be no other recourse, but he also spent his years in prison learning Afrikaans, the language of the oppressor, as a tool for peace-making.

December 10: The Memorial Service is taking place in our Soccer City Stadium in Johannesburg. We again experience a mix of mourning and celebration. It rains throughout the day, yet many thousands of people make their way to pay their respects, including the presidents of many nations.

Again, I can’t relate to the celebration going on, but my 24-year-old son gives me some perspective on the reaction of young ones to the death of our Madiba.

“It’s something we can own for ourselves, Mom,” he explains.

Yet they are living through this world event, and for the first time they feel part of the life of this South African icon, even if at his passing.

December 15: It’s the day of his funeral at Qunu in the Eastern Cape. A stately affair—I hope many of you in North America and elsewhere watched it. The service with choirs and tributes was very moving and excellent.

It has been a tough week for South Africa. Not only did we lose Nelson Mandela, but on December 7 we also lost our world boxing champion, Baby Jake Matlala. Baby Jake and his whole family have been members of our church, Rhema Ministries, for many years. We have also been good friends. His funeral took place in our church on December 13.

He leaves behind his wife and two delightful children—both very involved in the worship and activities of our youth.

To our friends in the Christian feminist network: God bless you.  Keep us in your prayers.