Home Articles The “She” in My Pocket 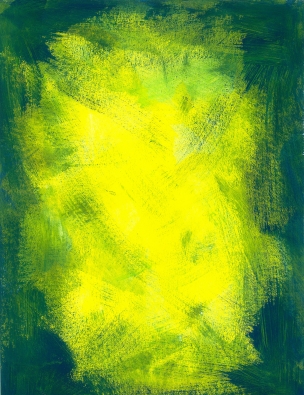 It was the first time I had seen her since her ordination, ten years before. My partner and I were on vacation, and I had summoned the courage to call and suggest a short visit. We arrived at her apartment after dark. She welcomed us warmly and showed us around before we sat down in her living room to chat.

She was my first lover. We had grown up in the church. From little tiny clouds of spirit singing in the choirs together we had grown into strong young women working to manifest the Divine in our lives.

In high school I had been transformed by our relationship. It didn’t matter to me that the love I felt meant I was gay. It was poetic, powerful, and so utterly beautiful that it made complete sense to rearrange my perception of my own identity and allow my expectations for the future to change. I was a lesbian, and that was that.

It was different for her. She dreamed of being a minister and had walked steadily down that path all her life. She felt it too, the knowledge, the irresistible understanding of how she must love, but she could not see herself as a lesbian. She wasn’t ready to surrender to it or give up the future she envisioned. In the early eighties, in our world, it was inconceivable that one could be a lesbian and a minister both.

So now we sat in her living room and chatted about our lives, our work, our happiness and disappointments. And then it happened. In the course of the conversation she calmly and casually referred to God as She. No pause, no hint of discomfort, just said in passing. My awareness stuck right there, in that moment. She.

I stopped listening for a second and held that word, She, out in front of me. I held it by the tip of the h, in my thumb and forefinger, right at eye level. It balanced nicely on the h and just kind of swayed back and forth. She. And then quickly I shoved it in my pocket and brought my attention back to the conversation.

We talked for a couple hours and then said our good-byes. My partner and I continued on with our vacation, my first lover continued on with her life. On the way back to the hotel, in the car, I glanced at the She in my pocket. I realized I was uncomfortable with it.

Somewhere along the line I had gotten a clear message that it was wrong to refer to God as She. It was some kind of Really Bad Thing.

Still, I carried that She around with me. As time went on I took it out more and more frequently to study.

I got over the Really Bad Thing part pretty quickly. Being gay helps with that. Once you identify the Really Bad Thing feeling, you can figure out where it comes from and let it go.  I got stuck in the logical arguments for quite a while. God is not male or female. So referring to God as She is just as ridiculous as referring to God as He. I eventually realized that logical considerations don’t really belong in matters of spirituality. Matters of spirituality are matters of the heart.

And I’ll be damned, that She felt so good when I held it pressed over my heart. It felt warm and comforting. It felt safe. That She sure felt like love. It felt like it belonged there. So I started keeping it right next to my heart.

I have never believed that my life had to be lived a certain way because I was female. And for this I offer my thanks to many of you who came before me. You know who you are, and I hope you know what you did, both in my life and in the broader social construct.

Throughout my life, I have advocated for the rights of women, supported groups embracing feminist principles, and tried to help other women understand their power and capabilities. Other people have used the word feminist to describe me for years.  But to my way of thinking, it wasn’t until I finally wrapped my heart around that She, that I finally understood what it is to be a feminist. 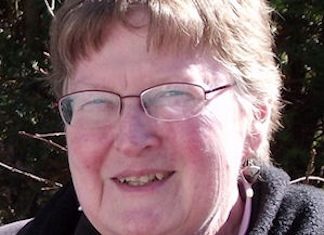 Letha Dawson Scanzoni
This past spring, EEWC-Christian Feminism Today was deeply saddened by the passing of one of our organization's founders, Dr. Nancy A. Hardesty, who died on April 8, 2011. She had been diagnosed with pancreatic cancer two years earlier and was 69 years old at the time of her death. We want to share with you some of the highlights of her life and career.