Home Articles Is There Healing for the Church’s “Mother Wound”? 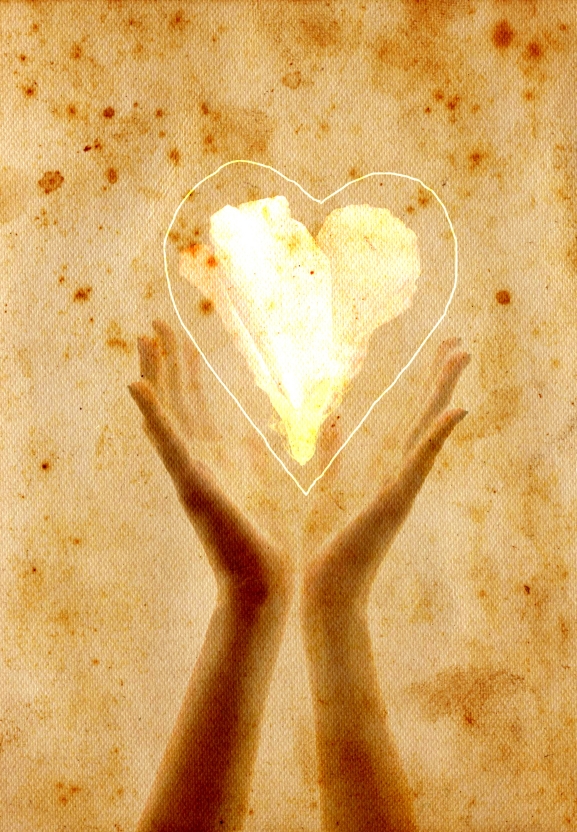 The Mother Wound. It’s the Mother of all wounds. It’s the absence of “mothering”—of tenderness, nurturance, connectedness — that I see in the traditional, patriarchal evangelical church. I’ve become keenly aware of this as I blog to the LGBTQ community of faith, because I’ve had to take a cold, hard look at the problems in the mainstream (evangelical) church. What I see is exclusiveness instead of a welcoming open-arms inclusiveness, homophobia instead of affirmation, and male-domination while obliterating the feminine.

I see all of these as effects of the Mother Wound, and I begin our exploration by way of the story of my own Mother Wound.

My mother died when I was nine, taking with her all maternal influence in our family. My father was present but not maternal. My older sister was maternal but married and rarely present. My stepmother was present but was so non-maternal that she served best as a reminder of what I’d lost.

I was a delightfully creative and smart little girl, eager to discover the mysteries of this life, but hobbled by my deep need to be nurtured. I craved not only my mother but mothering: unconditional love, encouragement and tender embrace – all of what we attribute to mothers whether or not they actually deliver (considering their own wounding in many cases).

My mother was wounded and broken, but she offered some semblance of nurturing in my earliest years, and I grieved its loss intensely when she was gone. One of my favorite early memories is lying in my mother’s lap as she gently stroked my feverish head.

My father’s offerings, on the other hand, were task-based, and I learned to accomplish: to write, to think, to maximize my time – but not to value or nurture relationships.

I noticed task versus relationship as similar to traditional ideas about masculine versus feminine. If you will indulge me a loose draping of those terms (with all the usual disclaimers and caveats), the problem of the church will begin to take form.

Churches – at least the evangelical, specifically Bible, churches with which I’m most familiar – are run by men with a task-focus. The idea is to get people in to sit and listen – to music, announcements, a teaching from the front, and an opportunity to give money – and then get them out. Add a cheery “hello” before and after, and you’ve got a basic Sunday morning. Optional expansion includes a first-hour adult class (where you can learn even more), and coffee is available.

What’s completely missing from this picture is real, meaningful, workable community. The focus is on the task of learning more to be a better Christian (with or without those exact words), but not on building real relationships that are going to matter when your father gets Alzheimer’s or your daughter gets pregnant. Those events are viewed as disruptions to our lives, which we hope to recover from as quickly as possible – instead of seeing them as part of the warp and woof of our life’s fabric. We’re expected to see these events as snags in the task of living lives as error-free as possible.

So when real life comes up – with LGBTQ people, or women, or those who are poor or otherwise marginalized – the task-focused church sees it as a problem to overcome. But such an approach is severely lacking in what it actually needs. To deal with essentially relationship-based issues from a task base will never bring peace or healing.

This is where the Mother Wound comes in because task-focus is the exact opposite of the life and calling of Jesus; it is the opposite of the Holy Spirit, the feminine helper Jesus sent to lead us in all truth and provide the nurturance we long for. The word helper can be used in two different ways: 1. An underling who does jobs no one else wants to do; or 2. A competent person who helps someone less capable or who has a need for assistance and support. The first calls to mind a menial servant; the second is the image of structural support of a house.

This second meaning of the word helper is used for the creation of woman in Genesis 2:18. It is a word that in the Bible almost always refers to God’s helping Israel and could be translated “lifesaver.” That the word is also used for woman is an amazing affirmation in such a male-dominated, chauvinistic culture. Throughout history, women have usually been treated according to the first meaning of helper (a servant assigned to perform menial tasks) and thus miss the beauty of being recognized in the second sense of the word (a source of strength and support).

But the non-affirming church does not really want a helper—even if that helper is the Holy Spirit. Because a helper requires you to take direction, to let go of the reins. A helper might direct you a different way than you wanted to go. The Holy Spirit helper leads, not follows. Male-directed churches are generally not interested in submitting to a feminine Holy Spirit, which exists only in relationship. To cut straight to the central task is to cut through and kill the relationship enfolding it. The rule-consumed church won’t allow the Holy Spirit to guide it from within relationship.

But we were designed for relationship. By relationship, I mean community, a profound experience of doing life together. Not just greeting each other on Sunday morning. The church craves relationship without knowing what’s missing. But the church thinks it’s providing it, because it’s been so deeply ingrained that task will substitute for relationship.

Take women’s ministry, for example. The church says, We meet our women’s needs. See? We gather weekly for Bible study, and we include fifteen minutes for women to “fellowship.” We serve coffee. But the countless meetings I’ve attended are not centered on relationship at all but on task; it’s the task of Bible study. I have no doubt that women attend those Bible studies in hopes of relationship. And like me, they invariably leave far lonelier than when they arrived, because we had hoped these gatherings might satisfy an inner longing for connection. But the mother-craving remains.

I always loathed being asked if my father had married again, because it implied that my mother had been replaced. Tragic loss, but at least you got a replacement (as though a task had been fulfilled). The question and its implication made my problem feel even more intractable.

The patriarchal, task-based church cannot affirm anything outside its box, because – like all good patriarchs – it must banish anything it cannot fix. Unless the patriarchal church squarely faces its Mother Wound and allows the nurturance, tenderness, and compassionate caring that has all too long been associated with the feminine (and thus rejected) to come in, it will not only fail to heal but will grow increasingly irrelevant as it fades away.

It doesn’t have to be that way. As the old spiritual says, “There is a balm in Gilead, to make the wounded whole.” Can we be open and willing to apply the balm of authentic community to heal the church’s Mother Wound? 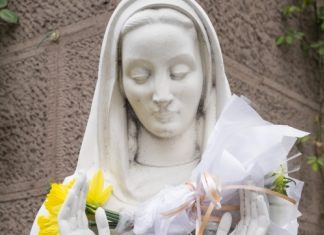 Diane Marshall - January 22, 2012
Those who are part of the Roman Catholic Womenpriest movement "along with women in the Anglican (Episcopal) and Evangelical and Protestant traditions, share the common vision of reforming the church structures from within, of re-imaging and designing a new model of priesthood..."

The “She” in My Pocket

Holy Hellion: The Rebellion of a Faith-filled Feminist