“Feed my sheep”
The street light split his eyes.
He turned away in sorrow, knowing himself now:
Rich, young, a ruler over men,
Shackled in fine silk, in silver,
Chained to a dissonant and scabrous beauty.
He stared westward, helpless, hearing still
The quiet light, the music of that voice, seeing
The thin pure crescent of the moon
So high above him,
seeing
The street’s hard strident confidence, mirrored
In the eyes, the dark observant greedy eyes
Of the beggar at the dram shop door.

“Feed my sheep”
He raised his hard eyes, cracked
And, like the beggar’s, vulpine
Toward the far cold snow of the Moon
And bayed “For God’s sake, raise my taxes.”
“Feed my lambs”

Such as he are welcome at the Manger.

The poem takes up the Rich Young Ruler’s story after he leaves Christ’s presence. At the same time it transports him to our own contemporary world.

The Ruler’s life has been irrevocably changed as a result of absorbing Christ’s world view, and his epiphany results as he sees for the first time his position in his own world. The pathology of that position is now clear to him: he sees the poor and their condition, and he sees in their watchfulness that they are Christ’s emissaries to him. He’s not blind to their imperfections. They and he are both wolfish, both imperfect, but in this new, Christian world he must do the most possible in lieu of Christ’s absolutely phrased demand.

The story of the widow’s mite comes to mind: he must also give accordingly. But the poem works on two levels, the biblical and the modern, and on our modern situation he must contribute in accord with the God-given opportunity afforded him by the unbalanced income ratios between rich and middle class and by the flawed tax laws present in our economy. In his final exclamation, “for God’s sake raise my taxes” the biblical and the modern worlds come together, and the demands of Christianity in our own time come clear. 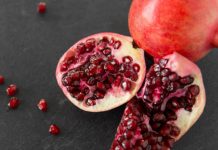 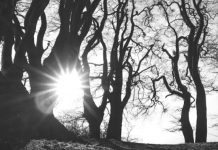