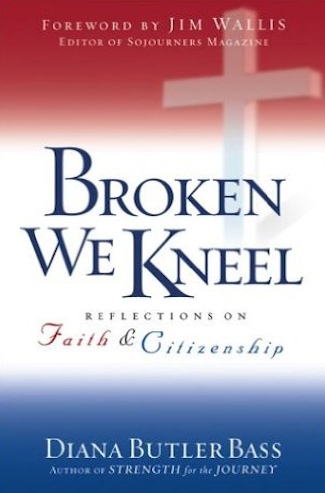 Although it’s painful to admit, U.S. Christianity—like U.S. culture, U.S. politics, U.S. economics—has long had an arrogant, aggressive, deeply triumphalist side. At times, that spirit is subdued and latent. Other times, it erupts with a fury that seems to know no limits.

Few events in recent times have seemed to unleash U.S. triumphalism any more passionately than the 2001 attacks on the Pentagon and World Trade Center. Aided by an eager assortment of media, there was an immediate uprising of U.S. culture, U.S. politics, U.S. economics, and even U.S. Christianity. Each manifested an indignation worthy of an affronted queen whose pampered slumber had somehow been horribly disturbed.

The natural—and important—question of “why?” became a constant mantra. Anyone who dared, however, to probe for an answer to that critical question was quickly dismissed as a traitor. When arrogance rules a nation, its own violence toward others is the only legitimate violence. So there could be no answer to the “why” question. To suggest that others might honestly have deep feelings of anger or might consider themselves exploited because of what we have done was seen then — and it is seen now — as treason of the foulest sort.

The perpetrators were constantly demeaned by referring to them as “terrorists,” a label which conveniently made them “other” in comparison to the far more abundant deaths resulting from “normal” U.S. policies and actions.

As Diana Butler Bass points out in her thoughtful and very personal narrative about post-9/11 spiritual survival, U.S. churches of all stripes were deeply complicit in the flag-waving, sin-justifying, we’re-gonna-smash-you, God-bless-America spirit. In their sermons, formerly courageous preachers refused to mention the biblical mandate of peace. In their prayers, formerly compassionate deacons studiously avoided even appearing to invoke God’s slightest blessing on those who might be seen as “enemy.” In some once-holy sanctuaries, flags flagrantly assumed a greater prominence than crosses.

It was as if U.S. Christianity, in a vain dance with the powers that be, had conveniently recast Scripture to read, “There is but one that is righteous — and it is us.”

Broken We Kneel reflects one woman’s quest to see more clearly — and to live more faithfully. Throughout her book, Diana Butler Bass writes with gentle grace, but the journey that she describes — like many of our own journeys — has not been easy.

She struggled as a wife, as a mother, as a seminary professor — and as a church employee — with what she calls “the marvelous paradox of alien citizenship.” The struggle was made more difficult because the local parish in which she had been happily employed joined in the sacrilege. It “sought comfort in relighting candles of priestly civil religion.”

And in this setting, she was also engaged in teaching her four-year-old daughter what it means to honor other faiths and to love and pray for those considered enemies. The young child, upon seeing Osama bin Laden on television, announced spontaneously that she was going to pray that God would change his heart “into a heart of love.”

In the end, Diana Butler Bass had to find a new spiritual community. She had to struggle “to know that I am a citizen of a better city, one whose virtues and ends differ from those of my nation.” She had to “be an emissary of that other city.” She had to “look beyond the earthly city’s travails to the peace of the city that is harder to see.”

Thus, despite the horrible pain, suffering, and deaths inflicted by the events of September 11, 2001, Diana Butler Bass sees God’s grace in the tragedy. She writes:

“The attacks on that late summer day opened a theological window for Americans: to recognize that security is a false idol. We were victims of violence. I think the rest of the world sympathized with us because, stripped of our superpower status, we were suddenly vulnerable to the violence and suffering that afflicts the whole globe — and to which we are often blind. And that was a gift of grace: to see that human security is flimsy at best, while the deepest security is found in the love of God through the vulnerability of Jesus’ cross.” (p. 107)

“Biblical tradition witnesses to the illusion of earthly security,” she writes. “From Pharaoh’s army drowning in the Red Sea to the apostles in chains in Roman jails, the Word teaches the folly of trusting in possessions and power to keep us safe from harm. Faith is not about security; rather it is about certainty in God’s love — no matter what.”

When U.S. churches, imitating U.S. culture, masked the truth that had been revealed on September 11, Diana Butler Bass — like many of us — felt beaten and broken. She realized that she had been assaulted not just by forces without but also by forces within. Arrogant pride, patriotic fervor, and unthinking indignation sat like putrid wax in the ears of those who once claimed to hear the Spirit’s call.

Again and again, we are victimized by those who eagerly parade themselves as God’s righteous victors. Broken, we kneel. Broken, we find grace.

Those who are truly sustained by God’s enduring embrace are not those who wave flags and proudly announce that they and they alone deserve God’s blessing. For the Gospels tell us that divine favor is lavished first and foremost on those who fall to their knees, persecuted and despised, lonely and dejected, uttering vaguely and perhaps even incomprehensibly, “God, be merciful to me, a sinner.”

On one level, the message of Diana Butler Bass’s lucidly written volume could be seen as slightly dated. The events that immediately followed September 11 are fading a bit from each of our memories. “God Bless America” bumper stickers are adorning fewer church doors. Televisions no longer replay the awful scenes.

Yet the virulent triumphalism that followed that time — including the arrogant display of muscle and might that saw the United States demanding the world bow even further to its wishes — lives on with terrifying possibilities. It lives on, for example, in the words and deeds of a roused-up coalition of folks who end up throwing filth on Christ by using his name to further a mean-spirited agenda against women, against those who are gay or lesbian, against those who are poor and struggling, against Muslims and “infidels,” and against all who refuse to acknowledge them — and them — alone as “victors.”

weconnect – There Will be Some Tears