AUDRE LORDE, who titled herself “black, lesbian, mother,warrior, poet” at an African naming ceremony shortly before her death from liver cancer in the Virgin Islands in 1992.

Daughter of immigrants from Grenada, Lorde was born in Harlem in 1934, was married and bore two children before she became openly lesbian and radically womanist. With Barbara Smith and Cherrie Moraga, she co-founded Kitchen Table: Women of Color Press.

Lorde angered certain white feminists by calling white women “agents of oppression.” And indeed, when I had the privilege of meeting Ms. Lorde in New York City, her first question to me was “What exactly are you doing to combat racism at William Paterson University?” Thereafter, you may be sure, I redoubled my efforts in that regard!

Read some of her more famous quotes on Brainy Quotes. 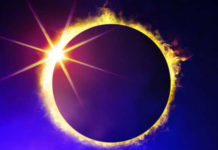 weconnect – And There Was Singing