Home ViewPoint Blog Is There a Litmus Test for Christian Feminists? Should There Be?

A ViewPoint by Melanie Springer Mock 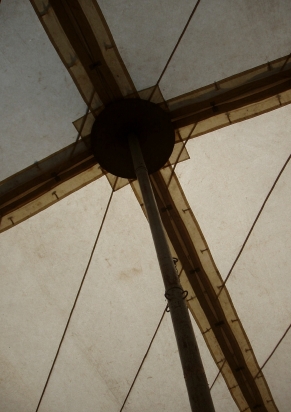 Here’s an honest admission. Sometimes, when I’m with a group of progressive friends, and they begin bashing Republicans, arguing that all Republicans are backwards, woman-hating, unthinking rubes, I get a little uncomfortable. Scratch that. A lot uncomfortable. Such characterization might have a whiff of truth to them—certainly there are Republicans who fit those traits—but lumping all Republicans together troubles me, especially because of this:

My husband is a Republican.

He is a careful thinker, someone who believes strongly in justice, a pacifist who for many years ran our university’s Center for Peace Studies. He has his reasons for being a Republican, and while I may not agree with all his reasons, I admire the strength of his conviction and his willingness to have constructive discussion with those who might disagree.

I wondered about this especially after reading “10 Signs That Feminism Might Not Be For You,” written on The Outlier Collective site. The article is fascinating, well worth the read. The author, who goes by the pseudonym belljarblog, outlines reasons why the feminist movement “might not be” for some people who identify as feminists. Even though I’ve believed myself a feminist for some years now, if these ten signs were some kind of measure of my own strength as a feminist, I would surely fail. This woman’s feminist tent is not big enough for me.

Consider, for example, her point that a feminist must be pro-choice in all cases, no exceptions. She writes, “You are either pro-choice or you are anti-choice. There is no hierarchy of abortions; they should be available to everyone, on demand, and without apology.” And on this, I’m not so sure. Do all feminists really need to have such a black and white view of abortion to identify as feminists?

I’ve written in a FemFaith post about my own complicated understanding of abortion, and my belief that the issue itself demands nuanced thinking. While body autonomy is important, surely there are instances when a woman’s choices affect others in her community, and those others deserve some consideration, don’t they?

The writer of The Outlier Collective blog seems to suggest that feminism means complete autonomy, in all things. She argues that a “real” feminist demands that a woman can do whatever she wants with her body, including filling it with McDonald’s hamburgers or, conversely, getting breast augmentations. It is her body, after all, to do with as she pleases.

Hopefully, Christian feminists would struggle with this claim, understanding that our bodies are made in God’s image, and in reflecting the Divine Creator, we are called on to love our bodies as they were made and to treat ourselves kindly and well. If that’s the case, though, at least in the mind of belljarblog and many of her 500-plus commenters, we would not be considered true feminists.

Or do I agree with this idea? How many times have I assumed someone couldn’t be a feminist

So I come back to my original question. Is there a litmus test for Christian feminists? Should there be? Or can we create space at our communion table for women and men of all kinds, who are at different places in their own life journeys, but who believe fundamentally that we are created in God’s image and called by God to be all we were meant to be?

How can you call God “Mother?” Isn’t that goddess worship?