Today I’m writing about all the difficulties swirling around those of us occupying the margins, and how hard it is to remember we are only tasked with creating Her peace in ourselves. 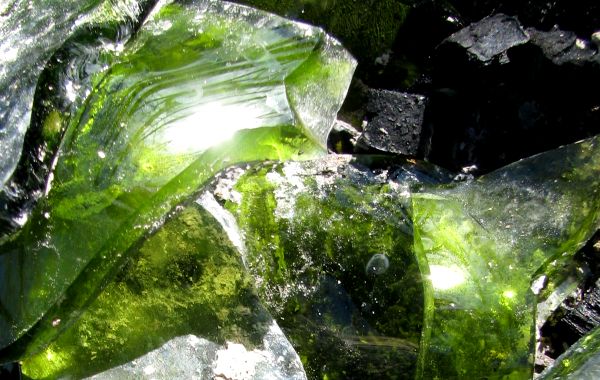 I’m tired of so many of my state’s politicians doing and saying embarrassing things. (I live in Indiana.)

I’m tired of walking around wondering what conservative Christians who oppose LGBT equality will think of next in their effort to reinforce our marginalization and their own isolation from us.

Tired of being treated as less than, unequal to, or a special case.

Tired of trying to figure out if I can watch the local news yet without someone saying something demeaning about people like me.

Tired of a world in which there are so few words to accurately describe an experience such as mine.

My partner, my friend in recovery, and my therapist all tell me that anger doesn’t have to look like yelling and shaming and ruining things.  That there’s no chance mine ever would.  But the anger I’ve seen wrecks things and people, and explodes into so many sharp little pieces that you can never hope to clean all of them up from inside you.  I’m terrified of anger.

But I have to listen to what I’ve been saying, read what I’ve been writing.  And I see it there, I hear it there.  Because it’s starting to seep out.

I feel it in me, like a full pitcher that keeps spilling no matter how slowly and carefully I try to walk.  There’s no room for more of it, simply no room.  And yet I can’t help doing the only safe thing I’ve ever done, swallowing it, choking it down.  But there’s no more room and I don’t think there’s anything else I can do to stop it.

If I were able to be angry, I’d be angry that kids get yelled at and hit, and we think this is fine.  We are so utterly invested in exonerating the parents who inflicted our own wounds, that we can’t even stop long enough to conceive of a world in which children are raised without shame and violence.

If I were able to be angry, I’d be angry that entire industries are devoted to violence and killing, and our economy would be in shambles without them.

If I were able to be angry, I’d be angry that we have allowed an amazing new interpersonal communication resource to turn into the most emotionally violent venue for expression ever created in human history.

If I were able to be angry, I’d be angry that Christianity continues to be exploited and used by egotistical people intent only on attaining notoriety and power by preaching a gospel of superiority and sowing the seeds of fear.

If I were able to be angry, I’d be angry that governance and national leadership has become little more than a self-serving game of power and control.

Here’s a simple fact; if I were going to be angry, I wouldn’t even know where to start.  So much of the wrong is twisted and tangled and tied together.

But it is more than I am right now.  All of it.  I am too tired and scared to be angry.  So for the rest of today, I will hold the pitcher steady and try not to spill any more on this page.

And I will lift my eyes, and search for my breath, and orient my awareness back into my body. I am here, sitting on my back deck.

Lisa’s in the kitchen making food for the hummingbird feeders.  The daffodils scattered throughout the woods are swaying with the breeze.  There’s a squirrel trying to climb up the pole to the feeder.  It’s cool but the sun is warm on my face.

The neighbor kids are playing outside, squealing and running up and down the hill.  Their dog is running along with them barking at one then another.

I lift my hand slightly in hopes that She will reach and touch me gently.

And in time with my breath, I slowly come into my self.  Relinquishing everything else, especially the twisted wrong I cannot contain forever.

I feel myself shrink back down to size. And as happens lately, this makes my eyes fill with tears of relief.

There it is again, the rhythm of my blood and breath.  And here, now, yes right here is that treasured something like me, the soul created by Her and tasked with navigating this experience, and doing nothing more than creating a small island of peace and compassion.

“This,” She whispers patiently.  “Just this.”  And I struggle to believe Her.

For the master’s tools will never dismantle the master’s house. They may allow us temporarily to beat him at his own game, but they will never enable us to bring about genuine change. – Audre Lorde

Originally published on the Emerging Voicesblog on Patheos.

Is the Bible Divinely Inspired?