Today I’m writing a very personal reflection on mental illness, and the conversation too many of us are afraid to have. 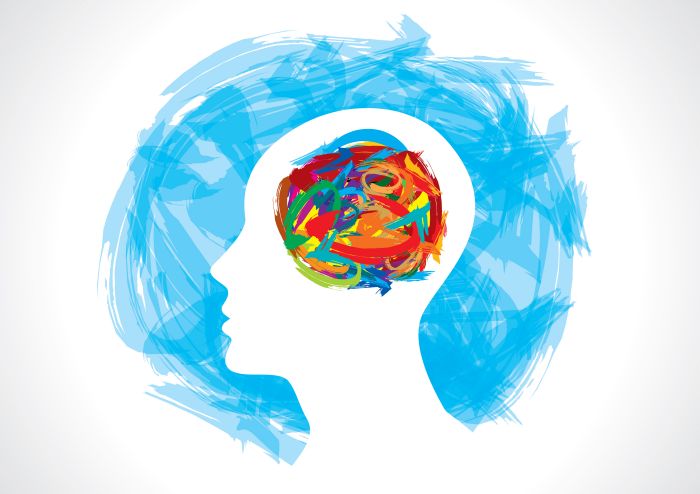 The statistics on sanity are that one out of every four Americans is suffering from some form of mental illness. Think of your three best friends. If they’re okay, then it’s you. – Rita Mae Brown

Mental illness is the last frontier. The gay thing is part of everyday life now on a show like Modern Family, but mental illness is still full of stigma. Maybe it is time for that to change. – Eric McCormack

Tears were running down my face. I was a solid core of nothing but intense feeling. Pain, fear, anger, something else I couldn’t identify. I could see and hear but not process any of the input. The only thought I could hold in my head was making it stop.

I muted my phone so she wouldn’t know. Hit myself in the head, hard, a few times with my open hand. The stinging pain ran down my neck to my chest. I saw stars. My hand tingled. Things slowed down and cleared up considerably. I unmuted the phone.

I wasn’t really okay. Those two little words are a lie more often than they are not, lately. But even so, even though she knows those two words to be the most suspect words I speak, it does no good to argue with them.

I use them to deflect attention away from myself. I use them when I want to become invisible. I use them to move on to the next moment. Which may or may not be less unbearable.

But this has been a significant part of my experience over the last 18 months.

Time to Tell the Truth

I was so moved by David Hosey and Sarah Lund’s courageous truth-telling about mental illness during the workshop they presented at the Wild Goose Festival, titled “Christ on the Psyche Ward,” that I felt moved to do some truth-telling myself.

The term “mental illness” conjures up fear. We think of dangerous people sneaking around doing dangerous things. But the fact is that most people with mental illness are a lot like me. People who get along with others, people you interact with, people you care about.

Most of us figure out ways to function quite well when we’re around other people. David Hosey spoke of acing his classes in divinity school during the day while spending evenings fighting suicidal urges alone in his apartment. I try to only interact with other people on my good days. On the more challenging days, I limit my communication to the people who know what is going on.

Chemical imbalances and neural pathways bent out of shape cause people like me to think, feel, and/or behave in ways that seem unusual to others. Some causes are known: heredity; biology; environmental factors; difficult life experiences. Traumatic events and situations cause changes to the brain and other systems involved in neurological and emotional processing. The vast majority of us are not dangerous, but in some important ways we are certainly different.

The thought that our minds can play tricks on us, that problems in processing can cause us to be self-destructive, fall prey to addictions, misunderstand what is really happening in our lives, or get utterly caught up and lost in sadness, fear, or rage is scary. I know it scares the hell out of me. But for too long the societal fear of mental illness and those who suffer psychological problems has prevented most of us from even talking about it.

I think a lot of us with a diagnosis are afraid of what other people will think of us, or say about us, if they knew. We’re afraid people won’t hire us, won’t trust us, will start to avoid us, because they won’t know what to say.

I’ve learned a lot over the last eighteen months. My life has been nearly unmanageable at times, and it’s only through the grace of God and the amazingly supportive people surrounding me that I have been able to stay on the planet. But even so, I have been learning some very important things, not the least of which is humility. It’s possible I’m wrong about everything. But equally possible that I’m getting some of it right.

I learned that sometimes a person simply can’t get out of bed and face the world. Being wrapped up in the comfort and safety offered by a soft pillow and blanket, coupled with the absence of anxiety-provoking human interaction, just might be the right choice every now and then.

I’ve learned that sometimes a person cannot, with desire and willpower alone, stop enacting their addiction. No matter how awful that addiction makes them feel, no matter the destruction it brings to their life, it is better than the pain it relieves. Blaming and shaming have no place in curing addiction. But naked truth, courageously presented, meticulously reinforced, sure does.

I’ve learned some of the most compassionate people I know can’t stop hurting themselves because that’s the only thing they know will stop the wild cacophony of emotion pounding their brains to a pulp. Don’t expect (or require) someone’s self-harm to stop until a better (and safer) method of emotional regulation has become available to them.

I’ve learned that the most important gift the world gives us is another person who can hear and see and feel our authentic truth, and love us because of it.

I’ve also learned that this society will make any number of accommodations for those with differing physical abilities, but those with differing mental, emotional, and social abilities are expected to suck it up and deal with things the way they are. We don’t bat an eye asking the church member in a wheelchair if we can reach something on a high shelf or help them navigate a crowded aisle on the way to take communion, but we avoid the person with social anxiety, who can’t look us in the eye, or who is visibly nervous and stands alone during the social hour. I wonder if, deep down, we are thinking, “It’s not my responsibility to deal with their problem.”

I’ve learned to listen to people’s stories with my heart, to really listen, and recognize I probably have no idea how scary it is for them to share their story with me or how difficult it is to trust me with it. I’ve learned to honor that with all I’m worth.

And not that I had to learn this, but just in case you never have, don’t ever tell anyone God will heal them if they only believe strongly enough. Just. Don’t. Ever. Even if you think that.

It’s Time for This

I think we’re afraid of this topic and we don’t know what to do. But the only way to get over fear is to walk through it. So let’s all stop avoiding the subject. It’s time to talk to each other.

Letting the undercurrent of danger and the obvious misconceptions about “mental illness” exist unchallenged doesn’t truly serve any of us. That’s why I’m speaking up, inspired as I am by the courage I felt from David and Sarah at Wild Goose; silence no longer serves me either.

Watch the trailer for Sarah Lund’s book, Blessed are the Crazy: Breaking the Silence About Mental Illness, Family, and Church. (2014, Chalice Press).

Read David Hosey’s recent post on this blog, “Lithium and a Prayer: A Few Thoughts on Mental Illness, Medication, and Spirituality.”

Originally published on the Emerging Voices blog on Patheos.)