Home Where She Is Blog Shifting Certainty

In this post, I’m talking about certainty. I’ve mentioned before how certainty can keep us from God. Today I talk about that in a little more detail. Here’s a taste: 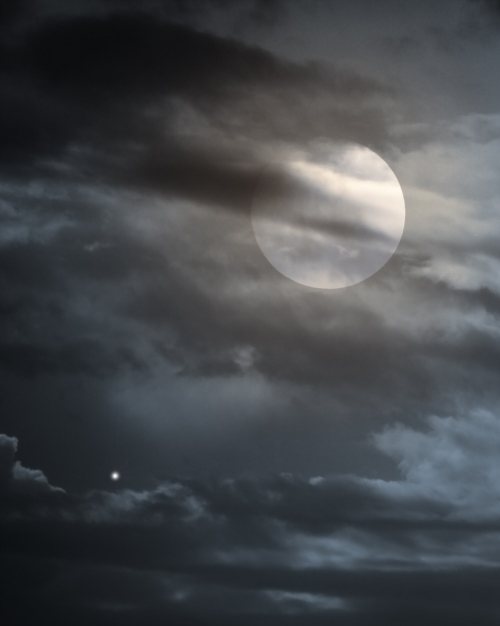 It’s colder now. The stars look brighter. The air is crisp and tastes clean. I’ve started wearing a coat when I go out to walk and pray at night. Orion, my bow tie friend, is no longer hugging the edge of the sky. He’s ascended high overhead, because it’s his time now. And I have begun to let this in.

Tonight, I saw a new starry face, low toward the horizon, in the east. Bright, despite the light of the almost-full moon.

It was very late, or very early, depending on how you look at it. The star sat mute in the sky.

And, yes; very late at night, you can walk the streets of your neighborhood and talk to the stars. You can talk to yourself, or the rock in your pocket, or God, or any of your friends. Out loud. It’s okay to do that when no one is looking.

I used to have a star chart when I was a kid. I’d get my compass out and line it up just right. Try to name the stars up in the sky by looking down at the chart in my hands. Always had mixed results. Now I just pull up Google Sky and point.

I pointed at the new light in the sky.

Sirius, the dog star. One of the brightest stars in the sky. Not a planet after all. “Sirius?” I asked.

I can always tell the difference. Stars shimmer and dance. Planets have a steady light. I furrowed my brow and checked the other familiar objects, making sure Google Sky could be trusted.

Can’t be, I thought.

And that’s the thing. We are often certain when we are wrong.

“Huh.” I said out loud. And, believing finally, I let my perception shift from one certainty to another.

Since there was no one out there with me, since I had asked only the stars themselves and Google Sky (who can’t talk back or report on my inaccuracies), I smiled.

It can be just that easy for me to be wrong, just that easy to move from one certainty to another. I think one thing, I discover believable evidence, and I move to thinking something else. No problem. No shame. No big deal.

But, of course, this only applies when I am walking around at night by myself talking to the sky.

The rest of the time it’s not so easy to move from one certainty to another. It’s often very uncomfortable and disruptive. Because there’s usually someone watching, someone who doesn’t welcome the move. Someone who says or thinks, “Wait, you can’t just change your mind about something like that!”

And even though I can, because I always have the option of just changing my mind about something like that, as soon as they say it, the door swings wide open and those annoying jerks—shame, regret, judgment, and blame—come sauntering in, laughing and pushing each other around like the rowdy teenagers they are.

That’s when a carefully considered shift in certainty becomes the reason for all kinds of internal pushing and shoving, all kinds of worry and confusion, all kinds of second-guessing and backpedaling.

People are wired to desire social bonding. Bonding is most comfortable among people who generally find themselves in agreement with each other. I like being with people whose certainties line up with mine.

But sometimes I discover that the certainties bonding me to other people no longer hold up to the evidence. I know it. I can feel it. I can hear Her whispering in my ear about it.

And it scares the hell out of me, thinking about what I stand to lose by simply changing my mind. And I become less responsive to Her will, and less willing to surrender my hands and heart to Her work.

I think that’s why, the older I get, the more my spiritual practice begins to resemble my nightly walks. Something I do alone, with little worry about how I might be perceived by others.

I don’t want to have to think, anymore, about external pressures to conform. I don’t want to be hampered by internal confusion and second-guessing. As the rest of my life unfolds in front of me, as God reveals Herself more clearly, as Christ/Sophia’s love blooms ever more tenderly, I want my certainties to be able to shift with as little resistance as possible.

I want to make it easy for me to be wrong, so that I may better approach the vast and incomprehensible nature of All That Is.

Originally published on the Emerging Voices blog on Patheos.