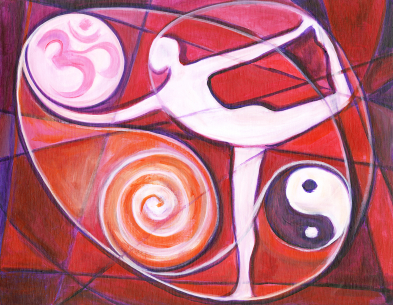 Recently in Indianapolis, a respected yoga teacher, Chris Roche, stopped teaching yoga entirely because he felt it was at odds with his conservative Christian beliefs.  In a blog post announcing his decision he stated, “Christian mysticism and yoga were leading me and my students further away from what I feel is the Truth (Jesus’ love and salvation), not closer.”  In a subsequent post he reiterated that in teaching yoga he felt he was leading people astray, quoting Luke 17:1-2, “Things that cause people to stumble are bound to come, but woe to anyone through whom they come. It would be better for them to be thrown into the sea with a milestone tied around their neck than to cause one of my little ones to stumble.”

Chris could have simply kept his message personal, and written something like, “In my faith journey, I no longer connect with teaching yoga as I once did, so I’m not going to do it anymore.  I wish all my students and fellow teachers spiritual journeys filled with as much love and joy as mine is.”  But instead, sadly, he did something I have come to expect from fundamentalist Christians. After 14 years of doing yoga himself, Chris makes sure to bluntly denigrate the path his former students and friends still follow.

“Personally, I’ve found the philosophies of yoga and beliefs are false, deceptive, and misleading to the practitioner.”

Chris is not alone in his feelings. The influential and strict neo-calvinist pastor Mark Driscoll labels yoga “demonic.”  And some parents in California took a school district to court because yoga had been made part of the school curriculum and the parents considered it against their Christian faith. (The judge ruled against them.)  I don’t believe yoga is incompatible with Christianity. Teresa B. Pasquale, yoga teacher and Christian, doesn’t either, and discussed this briefly in a wonderful interview published earlier this week.  Perhaps we can take a look at this topic more fully in another post, but for now I want to make another point.

I know that everyone has their own path.  And that fundamentalist Christianity is a path that some feel compelled to walk.  But it’s hard for me, both intellectually and emotionally, to comprehend why some find solace in paths that necessitate judgment and exclusion.  However I do understand that there must be many life lessons to be learned by following such a path.

I wanted to talk about this here because, time and again, I watch someone take it upon himself or herself to publically portray their own restrictive version of Christianity as the only path to “Jesus’ love and salvation.”  To people like Chris there is only one real Truth (with a capital T), and it’s the one he believes in and calls it Christianity.

I saw something analogous recently when the major media outlets felt they had to respond to the DOMA decision by making sure dozens of anti-LGBTQ ministers were paraded across our TV screens (with the label “Christian” crawling by under their talking heads), all stating that the “homosexual lifestyle” was incompatible with Christianity.  That’s their Truth (with a capital T), it’s the one they believe in, and they call it Christianity.

Let me be clear, these are people who (intentionally or not) inflict great spiritual injury on LGBTQ people, people like me.  On a day of joy and celebration when we achieved a legal status many of us never expected to live to see, it was hurtful to be repeatedly subjected to their discourse of exclusion and condemnation.

It’s important to realize what happens when certain people are allowed to claim ownership of the meaning of Jesus Christ, whose life and teachings were centered on love, nonjudgmentalism, and inclusion (just the opposite of what is being emphasized by many of the Capital T-Truth folks). Allowing fundamentalist Christians to present their version of Christianity as if it were the only version, without challenge, has led directly to where the church finds itself today.  The public has come to understand Christianity based almost entirely in fundamentalist terms. 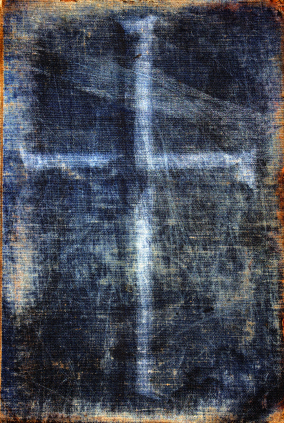 And this is exactly why I am extremely uncomfortable when someone labels me or my work “Christian.”  Because I know when that label is affixed to my life and/or work, what I am saying and doing will inevitably be relegated to the background noise of most people’s lives, that place reserved for the often injurious discourse of all those who spell Truth with a capital T and call it Christianity.  It doesn’t matter who I am or what I’m saying, affix that label to my work and it’s going to happen.  All that matters is the word and what it has come to mean.

Each time I write something like this, people take great pains to tell me that “most Christians” are not like this.  They say most Christians are kind and loving and compassionate, and most Christians believe in things like my right to equal treatment in society, the church, and the law.  Most Christians, they say, are tolerant of the right of other people to pursue the spiritual path of their own choice.

Well, you know what?  Maybe this is true.  But if it is true, and if most Christians really are kind, loving, and compassionate, and believe other people have the right to seek spiritual fulfillment where they feel led to do so, then most Christians better start making some noise. Because to those of us keeping track at home, the Truth with a capital T Christians are making it a priority to define what Jesus Christ taught, proclaiming themselves as the authorities on what Christianity looks like.  And apparently most Christians must have more important things to do than to try to present a different view, or clear up any confusion.

Most Christians are letting judgmental, fear-based people usurp the moral authority given to them by the grace of Christ/Sophia. And I think it’s way past time to wake the hell up to the reality of that. 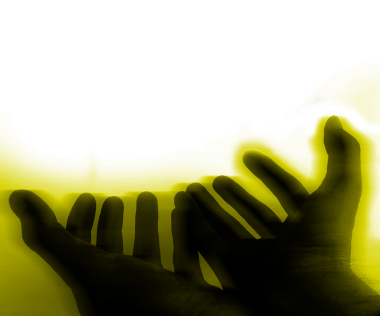 Sorry, most Christians.  I know it’s a little rough to call you out like this.  But look, if I can summon the courage to surrender to Her call, to do the work of Christ/Sophia with all the “Christian baggage” I have, I think maybe it might be possible for you to speak up every now and then for the Muslims, or immigrants, or poor people who are being exploited by the 1 percent, or to create something compelling to let other people better understand what most Christians believe, or to organize a campaign or some kind of deliberate effort to make sure LGBTQ people know Christians support their efforts to gain full equality under the law—some ways to start demonstrating that these loving people, who are called Christians, are ready to do what it takes to heal some very old, very deep wounds.

Look, I’m not saying fundamentalist Christians are acting inauthentically, I’m not saying they should be silenced.  What I am saying is that they should not be allowed to control virtually the entire public presentation of what it means to be a “Christian,” as is currently the case.

Christ/Sophia exists beyond all our divisions, beyond all our labels, beyond all the “us and them” we are so compelled to create.  Ruach informs all aspects of existence, no matter what path we choose to walk.  Mother God entrusted Her creations with the ability to choose freely to embrace what comes to us with the expansive open hearts of love— or not.

And just in case Chris has found his way to this post, I want to dedicate the beauty of this passage from the Wisdom of Solomon (11:22-12:1) to the good work I know he did, teaching yoga, for the last 14 years.

Because the whole world before you is like a speck that tips the scales,
and like a drop of morning dew that falls on the ground.
But you are merciful to all, for you can do all things,
and you overlook people’s sins, so that they may repent.
For you love all things that exist,
and detest none of the things that you have made,
for you would not have made anything if you had hated it.
How would anything have endured if you had not willed it?
Or how would anything not called forth by you have been preserved?
You spare all things, for they are yours, O Lord, you who love the living.
For your immortal spirit is in all things.