It’s hard to know where to begin in responding to your last letter — and especially the link to the video in which the pastor labeled sensitive, gentle, kind, caring, men as “chickified.”

What is it about these male supremacist guys and their preoccupation with chickens? When I lived in Indiana, I was listening to a Christian radio call-in program on March 21, 1967 when a woman called the program and asked why women couldn’t preach and teach in the church.  The preacher hosting the program replied that ministry is for men only and that it’s for “a very good reason.” I expected him to argue from some Scripture verse, but no, his “very good reason” was this: “God made roosters to crow and hens to lay eggs.”

I’m not kidding!  And he let it go at that — obviously not taking a sincere inquirer’s question seriously.  I immediately wrote down the exchange to use in a book I was planning to write on Christian women in the home, church, and society.  The anecdote became the epigraph for the chapter on “The Church’s Wasted Gifts” in All We’re Meant to Be, the book Nancy Hardesty and I coauthored a few years later — which was, of course the book that you read this past April and then contacted me for the first time.

I noticed that you ended your last post with a fear that because of warnings such as those on the “chickified” men video, “somehow all the work of women pioneers is going to be unwound, and the next generation of Christian women is going to inherit this harmful neo-fundamentalism.”  No, Kimberly, I think you can relax. That’s not going to happen.  Too much progress has been made in the advancement of women, and we aren’t going to reverse direction — although sadly, some women might reject not only the discriminatory teachings of some churches but will reject Christianity as a whole.  But the exciting historical, psychological, sociological, and biblical/theological scholarship that took place under second wave feminism has made us women more aware than ever where we once were.  And we don’t want to go there ever again.

A number of years ago, I read a statement claiming that the church is probably the only institution remaining where discrimination against women is elevated to the level of principle! But thoughtful, gifted, educated women have been and are continuing to reject second-class status in the church —  no matter how loudly certain preachers use “separate but equal” language.  Our country has already discarded that kind of reasoning regarding racial injustice, and such reasoning cannot be permitted to excuse gender injustice.

Warnings about “Feminization of the Church”  Aren’t New

The emphasis on distinct gender roles to avoid the “the feminization of the church” is nothing new. Many historians have pointed out the vast changes that took place in Europe and America during the industrial revolution as movement from a rural economy to wage work in cities brought about vast social changes.  Such changes — including gender expectations — brought fear of chaos and a yearning for order.

Historian and theology professor Betty DeBerg points out that the social upheaval made men unsure of how to prove their manliness.  She writes,  “Defining and experiencing manhood by relying on the traditional male prerogatives of land, skilled and physically demanding labor, and patriarchy became very difficult over the course of the industrial revolution”( Betty A.Deberg, Ungodly Women: Gender and the First Wave of American Fundamentalism, Fortress Press, 1990, p.17).

One solution was to assign men and women entirely separate “spheres.”  She quotes Barbara Berg’s statement that “Men may not have known who they were or what characteristics they had, but by insisting that women had all the weak and inferior traits, they at least knew what they were not” (Barbara Berg, The Remembered Gate: Origins of American Feminism: The Woman and the City, 1800-1860, Oxford, 1978, p. 73).

Women’s participation in the economic and political world was limited at the same time women’s role in the home was being exalted.  The “cult of domesticity” or the “cult of true womanhood” grew up.  Home was a haven, and women were the keepers of morality and civility. Language about the business world as a jungle to be conquered or a battle to be fought provided a way for men to redefine their manliness, and they could take pride in their role as sole provider for their families. (Of course, this description applied only to privileged, white, middle-class families, who actually came to define success and achievement of middle-class status by a husband’s ability to be sole support of his family.)

The stability of the economic warrior (or breadwinner) symbol depended on keeping women out of the male sphere of business, labor, politics, and government. Women were assigned to the home, where they would not jeopardize, symbolically or practically, the deep and unambiguous sense of manhood fostered in and dependent on an exclusively male workplace and public domain (p. 19).

But by the 1880s, the influence of women in the churches was worrying the male clergy.  DeBerg’s research convinced her that “at least one part of the fundamentalist agenda was to regain the church for men.”  She continues:

To achieve that end, fundamentalist ministers, uncomfortable with a feminized institution, worked on two fronts. They attempted, first to diminish women’s influence and power by calling into question the legitimacy of women speaking and holding positions of authority within the church. Second, they replaced feminized Christianity with a language of virility, militarism, and Christian heroism. (p. 76)

A Promise to Answer Your Questions about My Own Feminist Journey

I realize I have gone through all this historical background of 19th century and early 20th century gender-role attitudes without answering your questions at the end of your last letter about my own mid-20th century feminist journey.  You asked what life was life for me when I first started my work and how I compare those times to today.  So rather than make this letter any longer, I am going to post an extra letter to tell you something about my own journey as a Christian feminist writer.  I’ll take up where I left off in my July 30 post when we were discussing our thoughts about The Feminine Mystique.

Talk to you again soon! 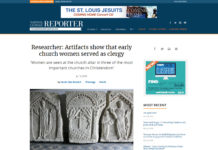 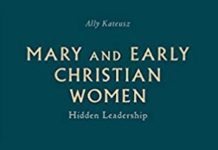 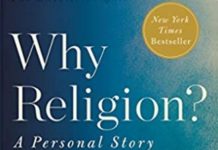 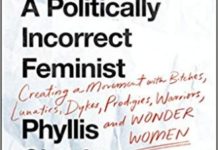 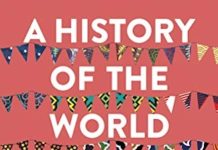 A History of the World in 21 Women 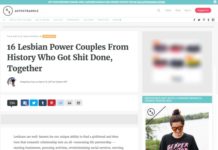 As they launched it in the summer of 2008, they were aware that the digits of their respective ages were exactly reversed. Letha was 72 and Kimberly was 27, hence the title and the numeric nicknames they use for their posts.

Letha Dawson Scanzoni (alias “72″) is an author, editor, and writing consultant who lives in Norfolk, Virginia. She is the editor of Christian Feminism Today and the EEWC-CFT website and has authored or coauthored nine books. Letha was one of the pioneering writers in the biblical feminist movement that began in the 1960s and ’70s as second wave feminism arose.

Kimberly B. George (alias “27″) is a writer and teacher living in Seattle, Washington. She is currently working on a book tentatively titled, Bites from the Apple: Memoir of a Young Christian Feminist. It tells of her struggles to find and express her authentic voice as a young Christian woman awakening to third wave feminism in a new century. Kimberly also writes two other blogs: Shaft of Sunlight and Faith and Gender: A Necessary Conversation. As described in the first post, “How It All Began."

Index of posts with dates and authors is here.

More Posts by the Authors

Faith, Rebellion, and a Larger Story