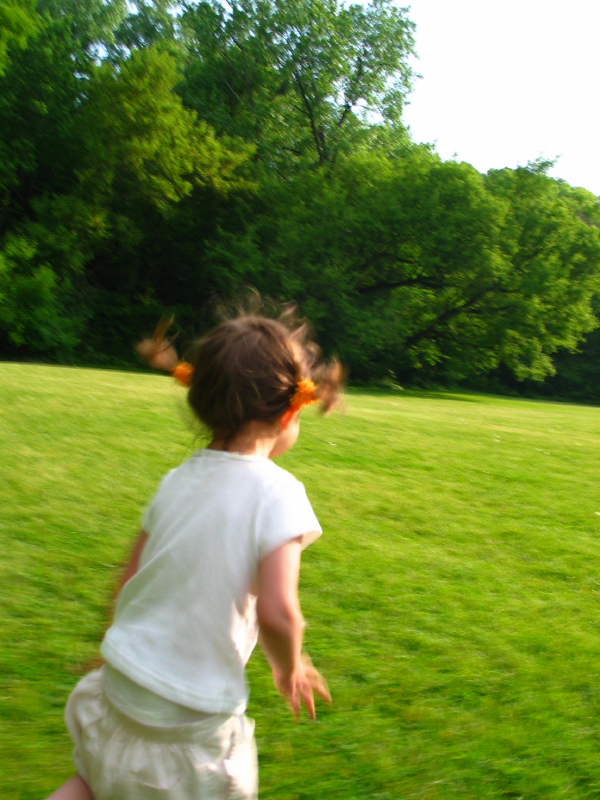 I was five or six years old. Playing by myself in our back yard, just past the black cherry tree that was one of our favorites for climbing. Our house was on the corner of 58th and Oakland, two quiet streets on the north side of Indianapolis. Huge metal electrical towers stood humming behind our house. Their right of way created a wonderful play area everyone called “the back forty.”

The neighborhood was made up of families with young kids and some older couples. The houses were simple, mostly one-story ranches with three bedrooms.

This was the sixties.

Kids played outside all day, alone and in packs. Adult supervision was occasional. “Why don’t you go out and play,” we were told by our mothers. It was normal to be unsupervised. Normal for the big kids to keep an eye on the little kids. Normal for the moms to look out their kitchen windows every now and then to make sure all of us were getting along.

It was not like it is now— parents didn’t feel the need to watch their young kids every minute.

We had rules and boundaries. Don’t cross 58th without permission. Don’t go more than four houses down the street. Ride your bikes on Oakland and Parker only. Watch out for cars. Don’t fight.

That afternoon, as I played alone in the side of our yard, just past the big black cherry tree, a car slowed along 58th.

It stopped next to where I was playing and a middle-aged man rolled down the window and beckoned me over. “Hi,” he said. “I’m lost.”

“Oh,” said the tiny me looking at him through his open window.

“Do you know which way is west?”

I was five or six years old. I think I was aware that west was a direction one might find on a map, but I had no idea which way it was.  Trying to appear helpful, I pointed up the road. “I think it might be that way,” I said.

I wonder if it struck me as odd that a grown-up would ask someone my age this question.

“Well, I need to find which way is west. Maybe you could get in and we could go see if it is up that way,” he said, pointing out the front window and looking into the distance. Turning back to me and smiling warmly, he said, “Why don’t you get in and we’ll go see?”

What it was, I don’t know. Maybe someone had impressed on me never to go anywhere with a stranger, but that’s not how I remember it. What I do remember is a weird feeling creeping up from my toes to the top of my head.

This man is dangerous.

“No!” I shouted. And I turned and ran as fast as I could into the house and told my mom what had happened.

The man must have driven away because the car was gone when my mom looked outside.

Funny, I remember my mom being very calm and simply telling me I did the right thing.

Later that week, my mom, now in her role as the Brownie leader, talked about my experience with the other little girls in our troop. She didn’t tell them it was my experience; she just said it had happened to “someone in the troop.” I remember sitting there wondering why, if I did the right thing, she didn’t tell everyone it was me. But I kept quiet as she talked. She used the story to explain to the other girls that if they ever encountered a similar situation, they must react the same way.  “Don’t ever get in a car with a man you don’t know,” she said.  “Run and tell your parents.”

It wasn’t until several years later that I even understood what I had avoided that day.

But what is remarkable to me, thinking back, is that after only five or six years on this planet a tiny little girl was aware enough of something to know that a smiling man meant to do her harm.

For information on the #YesAllWomen Twitter hashtag, and links to more information, check out this Link of the Day post.  EEWC-CFT member Esther Emery posted her own response to #YesAllWomen here.