Home Where She Is Blog Dave Ramsey’s Missed Opportunity

Last Wednesday I was scrolling through Twitter and I came across a tweet by Rachel Held Evans:

I began following the links (like any good librarian would) until I figured out the basics of the issue: Dave Ramsey posted a list titled “20 Things the Rich Do Every Day” on his blog.  There were enough negative comments about it that he added a commentary at the end of the list, defending his decision to post it and making some powerful statements about his critics and his views on poverty.  Rachel Held Evans responded directly to Dave Ramsey via Twitter, receiving this Tweet in return:

The conversation went back and forth, culminating in an opinion article written by Evans and published on CNN.com.  I shared her article on my personal Facebook page because I felt it was well written, and succinctly highlighted specific problems with Ramsey’s views.

I actually credit Dave Ramsey with helping me get out of debt.  Three years ago, I was a full-time student making poor spending choices, giving nearly all of my money to credit card companies and never getting ahead of the debt.  I phoned my mother and sobbed because my credit card company had cut me off, and I owed nearly $40,000.  Mom lovingly offered to pay for a Dave Ramsey Financial Peace University class.

For four months, my wife and I attended class in a little church off the main highway, surrounded by farmland.  The class leader welcomed us (although I believe we were the first lesbian couple to darken the class doorway), and each week we learned about money— spending it and saving it.  The one moment that changed my mind completely was a class that included Proverbs 22:7, “The rich rule over the poor, and the borrower is slave of the lender.”  The concept resonated deeply within me.  I was so tired of giving all of my money to companies that didn’t care about me, that didn’t want to help me.  I wanted to make the decisions about how to spend my money; I wanted the freedom to make better choices.  I was ready to get out of debt.

I would love to say that I immediately incorporated all of Dave Ramsey’s teachings into my daily life and got out of debt in six months, but it’s been a process.  However, those classes planted a seed that I have nurtured for three years, and I can see the finish line in terms of paying off my debt.  I have recommended Financial Peace University classes to others struggling with debt, and I have watched others succeed in getting out of debt using Ramsey’s techniques.

However, after reading the posted list and his commentary, I believe that Dave Ramsey missed a golden opportunity. 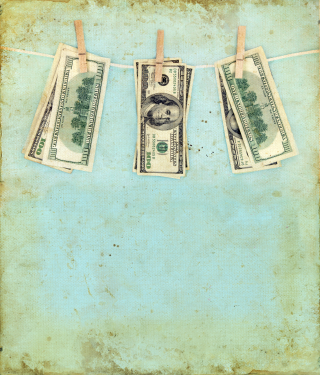 Ramsey’s commentary is a version of my least favorite response to anything, online or in person: “I know how you feel.”  Ramsey is saying that he knows how it feels to be poor, and that he knows how it feels to be rich, and that his choices represent the right way (and God’s way) for poor people to become wealthy as God intended.  Ramsey’s experience becomes the starting point for everyone who is challenged by poverty, even though there are many people who can’t even get there to begin making lasting change to their economic situations.

What if Ramsey had posted the list and followed it with a series of questions, asking readers to share their thoughts about the list and what it brings up for them?

What if Ramsey had invited people outside of his own circle to discuss the list and its strengths and challenges?

What if Ramsey had devoted time on his radio show to the list and invited people who didn’t agree with it to discuss the issue?

What if Ramsey had not chosen to use phrases like “doctrinally shallow” and “spiritually immature” to describe people who disagreed with the list?

What if he hadn’t described someone who believes that “better choices” don’t always equal “better results” as a “fatalist?”

What if, instead of saying “I know how you feel,” Dave Ramsey said, “Please tell me your story, I’m listening?”

Had Ramsey responded differently to his critics the resulting discussion might have served to lessen the stigma of being poor in one of the richest countries in the world.

He might have helped to moderate the rampant prejudice against people who struggle to find financial peace.

He might have invited greater compassion, understanding, and love into a world that sorely needs it.

He might have started to redefine how Christians effect lasting change, change that more truly represents their beliefs.

I read a quote today from an unknown source: “when you judge someone else, it doesn’t define who they are. It defines who you are.”  I would rather be defined by my compassion and my kindness, my willingness to listen, then by my judgment.  It’s a battle I fight often, especially when it comes to my judgment about poverty.  I’m grateful to people like Rachel Held Evans for speaking out to combat that judgment, although I believe she will meet with great resistance from those who are perfectly happy living in that comfortable space.

Dave Ramsey was presented with a golden opportunity to change the existing dialogue about poverty in this country, and he missed it.

Ed. Note – Check out this related post on the ViewPoint blog by Alena Amato Ruggerio

Light Shines in the Darkness: My Healing Journey through Sexual Abuse...