Home Where She Is Blog Fred Phelps is dead. And I’m glad for him. 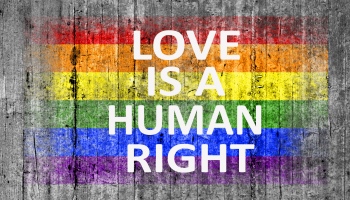 Fred Phelps is dead.  And I’m glad for him.

The way Phelps lived his life hurt me in a very real and personal way. It’s been difficult for me to find any compassion for the man. But somewhere along the way I did.  Through Her grace. Through surrender to the call to “forgive those who trespass against us.”

However, forgiveness notwithstanding, I will always carry the wounds inflicted by his perverted presentation of Christianity. His battle cry of “God hates fags” helped keep me away from the experience of Christ/Sophia for decades.

Phelps was the logical conclusion of the legalistic Christian culture that shamed me, that stripped me of my chosen path of spiritual expression, that ruined my faith in Christianity.

Even though Christ/Sophia, or the teachings of Jesus for that matter, had very little to do with the “Christianity” of Fred Phelps, the fact that he called himself a Christian (and we heard no objection) resulted in innumerable LGBT people of my generation choosing to dismiss Christianity while at the same time learning to fear, if not hate, Christian people.

Fred Phelps is dead.  And now, I’m glad for him.

Not because I think death is a punishment that he deserves.  Death is death.  It happens.  It’s not punishment, it’s not right or wrong, it’s just another part of this dance we do.  I’m glad he’s dead because one way or another I believe he’s no longer being tortured by his own pride and fear.

I don’t know what happens after we die.  I sometimes suspect it may be more like nothing than it is like something, but I can’t know.  Nor can anyone else.  Even people who “die” and come back don’t really die.  The things they experience when they are “clinically dead” may or may not be indications of what death is like.

I know, as a Christian I’m supposed to believe in some specific construct, something involving resurrection, heaven, and hell.  I know I’m supposed to, but I just can’t.  That whole thing—at least the way it’s usually presented— sounds way too much like here for me to believe it is what goes on there.  To me, it seems utterly egocentric to think that we maintain our awareness of ourselves as separate beings in death.  I can’t help but think self-awareness is simply a function of our aching separation from Source, a longing to rejoin the One who formed us.

To me, it seems most believable that after we die the line between us and everything else blurs in way we aren’t capable of understanding. Perhaps it is best to think of it as Mystery—and just stop there.

I enjoy imagining that.

Fred Phelps is dead.  And really, I’m glad for him.