Home Where She Is Blog Hurtful Words Hurt

Today I’m writing (again) about what I have termed the “newly discovered continent of violence” threatening our world. 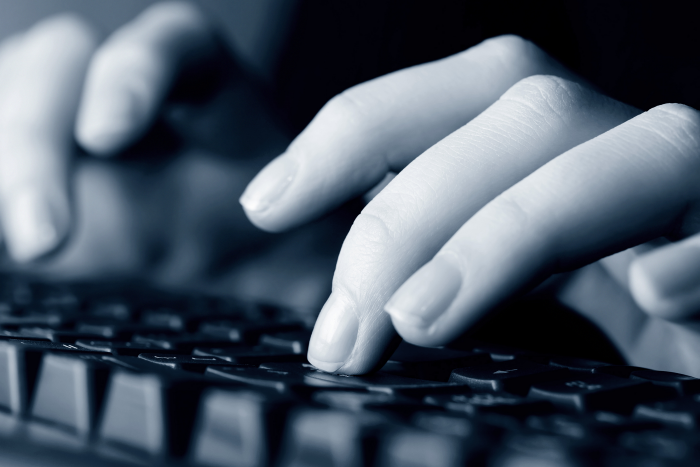 Who has helped you utter these words? And whose spirit spoke from your mouth?
(Job 26:4 NIV)

There are millions of new combinations of words created every day, combinations that are put here, on the web, for anyone to view. And there’s one thing that not enough people are concerned about, one thing we think can’t be helped, one important thing about all those words.

A lot of them are hurtful. Some intentionally so.

Talking with my therapist Wednesday, I said, “I just don’t understand why I can’t get used to this, why it still hurts so badly.” (I was talking about the mean things some Christians were writing and saying about LGBTQ people in the wake of Tony Campolo’s statement.)

But I expect the hurtful words spoken by Christians who oppose LGBTQ equality to someday stop hurting me.

Not because I’m too sensitive. Or because I have some PTSD reaction left over from losing my church and what I thought my life would be 35 years ago. Or because I should be more careful about what I read. It isn’t my fault.

Stubbing your toe hurts. You don’t get used to it. It hurts every time.

And hurtful words hurt. You don’t get used to them. They hurt every time.

And we’ve got a problem here, my dear friends.

We, in our often subtle service to the Hector Protector of our tender cores, our ego, and our excitement to share those things we know with certainty, we say and write hurtful things much more often than we care to consider.

It used to be, for millennia, that our utterances were most often shared with just a few like-minded friends, family members, and acquaintances. Those people shared our prejudices or, at least, were inclined to either fight back against them or forgive our presumptions. But now our words are not just shared among people we know; they are also, frequently, shared in public, on the web. Now, the things that only three people may have heard thirty years ago are sitting there visible to, quite literally, millions of people. Our individual ability to reach and offend and invalidate other people has exploded.

The result? Sometimes, making fools of ourselves. Sometimes, hurting people. Often, both.

My friends who work to understand violence in our culture, churches, and families will tell you how wounding words can be.

Yet, just as most of us ignore the celebration of graphic violence that plays out on our TVs and movie screens every day, most of us refuse to recognize this vast continent of verbal violence that is now a part of our global landscape.

Maybe if we allowed ourselves to notice what is going on, we could start looking for more loving ways to express our experience. Maybe we could make it a priority to speak more kindly in asking others to respect our boundaries or consider our viewpoints.

See, good, productive communication takes work. It’s not just letting what is repeating over and over in our heads spill out onto our keyboards before we click the post button. It’s not just saying what we think. It’s thinking about who we are addressing, what we are trying do with our words, when the best time is to say it, where it would be best to share it, why it even matters that it be said, and how it will land on the people who read or hear it. Considering those points will help us determine whether or not certain words even need to be said in the first place, especially to everyone in the world.

The author of the following tweet has a purpose in writing, most likely something having to do with reinforcing his own religious and gender identity. But it is clear that he didn’t take the time to think about how productive (and how potentially hurtful) his words would be.

“#TonyCampolo is no more an #evangelical than #BruceJenner is a woman. They can dress it up & claim whatever they want; it doesnt make it so.” (sic)

The author of this tweet perpetrates verbal violence on trans* people and evangelicals who support LGBTQ equality, not to mention Caitlyn Jenner and Tony Campolo specifically.

I don’t deny it’s his right to type these words and push send. But is it necessary, is it constructive, or is it (even unintentionally) an act of verbal violence?

The question I hope we will ask ourselves is whether or not sharing potentially hurtful words with the world does anything essential? Or does it just serve our own egos, reinforcing the way we would like to be seen, our projected identities, to the people who already know us?

I’m not saying any of this is easy. It’s not, and that’s the trouble. It’s messy, difficult stuff. Here I am calling someone out, and generally criticizing the way many people make use of their online presence. I hope I am doing it in a careful way, inflicting as little injury on other people as possible, and doing so in service of a kinder, more loving climate for us all to enjoy online.

I write this today because I feel it’s imperative we stop ignoring this huge new problem of verbal violence, even as it’s exploding into every corner of the world. We must start thinking about how to mitigate some of the harmful effects on the human beings involved.

Hurtful words hurt.  And there’s already too much suffering here.

Originally published on the Emerging Voices blog on Patheos.

Verbal Violence Is No Joke!