Home Where She Is Blog What She Did Here – Marillia Hinds 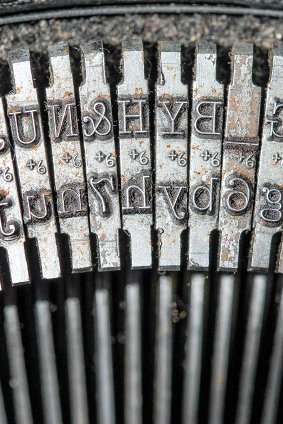 This year an EEWC-CFT (and Indiana Chapter), member, Marillia Hinds, slipped away from us, quietly, without a fuss.  And I think that’s exactly how she wanted it to be.

Read an article in which EEWC-CFT members share their memories of Marillia here.

I want to tell you a little about what she did here, because it matters.

I never met Marillia in person, because for the last 10 years— the entire time I’ve been involved in EEWC-CFT—it was too difficult for her to leave her house to come to our Indiana Chapter meetings.  My friends Sharon Bowes, Becky Bender, Kay Nanett, and Liz Bowman would talk to her on the phone and visit with her, and then share news with the rest of us.  So I got glimpses of Marillia from their descriptions, but I never was fortunate enough to look in her eyes, or sit across from her and experience how she made a room feel.

But still, even though we never met, Marillia was very kind to me.  A little less than a year ago, she sent a letter to me saying, “I feel well acquainted with you, know how talented you are and how hard you work.”  Her encouragement is what I took away from our interactions.  But now, writing this and looking back on her life, I realize that she left us all with something much more important as well, something I hadn’t noticed until now.

There are a couple of things you’ve got to know about Marillia.  She was passionate about gender justice, and she had a manual typewriter she used to write lots of letters.

Marillia wasn’t some big splash person in the world.  She didn’t write books.  She didn’t get interviewed on the TV or the radio.  She, as far as I know, never even looked at the Internet.  But she was a fearless feminist activist, and used the only pulpit she had, her typewritten letters, to do what she could to change the status of women in the United States.  Marillia spent a lot of time and energy composing and sending letters to presidents and CEOs of companies challenging them to involve women in leadership roles. Liz Bowman describes her work this way:

“She’d research the number of women on their boards of directors; if there were none, or few, she’d write to the presidents, saying she was a stockholder and wanted to know why there were not more women on their board. She’d let them know that she expected to see more representation by women on company boards in the future. I suspect she sometimes purchased small amounts of stock in male-dominated companies for the specific purpose of writing to leadership as a stockholder.”

Almost every day I think about some big deal corporate person, or some government representative and know with certainty that they could do better, and I wonder if maybe I should at least try to say something to them.  Should I offer suggestions about how to be more reasonable, more compassionate, more responsible?  And every day I simply let it go.  Because I start thinking about how I am nothing to them and no words of mine could ever make a difference to someone like them.  I blow it off.

But Marillia didn’t blow it off.  And I’ll tell you what I think is going on.

I think Marillia understood that ultimately if she didn’t say something, something might never get said.

I think she knew that words of justice never lack authority.

And I think Marillia knew that every time we refuse to second guess ourselves and our worthiness, and instead just do what we can, we open another doorway through which more compassion and justice can enter the world.

I think Divinity has crafted yet another beautiful story for Her children in the life lived by Marillia Hinds.  And I think there’s a moral to the story.

Words of truth—whether through a voice, pen, keyboard, or a well-used manual typewriter—are never wasted.

A Resource for Women’s Gatherings